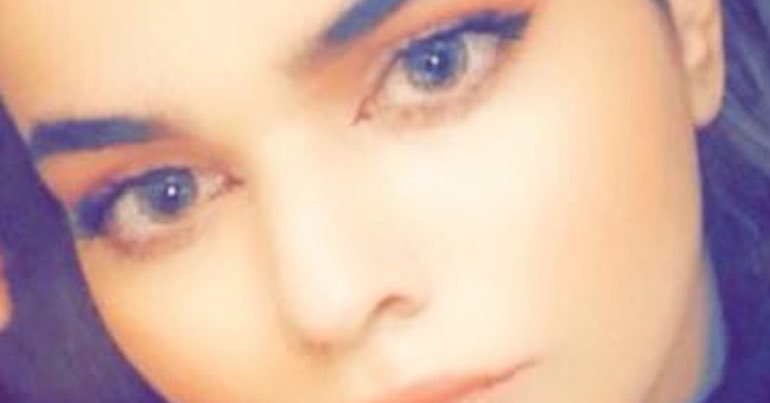 On 6 January, Rahaf Mohammed Alqunun – an 18-year-old Saudi Arabian woman – began sending messages on Twitter. Whilst on holiday in Kuwait, she fled “domestic abuse” from her family and tried to reach Australia to claim asylum. But she reported that Saudi Arabian officials took her passport in Bangkok. From a locked hotel room, her tweets alerted the world to her plight. She feared for her life if forced to return to Saudi Arabia.

The United Nations High Commissioner for Refugees (UNHCR) stepped in to offer Alqunun protection so she can apply for refugee status and apply for asylum in a third country. But her bravery has shone a light on the appalling treatment of women in Saudi Arabia – one of the world’s most oppressive regimes.

Amnesty International reported that, while barricaded into a hotel room, Alqunun “expressed clear fears for her safety if she returns to her family, and could face criminal charges in Saudi Arabia for disobeying laws on male guardianship”.

Under Saudi Arabia’s harsh male guardianship laws, women have no independent rights. They can’t travel, marry, work, or even access healthcare without permission from a male relative. So by fleeing to Thailand, there’s no underestimating Alqunun’s bravery. She told the world defiantly: “I’m real and exist”.

This is a copy of my passport, Im shering it with you now because I want you to know I’m real and exist. pic.twitter.com/6yzVyFifp7

And her fears are well grounded. Because in 2017, another Saudi Arabian woman, Dina Ali Lasloom, also tried to flee to Australia. She was forcibly deported from the Philippines and has reportedly not been heard from since:

As Human Rights Watch reported, Lasloom faced “serious risk of harm if returned to her family”. But once back in Saudia Arabia, she also faced:

possible criminal charges, in violation of her basic rights, for “parental disobedience,” which can result in punishments ranging from being returned to a guardian’s home to imprisonment, and for “harming the reputation of the kingdom” for her public cries for help.

As Alqunun and many others pointed out, she’s not safe until she gains legal asylum in another country:

On behalf of Rahaf we, her friends, thank all of you guys for the tremendous support that Rahaf has never dreamed of.
You are the source of her power and she’s asking you “Don’t abandon me yet. I’m not safe yet, hopefully, I will be transferred to a safe country soon”
❤️❤️❤️❤️❤️

I'm so pleased that @rahaf84427714 got her passport back and is safe. But it's not over until she has safely sought asylum in a third country. Here is to @rahaf84427714's incredible bravery! Please also #StandwithSaudiFeminists and the #Saudi women who remain trapped or detained. https://t.co/BSEGjvoelv

Rahaf, you have shown us that we can do this. Rahaf, you have shown us that we deserve to be free. Those women and the men who are fighting for women’s rights activists who are in prison today in Saudi Arabia, they are the leaders – the vanguard of a revolution that will free Saudi women… by ending once and for all the guardianship system which is the foundation of patriarchy in Saudi Arabia… Fuck the patriarchy.

“Rahaf al-Qunun-mark my words,is going to start a revolution in Saudi Arabia.Go on social media now & watch accounts of so many young Saudis saying,“Rahaf,you’ve shown us,that we can do this! Rahaf, you have shown us,that we deserve to be free”
pic.twitter.com/4VG2rKnGQ5 #SaveRahaf

As the hashtag #SaveRahaf spread on Twitter, it also showed the immense power of social media. So much so that a Saudi official ‘joked’ that he wished her phone had been confiscated instead:

"I wish they would've taken her phone instead of her passport" – Saudi Arabia's Charge d'affairs, Bangkok Mr. al-Shuaibi

The #SaveRahaf movement changed everything
Rahaf's bravery gives Saudi girls hope to seize their freedom & choose their own beliefs – The world has their back pic.twitter.com/fvM2nBKGFr

And this is a very serious point. Because silencing activists is a key weapon of oppression in Saudi Arabia. The regime warns people not to speak out about imprisoned and tortured female and political activists.

The “Wahhabi religious establishment” governs women’s rights in Saudi Arabia. Wahhabi interpretation of Sharia law – considered the “most restrictive interpretation of Islam” – dictates “the law of the land”. As a result, “the religious establishment largely controls education, the all-male judiciary, and policing of ‘public morality'”. It also entrenches the male guardianship system.

Alqunun ran from this oppression, and her bravery means more people are speaking out against the terrifying Saudi regime.

Rahaf, we salute you.