Flying in the face of high street trends, independent bookshops are now on the rise - Canary 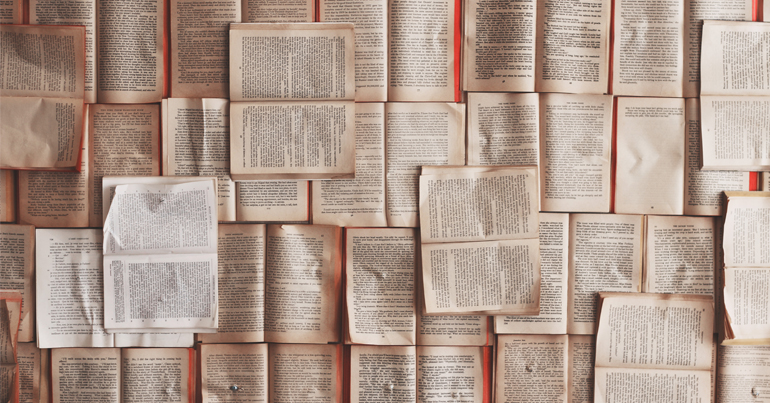 While several major retailers have collapsed or are struggling, the Booksellers Association (BA) has revealed independent bookshops are fighting back. The number of independent BA members has grown two years in a row. And it’s only getting stronger.

On 6 January, the BA said membership by independent bookshops grew in 2018 by a total of 15. This builds on last year’s announcement that 2017 had seen the total grow – for the first time since records began in 1995 – by one. At its lowest point in 2016, the BA had 867 independent members. After two years of climbing, by the end of 2018, it counted 883 independent members. In total, the BA currently has 5,029 members.

Meryl Halls, the BA’s managing director, noted both celebration and caution when speaking to the Bookseller:

It is extremely encouraging to see independent bookshops succeeding in 2018, demonstrating the creativity and entrepreneurship of booksellers in the face of difficult challenges… We do, though, also need to consider these figures in a wider context… Bookshops (especially our larger members) continue to experience unequal business rates, and struggle alongside wider retail with unfair competition from online retailers, as well as post-Brexit uncertainty.

This cocktail of pressures has been an ongoing concern for independent bookshops over many years. In March 2017, the BA’s CEO Tim Godfray suggested wide ranging reasons for 11 years of consecutive shrinkage. These included business rates, online retailer Amazon, newer forms of entertainment such as Netflix and video games, and e-readers such as the Kindle.

There seem to be a number of reasons for the growth. The Guardian, for example, reports Daniel Ross of Storysmith in south Bristol as saying that shops like his are an “essential function of a community”. The Bookseller quotes BA president (and owner of Mr B’s Emporium in Bath) Nic Bottomley:

Credit has also been given to “creative” approaches taken by small businesses to their shops.

From one horse’s mouth

The Book Hive opened in Norwich in 2009 and has become the city’s iconic independent bookshop. It has thrived during the past decade despite being located just minutes from a major Waterstone’s. The Canary approached owner Henry Layte to ask why he felt shops like his are making a comeback:

It is always hard work running a shop like this because overheads are expensive, but the core support and customer base is ever growing, and tourism is too. If you create a shop that people want to come into and find things they didn’t know the were looking for, then people are very responsive. There is also a real feeling of people no longer wanting to use Amazon for ethical reasons, as well as realising that buying in store is often easier, even if you have to order.

And on how new independent bookshops could set themselves up for the long haul, Layte said:

New shops should be able to sustain if they provide something different. Selling the big new hardbacks at full price will never work, because they are so much cheaper elsewhere. Create something that truly reflects the place you are in and stock accordingly, and you are in with a chance – as long as the local people are up for it. It’s a two way deal – we are lucky as Norwich loves indies. Perhaps not all places are the same.

While prospects are up for independent bookshops, libraries are facing a tougher time. The Guardian reported on 7 December 2018 that “almost 130 public libraries… closed in the last year in Britain”. Nearly 600 libraries have gone since 2010, with every year seeing a fall in paid staff as well.

Volunteers play an essential role in keeping many remaining libraries open. Latest figures show that 500 of the 3,800 public libraries open rely on volunteers. This has resulted from years of austerity and local council budget cuts.

The newest figures on independent bookshops show the public wants to support local community reading efforts. And a government analysis on library users even shows “over one quarter of all library services… have shown an increase in use”. But their closure shows truly universal access to books is in danger.

While growing numbers of independent bookshops may be something hopeful, public libraries are no less essential to the vitality of a community.