Here's why the name of the UK's new political party is very, very unfortunate - Canary 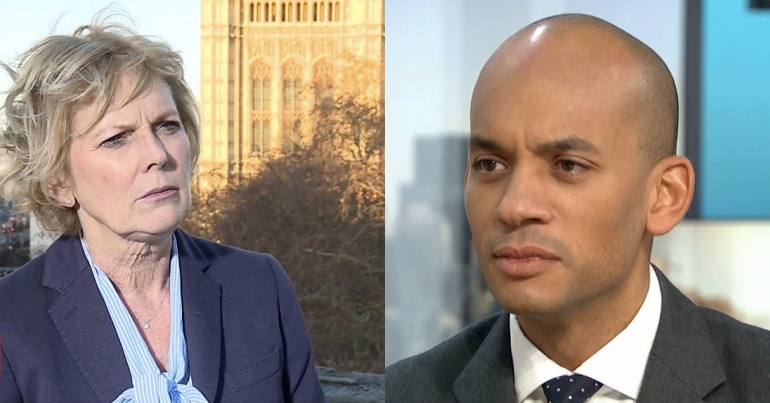 On 29 March – the date the UK was meant to leave the EU – breakaway MPs known as The Independent Group (TIG) announced they were forming a new political party. They are now planning to be known as Change UK. For many reasons, this new name is very unfortunate.

The 11 former Labour and Conservative MPs have applied to the Electoral Commission for recognition as a political party. They say this is to ensure they can stand candidates as MEPs if there’s a long extension of Article 50:

We've done this in order to stand candidates in any European elections that come about as a result of a long extension of the Article 50 process, and we hope to shake up the two-party system and provide people with an alternative that can change our country for the better.

We in Change UK, as we hope to be known, don’t just dream about a fairer and better future for our country, we are determined to unleash it through hard work, passion and shared endeavour.

But it didn’t take long for people to question the rationale behind the new name. Because to many people, this group’s policies certainly don’t seem to offer a great deal of change:

So the establishment coalition have named themselves ‘Change UK’. They support:

These people aren’t interested in change. They are charlatans.

Meanwhile, the new name reminded some people of other parties:

The independent petition group Change.org is also not happy. It is seeking “guidance” about TIG’s new name:

It's said that imitation is a form of flattery. But the movement we've built in the UK to win campaigns for ordinary people is ours – all 17 million of us. We are seeking guidance on the proposed use of our brand name by those reported to be setting up a new political party (3/3)

Anna Soubry further inflamed this matter when she apparently referred to her new party as “change.org”:

The website is very angry about this branding, @Anna_Soubry also just accidentally called her party https://t.co/xGKZj0cObx in the chamber. Understand legal advice and advice from the Electoral Commission is being sought. https://t.co/XP14E4m9cs

Perhaps though, in some ways, this is the perfect name for the new party. As people pointed out, it’s quite apt for members like Chuka Umunna:

Umunna's TIG MPs have just announced their party name is to be Change UK in honour of all the times Chuka has changed his policies:

There’s also been a lot of speculation about how Change UK’s name may get shortened. For some people, there seemed to be an obvious connection between certain letters and its spokesperson’s first name:

"How about Change UK? It could be CHUK for short? And maybe adding an 'a' on the end, just rolls off the tongue better." https://t.co/rZvnhNn9s3

No Change UK more like. Anyhow — meet the cuks.

It’s fair to say that less than 24 hours after applying to be a new political party, things are not going well for Change UK. And that’s just based on its name.