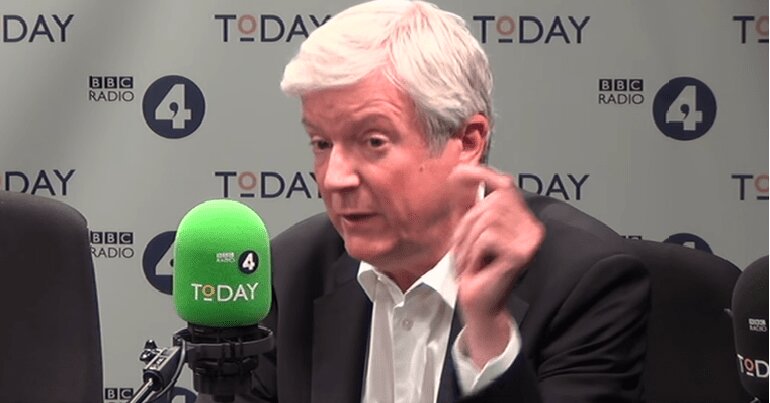 BBC director general Tony Hall has warned that the publicly funded broadcaster is losing its reputation. Hall, who occupies the most powerful position at the BBC, said that people’s perceptions of BBC impartiality “have weakened in recent years”. He then added that the broadcaster’s leadership needs “to see what we can do to strengthen them”.

“We must stand up for it”

In the BBC‘s annual plan, Hall continued on impartiality:

We must stand up for it and defend our role like never before. It is essential if we are to continue to be the place people know they can trust to get to grips with what is truly happening in the world, and to hear the broadest range of views

I would die in a ditch for the impartiality of the BBC.

Supporting Hall’s claims of a weakened perception of BBC impartiality, Kuenssberg has long faced allegations of bias. In May 2016, a petition to remove her for alleged pro-Conservative reporting gained 35,000 signatures in a handful of days. She also stood accused of biased coverage of the 2016 UK local elections.

There are many other examples of the discontent Hall speaks of. For instance, in August 2018, thousands of people joined an online campaign to switch off the BBC for its alleged smearing of Labour leader Jeremy Corbyn.

The phrase, ‘mainstream media’, is now a term of abuse – used by people of all political persuasions. Traditional journalism is painted as part of the problem rather than the solution. This really worries me.