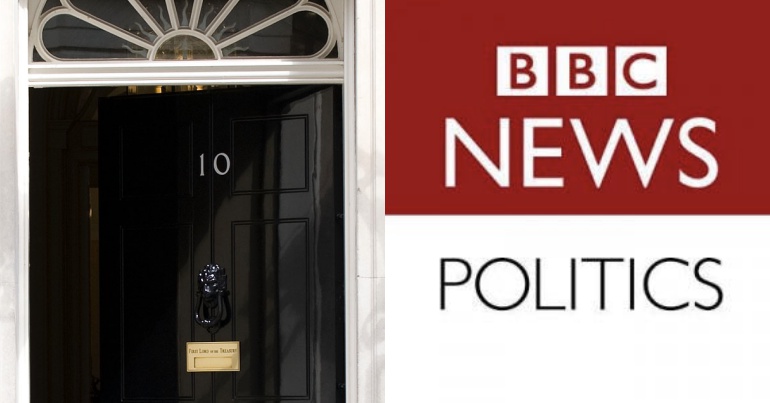 On 1 April, MP Nick Boles quit the Conservative Party. He claimed this was “because my party refuses to compromise”. Following his resignation, Boles laid bare his reasons for leaving and also made a staggering announcement. He indicated that Theresa May’s refusal to compromise on Brexit may be influenced by Robbie Gibb, her head of communications. This is the same man who was in charge of the BBC‘s live political shows during the EU referendum.

“The media should be honest”

Boles quit the party after his ‘soft’ Brexit amendment was defeated for a second time.

On 3 April, as May met with Jeremy Corbyn to allegedly find some common ground, Boles claimed that Gibb “is a hard Brexiteer” and wants to “destroy” any “cross party compromise”:

I am no longer a member of the Conservative Party. So I can be blunt where previously I might have been discreet. The PM’s head of communications Robbie Gibb is a hard Brexiter who wants to destroy the PM’s new search for a cross party compromise.

But he went further than this, with a warning for the media to “be honest” about Number 10 briefings:

The media should be honest about the briefings they receive from that quarter. And the Prime Minister would do well to tell Mr Gibb to get back in his box – or go back to the BBC.

It didn’t take long for people to respond to Boles’s revelation. Because between 2008 and 2017, Gibb was head of BBC Westminster and the editor of all live BBC politics shows. This included the live debate at Wembley Arena on the last day of EU referendum campaigning. He was also:

According to the Evening Standard, Gibb is a “messianic Brexiteer”. He was widely known as a “hard Brexiteer long before it became fashionable”. Gibb reportedly left the BBC for the “one job he wanted: No 10’s director of communications”.

Many people shared their concerns about this on Twitter:

It is extremely important that people know this and also realise that he was head of politics at the BBC during the referendum campaign. Please retweet. https://t.co/amDbBx6vXx

And this same Robbie Gibb was head of political output at BBC during the Referendum when the BBC
1. “Balanced” facts & expert opinions with baseless assertions
2. Ignored Corbyn who was saying over and over that the crisis in public services was due to austerity not immigration https://t.co/LYaveapDDP

Here's a 2016 letter to Labour, denying the BBC is politically biased. It's signed by the then BBC political editor @RobbieGibb …
… who is now Theresa May's Director of Communications and who's just been revealed as a leading Tory hard Brexiter: https://t.co/jIpq9VOyJH

Others also pointed out that, long before the referendum, Gibb “normalised the idea of leaving the EU” on BBC politics shows. In 2012, he also invited UKIP’s Paul Nuttall to take part in a BBC debate:

The man in charge of the BBC's coverage of the referendum, @RobbieGibb, publicly stated he was a Brexit supporter in 2015, and previously normalised the idea of leaving the EU with regular segments on the BBC's flagship politics programmes. (1/2) pic.twitter.com/G7FA683TGM

As The Canary‘s Kerry-Anne Mendoza pointed out, Gibb also gave Nigel Farage a national platform in the years running up to the EU campaign:

The same Robbie Gibb who used the BBC to turn the unknown MEP Nigel Farage into a household name?

Can't wait for the public enquiry into Robbie Gibb's connection with the BBC. Finally we know why every question time panel has at least two gurt right wingers and audiences planted full of UKIP members. https://t.co/PxwF6R5NA6

.@OFCOM Robbie Gibb should be a 'subject of interest' in the investigation of political bias at the #BBC pic.twitter.com/1C5xzLRmIV

Boles’s claims open up further questions too. In 2018, whistleblower Shahmir Sanni alleged that Vote Leave broke electoral law and mismanaged funds during the referendum. He’s since stated he went to BBC‘s Panorama with his evidence, before going to Carole Cadwalladr who subsequently broke the story in the Observer:

We went to BBC Panorama first with our revelations and they at first were excited to cover it. Until they took it to the senior editors/staff of BBC who immediately shut it down. BBC Panorama staff were visibly upset when they told us they couldn’t do it.

According to Sanni, the BBC has continued to ‘shut down’ mounting evidence that links electoral “crimes” during the referendum to key Conservative Brexiteers:

No wonder the BBC has been so hell bent on shutting down the story about Vote Leave's crimes and Boris Johnson/Michael Gove's involvement. Robbie Gibb has left his besties back at the BBC to do his dirty work…hmmm https://t.co/7QxlY2vgkd

As The Canary has frequently reported, there are longstanding concerns about bias in the BBC‘s political coverage. In many ways, Boles’s revelation confirms what many people have observed for some time. But it also goes far deeper, and shows that the links between Downing Street and BBC politics are rotten to the core. As Brexit chaos continues, this news is impossible for even the BBC to bury.