In just one tweet, Theresa May insulted the entire LGBTQI+ community - The Canary 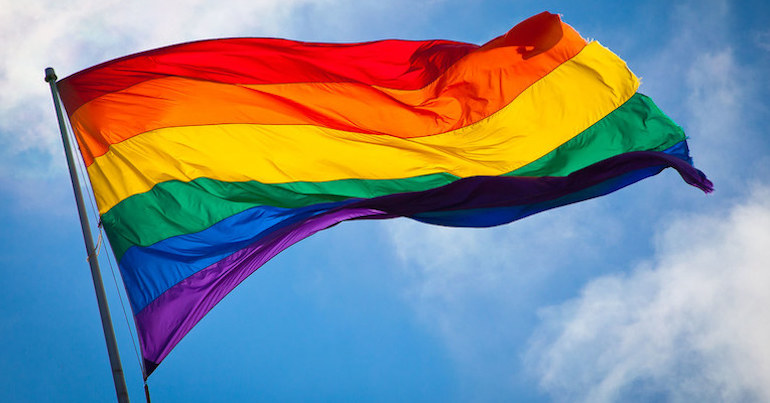 17 May is International Day Against Homophobia, Transphobia and Biphobia. The day challenges the “discriminatory laws, policies and practices against lesbian, gay, bisexual, transgender, and intersex… people” (LGBTQI+) that still exist around the world.

Theresa May attempted to support the initiative. Instead, she managed to insult the UK’s entire LGBTQI+ community in just one tweet.

As the UN notes:

Raising our voices against homophobia, transphobia, biphobia and intersexphobia on 17 May is a chance to reaffirm our commitment to respect human dignity and to champion human rights.

May seemed to think that her tweet supported this position:

International Day Against Homophobia, Transphobia and Biphobia is an opportunity to celebrate the progress made in promoting LGBTQ rights. But we must also reflect that there is much more to do so that discrimination is consigned to history. #IDAHOBIT pic.twitter.com/pcsGSzFVeH

But she got this oh so very wrong. And many people pointed out just how wrong.

98: Votes against equalising age of consent
02: Votes against letting gay couples adopt
08: Votes for bill that would force IVF to consider need for a "father and a mother" making it difficult for lesbian couples to adopt
10: Says she's changed her mind
17: Hops into bed with DUP https://t.co/4i5xtfOMqZ

And many other people explained that May’s agreement with the DUP totally undermines her faux support for the LGBTQI+ community.

Since the 2017 general election, the DUP has worked hard to keep May in power. Yet the DUP’s track record on supporting  LGBTQI+ rights is appalling. For a start, it’s consistently blocked any opportunity for same-sex marriage. So many people shared their outrage on Twitter:

Many leading DUP politicians also continue to make offensive, homophobic comments. For example, in 2007, Ian Paisley Jr said: “I am pretty repulsed by gay and lesbianism. I think it is wrong”. In 2016, DUP leader Arlene Foster said of pro-marriage equality:

I could not care less what people get up to in terms of their sexuality, that’s not a matter for me – when it becomes a matter for me is when people try to redefine marriage.

So one person on Twitter gave the absolutely perfect response:

The game’s up, May. Spare your faux ‘support’ for LGBTQI+ people. Because as many people pointed out, working with the DUP means it really is time to “sashay away”.