In one jaw-dropping sentence, Priti Patel reveals just how dishonest this government is - Canary 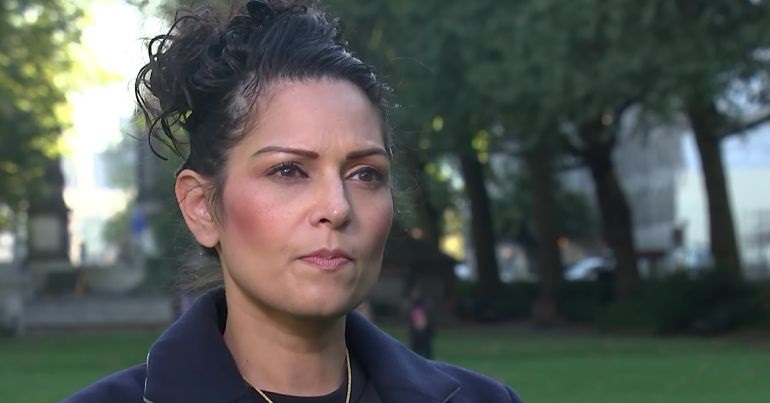 Home secretary Priti Patel did the rounds on TV to defend her government’s new immigration policy on 19 February. In an interview with Sky News, she made a jaw-dropping claim on a related topic that illustrates just how dishonest this government is.

The government recently deported 17 people to Jamaica. Continuing Theresa May’s ‘hostile environment’ legacy, it originally planned to deport around 50 people, many of whom came to Britain as children.

On Sky News, Patel addressed the government’s defence for the deportations. Namely, that the people it deported were offenders, including for drug-related crimes. On the issue of drugs, Patel said:

There’s no such thing as ‘dabbling’ in drugs

Clearly, Patel’s message was: ‘anyone involved with drugs is a wrong ‘un and we are right to show them the door’.

However, if that’s Patel’s opinion (or, indeed, the basis on which her Home Office is making deportation decisions), then she really should be rounding up people much closer to home. Because as people pointed out, a number of her own colleagues have ‘dabbled’ in drugs:

“There’s no such thing as dabbling in drugs”, Priti Patel tells Sky News [in the context of the deportation flight]. Worth remembering at least one of her Cabinet colleagues did exactly that and said so.

"There was a period before university when I had quite a few [spliffs] …it was jolly nice." – Boris Johnson in @GQMagazine 2007 (via @piersmorgan) but "There's no such thing as dabbling in drugs" according to Priti Patel https://t.co/3EWidQKA4O

Of course, Patel has no intention of rounding up her colleagues and throwing them on a flight or into a cell. Because as Labour leader Jeremy Corbyn has said, it’s one rule for them and another for “young black boys born in the Caribbean”:

If there was a case of a young white boy with blonde hair, who later dabbled in class A drugs and conspired with a friend to beat up a journalist, would they deport that boy?

The hypocrisy, dishonesty, and gall of this government really knows no bounds.