In one tweet, a bestselling author nails exactly the type of bailout we need right now - Canary 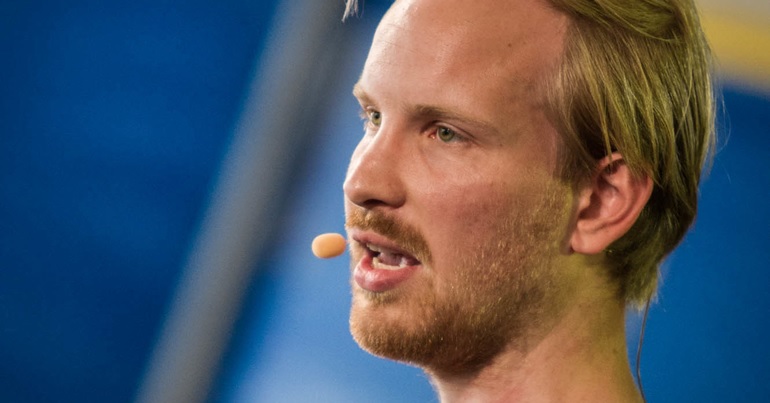 Rutger Bregman wrote the bestselling book Utopia for Realists. And with a coronavirus pandemic and economic crisis looming heavy over the world, he nailed what government intervention should now look like:

As The Canary reported in 2019, the UK Labour Party planned to undertake trials of universal basic income (UBI) if it took power. This policy would see the government give every citizen a ‘basic income’. A report from the Compass thinktank considered the idea to be affordable and highlighted that it “would significantly cut poverty and inequality levels in the country”. People have also proposed the concept as a potential solution for people who could lose their jobs in the future as a result of automation. Even UN secretary-general António Guterres has previously expressed support for the idea.

UBI is now gaining support around the world as one of the steps governments can take to deal with the dual coronavirus / economic crisis.

Universal basic income seems like an inevitability at this point. This situation is not sustainable and will lead to mass death. These decisions will serve to sacrifice the most vulnerable at the altar of business as usual. Radical new ways of existing must be established.

Today I urged the UK Government to consider a Universal Basic Income for freelancers and the self-employed during the #CoronavirusOutbreak. pic.twitter.com/8yiw60dbGN

This is huge. One of the biggest tests of basic income so far and the results are – again – very encouraging. https://t.co/pbVd9CFREi

Participants were happier, healthier and continued working even though they were receiving money with no-strings attached –> https://t.co/aUqVT7IIk8

Finland also ran UBI trials with unemployed people, which helped to improve their wellbeing and health.

As Bernie Sanders pointed out recently in the US, political elites can easily find billions of dollars to bail out banks and to wage wars; but when it comes to actually investing in ordinary people, they shy away from action. And many people right now are calling for a people’s bailout in the form of UBI:

GOP & Democrats are both coming to the same conclusion: Universal Basic Income is going to have to play a role in helping Americans weather this crisis.@RoKhanna & @TimRyan’s proposal goes up to $6,000/mo depending on need. Mitt Romney just came out for a flat $1,000 universal. https://t.co/43d4AWK70u

They have pointed out, however, that UBI is part of the solution rather than a solution in and of itself:

People have harped on me about “Trojan horse” comments I’ve made before abt UBI policies,but seriously: not every UBI policy is created equal.

Some are structured in predatory ways to gut the safety net & reward banks, others are better w/people’s well-being in mind. Be careful.

The pandemic has prompted some to propose a universal basic income (UBI) program.

I support MLK’s vision of a UBI adding to a social safety net. A basic income program must not diminish in-kind services, which are needed.

Prior proposals fail that standard. Others might emerge. https://t.co/yOZuqSSfGB