As most people fight to save lives, some on the right are showing truly barbaric priorities - Canary 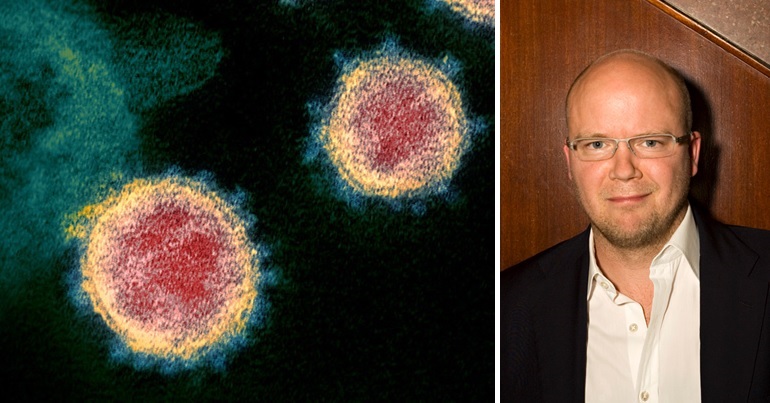 The coronavirus response from eugenicist attention-seeker Toby Young has been utterly disgusting, as you’d expect. But it’s perfect for summing up the hard-right’s barbaric, even sociopathic, priorities right now.

Spending that kind of money to extend the lives of a few hundred thousand mostly elderly people with underlying health problems by one or two years is a mistake.

He essentially argues for ending the UK’s coronavirus lockdown in order to avoid economic crisis, and suggests that people who die as a result will be “acceptable collateral damage”.

I don’t think we can even talk about rapacious late stage capitalism any more. We’re into the end of days human sacrifice stage.

If Young’s argument sounds familiar, meanwhile, it’s because it basically sums up the devastating political choices the Tories have made in the past decade.

Was austerity not basically letting people die to save the economy? Have we not tried Toby Young's idea already?

A familiar story of ‘economy over lives’

As The Canary detailed previously, decades of right-wing ideological dominance in Britain has created extreme inequality, with the ultra-rich taking home more and more of the country’s income. And the last decade of Conservative-led governments was no exception.

At least 130,000 people died as a result of just one aspect of the Tories’ ideological austerity. This unnecessary programme from the billionaire–backed Tories and their allies starved the NHS and other public services of funding. The health service in particular has been left in crisis. Austerity also sparked a rise in poverty, foodbank usage, and widespread suffering for some of the country’s most vulnerable people. One recent report, meanwhile, revealed that the rise in life expectancy in England has been ‘slowing dramatically’.

This was all a political choice. It was not a necessary result of the 2007/8 capitalist crash. Political elites chose to bail out the banks and inflict crushing austerity on ordinary people. As 163 economists wrote in late 2019, the “UK economy needs reform” because:

We have had ten years of near zero productivity growth. Corporate investment has stagnated. Average earnings are still lower than in 2008.

It’s all about political choices

When economies contract, life expectancy declines, due to, among other things, a rise in poverty, violent crime and suicide.

He also referred to:

a 15% drop in GDP which will inevitably result in more loss of life.

Nothing here is ‘inevitable’, though. Unnecessary loss of life is a result of political choices. Tory-led governments have essentially told us that widespread suffering is necessary to help the economy. But a meaningful recovery never came in the 2010s. So the suffering they inflicted was basically pointless.

Today, amid a government coronavirus response that some have called a “national scandal”, warped elitist priorities are clear again. The Tories first tried to downplay the crisis to protect the economy:

UK authorities told the public at least 8 times that Covid-19 posed a “very low” or “low” risk and said at least 16 times the UK health service was “well-prepared” to cope with it.

And although it’s something people like Young seem to have no problems with (much like NHS cuts), the UK has been splurging massive amounts of money unnecessarily on the military while NHS workers continue to express serious concerns about lacking protective equipment:

You’ve been fighting the wrong war, the wrong enemy. You've spent billions on nuclear weapons & ballistic missiles you will never use when a few quid on some masks & gloves could have saved thousands of lives.

You're fired. All of you.

Young may no longer be a representative of the Tory government. But his barbaric coronavirus response perfectly sums up the priorities of Britain’s elites.

We all deserve better. And now more than ever, we need to stand up and demand it.