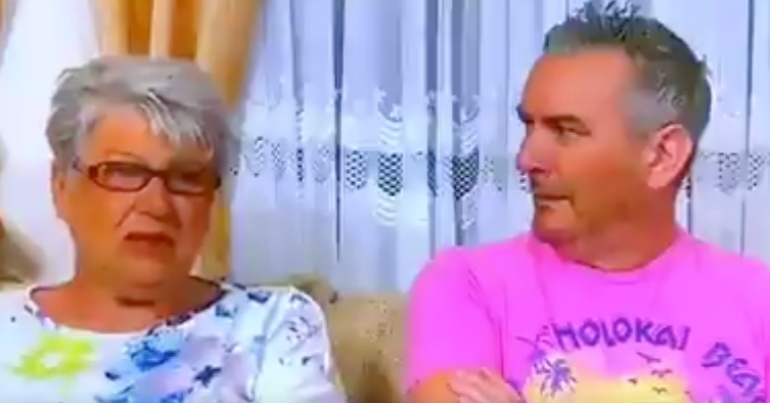 Twitter users have noticed something disturbing about Channel 4‘s Gogglebox. Namely that the participants on the show seem to be doing a better job at holding the government to account than the mainstream media:

Surely we should be worried when #Gogglebox is the best journalism and social commentary we’ve had in this country for about 15 years.

This was how the Gogglebox households greeted Boris Johnson’s first appearance back at work after his recovery from coronavirus (Covid-19):

the squad from gogglebox representing the true level of state failure, inaction, culpability and acquiescence that has led to tens of thousands of deaths better than any of the newspapers, broadcasters, blue tick twitter and "opposition" political parties put together pic.twitter.com/G9yAXzKUxP

As Johnson hailed our “apparent success”, those on Gogglebox reflected how many of us are feeling across the country:

Another woman put it more directly:

It’s been an absolute shambles. It’s a shitshow.

Not everyone was happy

But the Johnson loving Twitter posse was not happy:

Really disappointed at the end of #Gogglebox. I normally love it, but the left wing bias is disgraceful. The man almost died for goodness sake, he's come back to work clearly not 100% but is doing his best. This is unprecedented – not 1 country has made NO mistakes.

Because obviously nearly dying from a disease that he initially underplayed means we should give Johnson a free pass for all the disastrous coronavirus decisions he’s made.

Others enjoyed how much Tories were “losing their shit”:

Loving how all the Tories are losing their shit about #Gogglebox but don't seem to be bothered that thousands of people have died prematurely because of Boris Johnson's incompetence.

A better job than the BBC

Meanwhile, several people pointed out that the show did a better job than the BBC and ITV in holding the government to account:

"Go on, off you fuck…" Boris Johnson hasn't convinced the #Gogglebox viewers.

Despite all that the BBC and media have been doing to give the Government an easy ride, British people aren't that dim. But where can they turn now?

Although this is becoming increasingly easy given even the Daily Mail now appears to be putting the BBC to shame.

The government’s botched response to the coronavirus is a disgrace; a disgrace that has cost thousands of lives. As much as the media – not to mention parts of the supposed opposition – would like us to pull together behind our great and glorious leader, Gogglebox is proof that no-one’s buying the unity bullshit we’re being force-fed on a daily basis.

But while it’s great to see the Gogglebox participants let rip, replicating words many of us are shouting at the TV across the country, it is a sad indictment at the state of the establishment media. The BBC, in particular, appears to be happy to acquiesce to the government’s gaslighting of voters across the country, rewriting the narrative of the pandemic and repeating government lies.

Now, more than ever, we need a media that asks the government difficult questions, that challenges its lies and exposes its incompetences. Unfortunately, it appears that reality TV is doing a better job of this than many establishment journalists.