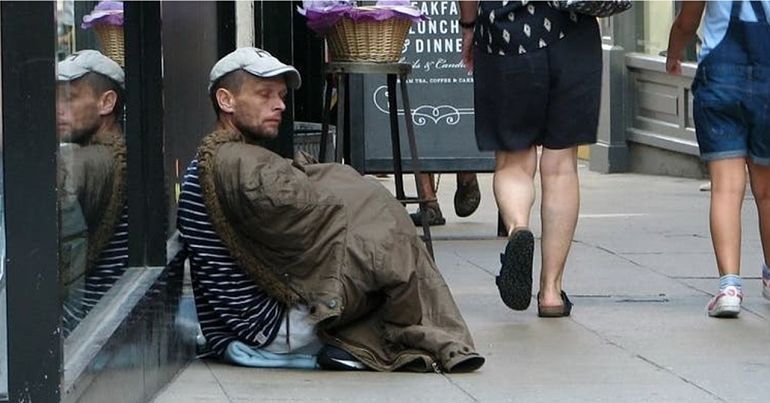 A letter sent by the Conservative homelessness minister to councils has caused outrage. Because it shows that either the Tories are wilfully ignorant to the causes of rough sleeping, or they really don’t care either way.

The Conservative government’s response to the historical and ongoing homelessness crisis during the coronavirus (Covid-19) pandemic has been appalling at best. As The Canary previously reported, in March, the government said it was giving £3.2m to councils to get every rough sleeper off the streets. At first, it appeared to work. But then the Tories ended the fund, lumping support for homeless people and rough sleepers in with other council funding.

Since then, the government has said it will invest £433m to build 6,000 new homes for rough sleepers. It also launched a rough sleeping task force. The government said its aim was:

to advise councils on plans to support rough sleepers into long-term, safe accommodation once lockdown is lifted – preventing the vulnerable from returning to the streets

Now, the homelessness minister has expanded on that ‘advice’ to councils. But in the process he’s managed to insult every rough sleeper in the country.

Inside Housing revealed that homelessness minister Luke Hall wrote to every council in England last week. It reported that he:

asked that when considering move-on accommodation options, councils should “seek to encourage people, where appropriate and possible, to return to friends and family”.

Inside Housing also noted that the Ministry of Housing, Communities and Local Government (MHCLG) told it that:

it was asking councils to carry out individual assessments and consider a range of options to ensure people’s needs are met, which could involve returning to friends and family in some cases.

It’s important to note that the MHCLG said that councils need to assess rough sleepers on an “individual” basis. But people were shocked by the Tories’ idea of sending rough sleepers back to their families and friends:

All this time @Hope_Housing @Shelter @crisis_uk & all #Homelessness charities never once thought if this? Give the man an award. He's a genius! pic.twitter.com/VszWTpughQ

But Jamie Jones perhaps made the most important point:

Why do they think a lot of people are homeless in the first place?

The Tories’ plans miss this crucial point: that many rough sleepers are in that position in the first place due to family problems, domestic abuse and breakdowns of relationships.

For example, charity Centre Point noted that 59% of the young people it sees are homeless because of family breakdowns. But it said that these situations can often:

be the result of individual problems and support needs, interpersonal difficulties, manifestations of childhood trauma or structural factors such as poverty

Even tabling the idea of sending some rough sleepers to family and friends is shocking. But it could also create chaos for the people involved. Councils should rightly ignore the Tories’ advice. It’s an insult to every homeless person and rough sleeper in England.