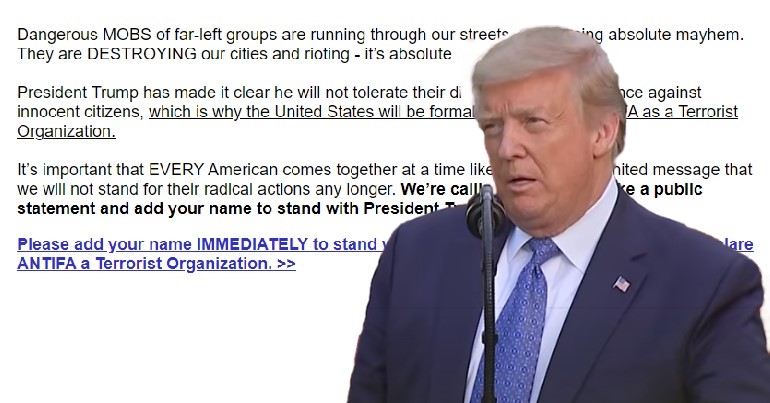 Following the killing of George Floyd by a Minnesota state police officer, Donald Trump’s response has been seen as racist and an incitement to violence against protesters. But now an email has emerged that, even at best, looks like the action of a fascist dictator.

As The Canary has been documenting, in the wake of Floyd’s death, Trump has angered and outraged many people across the world with his behaviour and actions. From effectively hiding in his White House bunker, to posing outside St John’s Church holding a bible, many people now view the US president as more despicable than ever. But as The Canary‘s Ed Sykes wrote:

As cities burned night after night and images of violence dominated television coverage, Trump’s advisers discussed the prospect of an Oval Office address in an attempt to ease tensions. But the notion was quickly scrapped for lack of policy proposals and the president’s own seeming disinterest in delivering a message of unity. For example, he has worryingly turned the focus of his anger on anti-fascists (‘Antifa’)

Trump has said that his government will be designating the Antifa movement a terrorist organisation. Now, a leaked email from his campaign team shows something even more sinister.

The email, passed on to The Canary, asks the recipient to add their name to a list “to stand with President Trump against ANTIFA”. It goes on to say:

The President wants to know who stood with him against the TERRORIST group, Antifa.

We’re sending a list of EVERY AMERICAN who signs their name to President Trump first thing TOMORROW morning and we want him to see YOUR NAME. Don’t let him down. 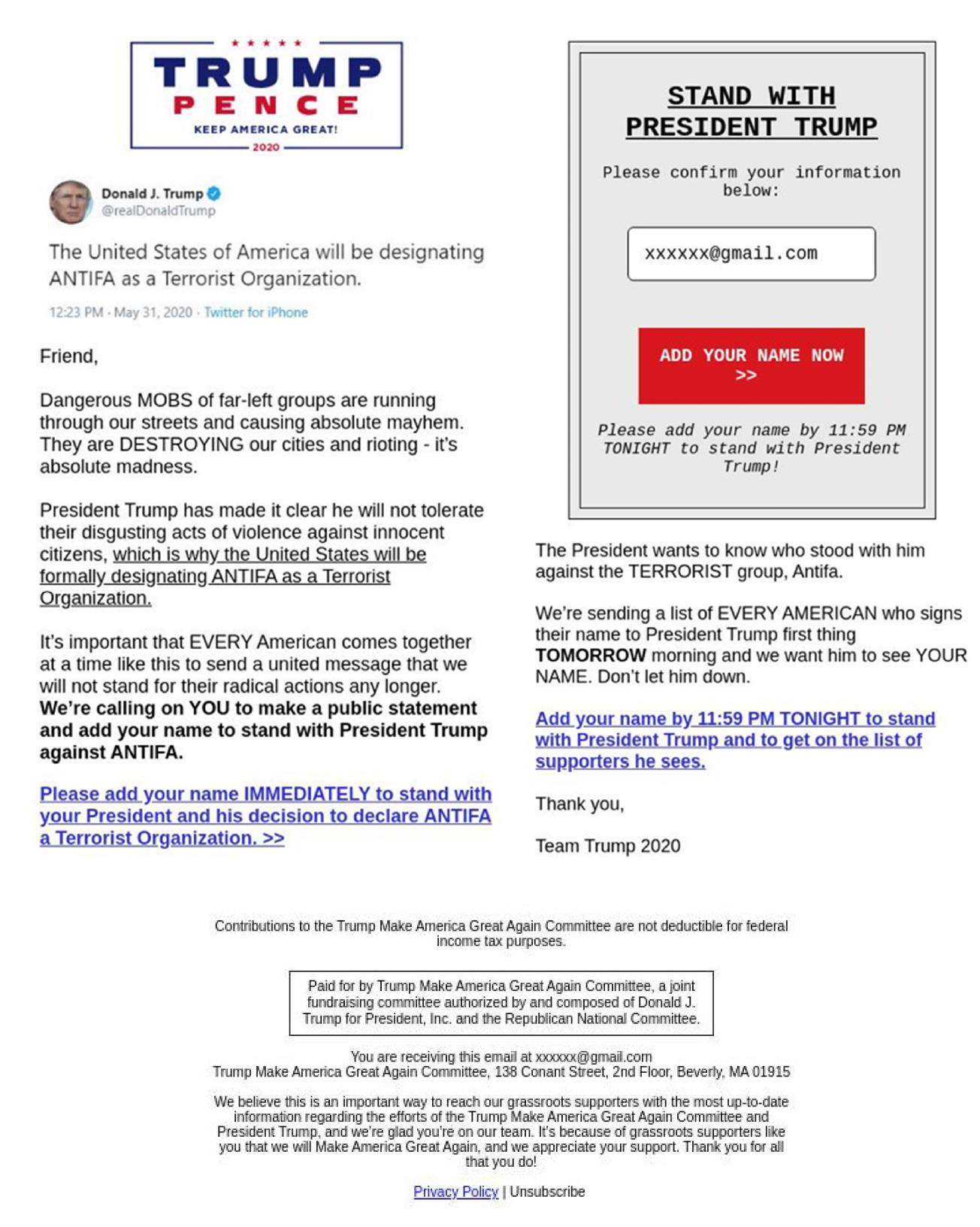 urged the French people to stand up against revolution and its ‘sordid ally’ moderation, warning that, on the final day of reckoning, complicit moderates – ‘guardians unfaithful to their charge’ – would be ‘at the head of the list of the guilty.’

This is 2020, and the US is supposed to be the beacon of democracy. But Trump appears to be edging closer and closer to outright fascism:

Crossing State lines to incite violence is a FEDERAL CRIME! Liberal Governors and Mayors must get MUCH tougher or the Federal Government will step in and do what has to be done, and that includes using the unlimited power of our Military and many arrests. Thank you!

….have been greeted with the most vicious dogs, and most ominous weapons, I have ever seen. That’s when people would have been really badly hurt, at least. Many Secret Service agents just waiting for action. “We put the young ones on the front line, sir, they love it, and….

Noam Chomsky summed up the situation in the US:

Trump has created a total swamp of corruption. He has just fired all the inspector generals. That’s a coup reminiscent of a fascist state.

In the TV series, The Handmaid’s Tale, based on Margaret Atwood’s book, the character Offred noted:

When they blamed terrorists and suspended the constitution, we didn’t wake up then, either.

Trump is calling Antifa terrorists. He wants to deploy the US army on its own soil, something potentially pushing the constitution to its limits.

Many in the US appear to have now woken up. There are also many more who either have not, or are supportive of Trump. His campaign’s email sums up that problem. Has the US now tipped past the point of no return? The coming days will tell.

Featured image via The Canary and the Independent – YouTube