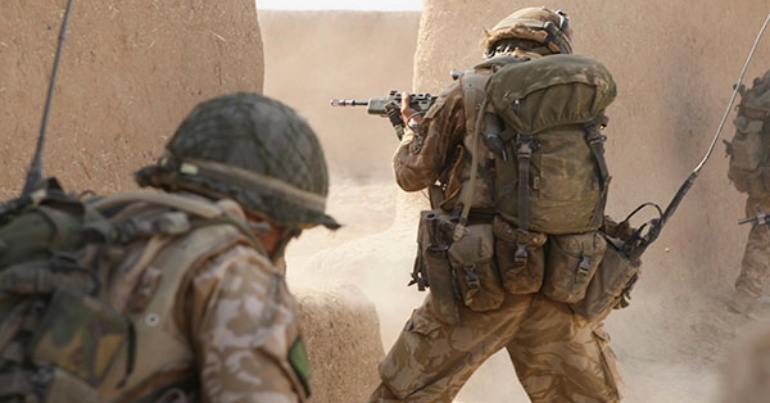 The Ministry of Defence (MOD) has launched a propaganda blitz ahead of a Commons debate on a controversial war crimes bill. Critics say the bill could decriminalise torture, damage human rights, and help authoritarian regimes.

Due to be debated by MPs on 23 September, the overseas operations bill aims to introduce radical new limitations on prosecution for allegations of abuse by troops during wartime.

The Tories have been trying to loosen the laws which govern war throughout their time in power, framing the issue of so-called legacy allegations from Iraq and Afghanistan as a patriotic defence of the troops against “left-wing activist lawyers” and ‘devious Iraqis and Afghans’ eager to cash in.

This is despite the military already paying out millions in compensation over abuse allegations, as the army’s one-time top lawyer in Iraq has noted, and the fact that many allegations were reported by serving military personnel and veterans.

Following an MOD tweet about the bill on 16 September, there was an immediate backlash on social media. Defence minister Johnny Mercer then posted a panicked response on Twitter in which he tried, once again, to frame the bill as being in the interests of military personnel while attacking those who questioned the potential impact as “ludicrous” and framing their arguments as “misleading.”

Mercer told his followers that he was ready to field questions on the issue.

Thanks for the opportunity to ask questions. Can you explain why sexual violence is exempt from the presumption against prosecution and torture is not?

The torture survivors we work with are very interested in the answer.

Critics include the NGO Freedom from Torture, which asked about a section of the bill which includes a presumption against prosecution in some cases.

Mercer is yet to respond as promised.

The proposals have drawn criticism from a number of individual experts and legal and human rights organisations in recent years.

Freedom from Torture claim that the legislation will “effectively decriminalise torture”

Meanwhile, Reprieve highlighted that the:

legislation which would create a presumption against prosecution for any acts of torture undertaken by UK personnel which took place more than five years ago.

Do you really need more reasons than that the Overseas Operations Bill could decrimialise torture?

We didn't think so. But here's 5 anyway 👇🏽 pic.twitter.com/IMuIPMk6OA

And Warwick University law professor Andrew Williams, who has written extensively on the topic, warned that the proposed legislation is an attack on lawyers and the rule of law.

Far from being a bid to save the troops from legal issue down the line, the Tory war crimes bill looks more and more like an attempt to skirt the rule of law and shore up the UK’s aggressive foreign policy aims.