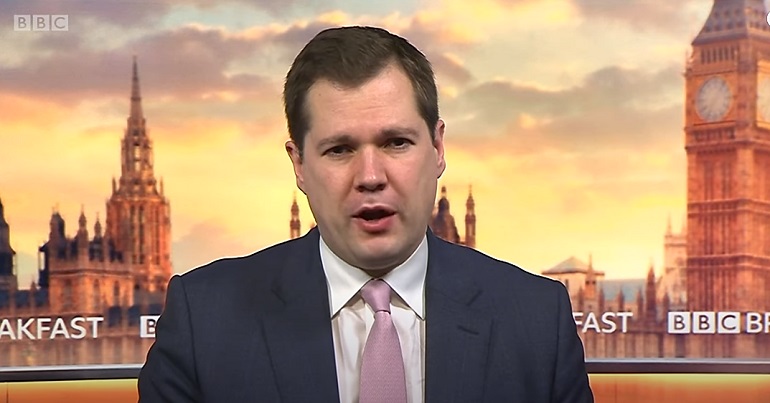 A senior government minister made an absolute shambles of his breakfast media appearances on Wednesday 23 December. He also showed the Tories still don’t appear to know what they’re doing over the coronavirus (Covid-19) “mutant” strain. Moreover, they don’t seem to care about the anxiety and stress they are causing the public.

Secretary of state for housing, communities and local government Robert Jenrick appeared on various breakfast TV shows. The message he was delivering, and the answers to hosts’ questions, was a clusterfuck, at best.

Several hosts asked him about the new coronavirus strain. As The Canary‘s Tom Coburg previously reported, this new strain was first noted in samples collected in September:

By mid-November… about 26% of coronavirus cases had originated from the new strain. By the week commencing 9 December, in London alone that figure rose to over 60%

The Tories claim that it’s this mutant strain which has prompted them to put parts of England into Tier 4 restrictions. But what about the rest of the country?

Much of the media has been saying that the government may move more areas into Tier 4 – and quickly. Some outlets were saying the government could change things as soon as Boxing Day. But on 23 December, Jenrick didn’t seem to know what to say about this. Because he flip-flopped in less than an hour on three different shows.

‘We won’t hesitate to cancel Christmas’

First, and on Sky News he said:

we’re asking people outside of Tier 4 areas to exercise great care, only to come together with a small number of people, and only for Christmas Day. If we need to change that in light of the new variant, then we won’t hesitate to do so.

In other words, the government could change people’s Christmas plans within the next 48 hours.

Fast-forward a matter of minutes, and he said this on BBC Breakfast:

Well, tomorrow’s Christmas Eve, so I think it’s extremely unlikely that anything will change there.

He also said of the Christmas day rules outside of Tier 4:

I don’t imagine that will change in the next few days.

So, Jenrick was at best vague and uncertain at this point.

‘No, Christmas IS NOT cancelled’

But then, enter BBC Radio 4 Today to confuse matters even more. Here he said:

Tomorrow is Christmas Eve… umm, we don’t have any intention of changing the guidelines with respect to Christmas.

We’re not going to change people’s plans, 24-48 hours ahead of Christmas.

Whatever the answer, Jenrick will have scared many people outside of Tier 4 who think their Christmas is finalised as best it can be. But he’s also once again shown the Tories have no handle on the pandemic whatsoever. Clusterfucking doesn’t even cut it anymore.