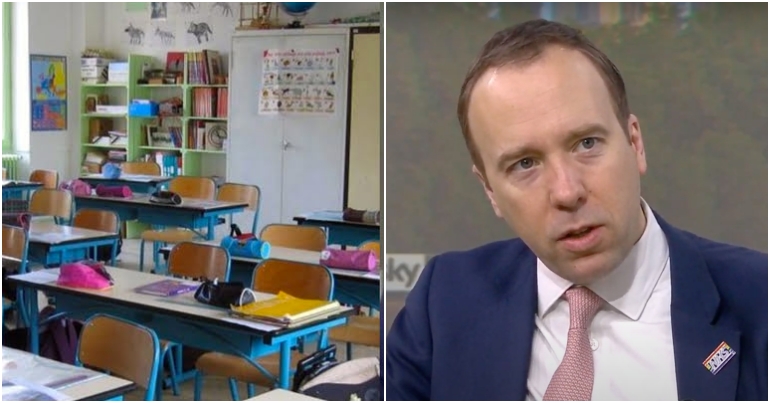 The government’s incompetence in dealing with the pandemic has reached new levels, as it continues to ignore unions and teachers and insists on keeping schools open. If the government has its way, millions of children are set to mix in schools over the coming days.

But headteachers are beginning to defy the government and keep schools closed. Some 400,000 people attended the National Education Union’s [NEU] emergency Zoom meeting on 3 January to learn how to take a stand against the government.

In the meeting, the NEU strongly stated that:

We are advising all primary members to look at the SAGE advice, and on the basis of the science tell their headteacher that it is unsafe to be in a school teaching full classes in crowded buildings, with no social distancing, no PPE, and inadequate ventilation.

The NEU has written to all headteachers urging them to make preparations for remote learning for all primary pupils, with the exception of vulnerable children and the children of key workers.

As schools reopen in the midst of the spread of the new variant, #CloseAllSchools is trending on Twitter. People are outraged by the government’s shambolic handling of education – closing schools in some tier 4 areas, while keeping others open:

#CloseAllSchools @BorisJohnson you stated schools are safe whilst shutting London, Essex and Kent schools for not being safe !! Why is your tier 4 different from the rest of England's tier 4? The parents at my son's primary mix & don't wear masks, why should I put my son at risk?

Cannot believe that teachers and other school staff are having to PERSUADE you that our lives and the lives of our loved ones are more valuable than a couple of months of primary education. I can teach them fractions in March. I can’t come back from the dead. #CloseAllSchools

I saw 3 patients last week in 40s a d 50s with no preexisting health probs. All schoolteachers . All pretty sure they caught it at school. All witn colleagues who had also got sick. 3 different schools. All told me it was v hard to manage with young children in closed spaces

As the NHS reaches breaking point, the NEU has accused the government of behaving “recklessly“. The Tories continue to ignore SAGE scientists’ advice, while Matt Hancock had the audacity to tell a blatant lie on Sky News:

You’ve got to follow the public health advice, and that’s what we are doing

He argued that it is:

clear that the proportion of teachers who catch coronavirus is no higher than the rest of the population.

Hancock even went on to say that the government has been acting “very fast” to prevent the spread of the new variant of the virus. He said:

I know sometimes we get criticised for moving fast and changing things, but that’s what you have to do in a pandemic.

If it wasn’t so tragic, it would be laughable. The public has been quick to call Hancock out, accusing him of gaslighting:

The criticism comes from moving too slowly. That was a proper gaslighting there, well done Health Secretary, conducting an abusive relationship with the entire nation.

Tory translator… “Moving too fast”= 3 weeks late. “Ahead of the curve”= still undecided. “Following the science”= making it up on the hoof. “Schools are safe”= the grim reaper is taking morning assembly. Hope that helps. #ToriesHaveFailedTheNation #ToriesOut

Fast is slow now? Up is down? Wrong is right? The words of this government have no meaning.

Abolish the tiers and lock down properly

Hancock might be trying to fool us that the government has been moving fast and doing all it can to keep us safe, but yet again the public isn’t fooled. Hospitals are becoming overwhelmed as admissions rise across the whole country. We need to abolish the tier system which clearly isn’t working and only gives us a false sense that the government is doing something.

We need an actual lockdown. And yes, this will involve actually closing schools and all businesses, and not just pubs, gyms, and hairdressers.