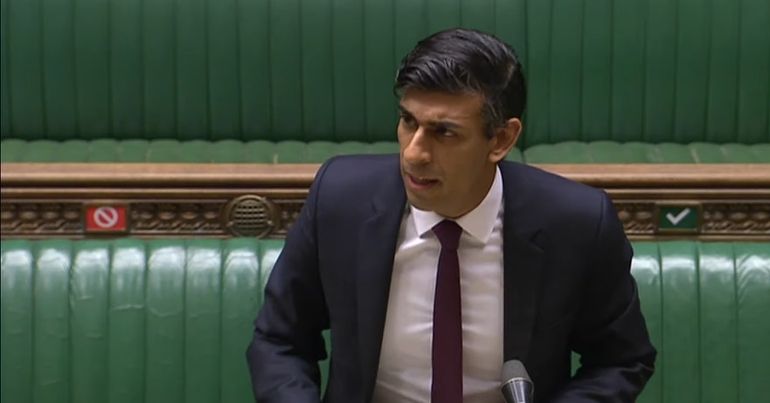 Having called on the government to step up and provide for the nation’s struggling health service, shadow health and social care secretary Jonathan Ashworth said that “today’s budget failed our NHS“:

The NHS is under the most intense pressure of its history.

Indeed, further cuts to Britain’s chronically understaffed, underfunded health service, which is overwhelmed by backlogs, could not have come at a more difficult time. Responding to the alleged £30.1bn budget cut to health and social care funding, We Own It campaigns officer Pascale Robinson stated:

As we start the recovery from the coronavirus pandemic, our NHS is still in crisis. There is a huge backlog of patients to deal with and waiting lists for elective procedures are incredibly long.

This is a moment when the government should be investing massively in the NHS to guarantee that people get the care that they need and our precious NHS can recover from the unprecedented shock of Covid. Instead, the government is cutting spending on health and social care by a staggering £30 billion.

Calling on the government to reverse the cut, Robinson said:

All this shows is that the government is happy to splash the cash when it can hand giant contracts to private companies and friends of the Conservative Party, but won’t give our NHS the funding it desperately needs. The government should reverse this jaw-dropping cut immediately, and fund the future of our NHS and the health of the nation.

No mention of the NHS

People took to Twitter to slam the chancellor’s failure to mention the NHS in the budget. They also expressed their dismay that health and social care workers who – after a decade of pay cuts and risking their lives throughout the pandemic – have been denied a pay rise. Streatham MP Bell Ribeiro-Addy said:

The Chancellor didn't even mention the NHS in his budget, let alone a pay rise for health and social care workers.

The With NHS Staff campaign called this year’s budget – which makes no attempt to protect key workers – “a huge missed opportunity”:

Today’s budget was a huge missed opportunity@RishiSunak blundered by not committing to a proper NHS pay rise. It’s not just the right thing to do by our NHS staff, it’s the right thing for our economy.
We’ll keep shouting #WithNHSStaff for #FairPay until you show us the money ✊ pic.twitter.com/3jf9HLfN7C

What about social care?

As The Canary‘s Steve Topple highlighted, budget plans may deprive over one million sick and disabled people of their basic needs. And the government has essentially told care workers – often working for low wages on zero-hour contracts – to like it or lump it.

Independent health correspondent Shaun Lintern revealed that the only mentions of “social care” in the budget document were included in the department of health and social care’s actual name:

The budget red book has only 10 mentions of NHS and its all old news. Social care is mentioned 5 times and every single one is just bec of the @DHSCgovuk name #Budget2021 https://t.co/J9LBZp8eXb

There is also confusion around whether the government will be delaying social care reforms or not. Prime minister Boris Johnson told parliament that he’d bring forward plans to improve social care to “later this year”. However, treasury secretary Steve Barclay told campaigners that these reforms won’t begin until 2022. The health department has since suggested that Barclay’s statement was a “typo”. This mix-up speaks to the carelessness with which the government continues to treat this essential sector.

Johnson appears to have scrapped his election promise to “fix the crisis in social care once and for all”. Meanwhile, Sunak has clearly failed to deliver on his promise to give the NHS “whatever it needs” to cope with the pandemic. Health and social care can’t wait for the pandemic to ‘blow over’.

These essential services were in crisis before the pandemic hit. They are now beyond breaking point. Both sectors need urgent support to survive, let alone recover. That has to start with proper funding and pay rises for health and social care workers.

Once more, the Tory government has failed the British public; particularly those most in need.