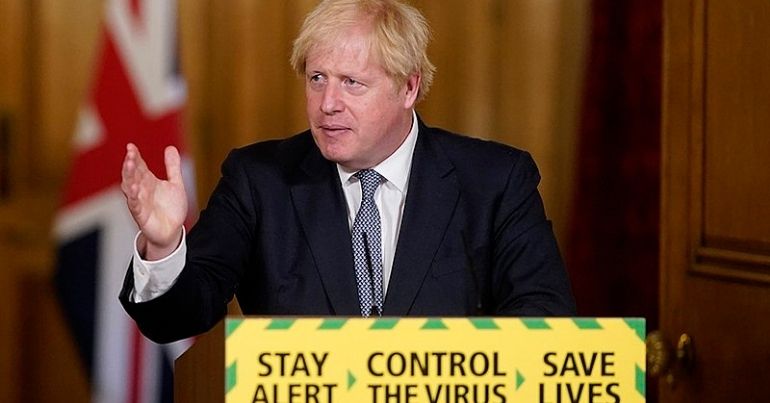 Partygate is back in the news again. But this time it’s because some clever Tory seems to have made a joke out of the ongoing scandal. Food critic Jay Rayner tweeted a picture of a champagne bottle on Friday. It had been donated to an auction in Hertfordshire by Tory MP Oliver Dowden.

The bottle was reportedly signed by Boris Johnson himself. But, its description label was the really striking thing.

A bottle of champagne signed by Boris. Hugely valuable as a souvenir of partygate and the exemplary behaviour and morality of our dear leader.

This was a joking reference to Boris Johnson breaking the rules during lockdown to attend a party. An act for which he was investigated by police and fined.

Oliver Dowden has since denied that he had anything to do with the description itself.  As did the Hertfordshire Community Foundation who held the event:

Statement from HCF about our fundraising event last night: This item was donated in good faith several months ago as part of a charity auction raising funds to support some of the county’s most vulnerable residents. The description was not drafted or seen by MP Oliver Dowden

But, Twitter users were not in a forgiving mood. For example, one asked why nobody thought to remove the note ahead of the auction:

Genuine question: did no-one, upon seeing the note – organisers, fundraisers or guests – have the self awareness or foresight to raise the possibility that the note should be excluded from the charity auction?

Another member of the public said that the joke captured the spirit of the current government. He said the Tories were “laughing in our faces”:

That champagne bottle, signed by Boris Johnson, and highlighted by Jay Rayner, shows the cynical, screw-you, I'm-all-right-Jack mentality of this awful Westminster Government. They have been laughing in our faces. "Let the bodies pile high" is their legacy!

One commenter accused the Tories of having “no shame”:

You can't get any lower than this gift donated by Tory chairman Oliver Dowden "A bottle of champagne signed by Boris. Hugely valuable as a souvenir of partygate and the exemplary behaviour and morality of our dear leader!" There is simply no shame. #JohnsonOut109 pic.twitter.com/yQGRAS7ftA

There was a reminder of how many people had been lost in the pandemic which the Tories seemed not to be taking seriously:

Another said the ‘souvenir’ symbolised the “contempt” the Conservatives had for the public:

What could symbolise better the contempt of Tories for ordinary people who followed lockdown laws and who now need food banks to survive, than auctioning champagne as a souvenir of Boris Johnsons lawbreaking? https://t.co/tcODmeV1MG

One Twitter user marvelled at how Oliver Dowden could have misread the public mood so badly on the matter of Partygate:

You have to question Oliver Dowden's judgement in making such a donation as a bottle of champagne signed by Boris Johnson when he must have known the strength of feeling amongst his constituents about Partygate.

Police investigations are continuing into Partygate, which one person felt made it worse that Tories were making a joke out of it:

What the actual f-?
“A bottle of champagne signed by Boris. Hugely valuable as a souvenir of partygate and the exemplary behaviour and morality of our dear leader.”
Glad to see the issue, currently under investigation by the police, is being taken so seriously.#followbackfriday pic.twitter.com/hTbdgh1703

Answers to why the note wasn’t removed have not been forthcoming. But it seems that the Tories have underestimated how angry people are about the Partygate scandal. Or – more likely – that the Conservatives just don’t care.

One thing’s for sure though. The party which loves to brand its critics as ‘champagne socialists’ needs to get its own house in order before wheeling out that particular jab in future.