Devastating shootings in Monterey Park and Half Moon Bay 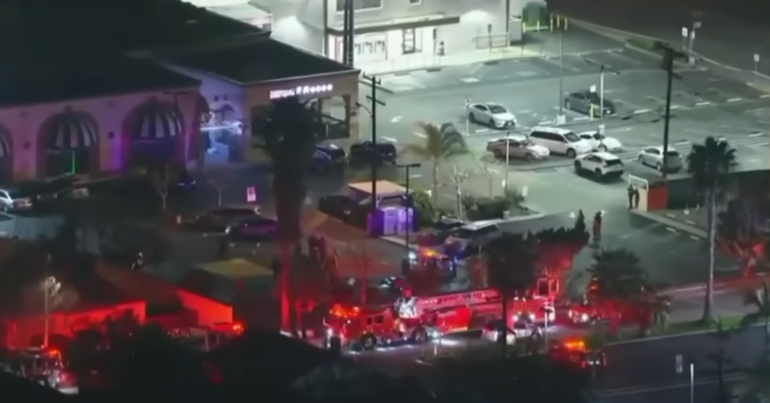 Asian Americans were left reeling after two mass shootings in California targeting members of their community. Eleven people were killed in a shooting in Monterey Park, California on 21 January. BBC News reported that:

Monterey Park’s population is about 65% Asian American – it has been called America’s first “Chinese suburb”. It became the first mainland US city to have a majority of residents with Asian ancestry.

11 people were gathered for Lunar New Year at a suburban dance hall on Saturday night, when the gunman – believed to be an Asian American – arrived and began shooting. He then drove to a second nearby dance hall, but was tackled and disarmed by an employee. Just 48 hours later, seven people were shot dead in Half Moon Bay, California.

Investigators are still probing the motives behind the two incidents. Both shootings stood out as rare, given that gun violence is usually seen as infrequent among Asians and Asian Americans. The ages of the suspects were also unusual – 67 and 72 for Half Moon Bay and Monterey Park, respectively. The Violence Project, a research centre, said that 79% of mass shooters from 1966 to 2020 were under the age of 45. It also said that a mere 6.4% of mass shooters during that period were Asian.

The ages of the seven victims of Monterey Park ranged from their 50s to their 70s.

CNN reported the full details of the 11 victims:

Some of the victims have been remembered online, including Mymy Nhan, who was a regular at the dance studio where she was shot. A family member shared a message from her family:

Mymy Nhan was the first person shot and killed during the #MontereyPark mass shooting.

I've covered a lot of tragedies, and never imagined one would hit so close to home.

My husband's family is hurting beyond measure.
Here's a statement on behalf of the family. pic.twitter.com/q5GXa0g4Kh

Ming Wei Ma was one of the managers of the dance studio, and rushed forward to confront the shooter:

This thread will be dedicated to the victims of the mass shooting in Monterey Park.

Ming Wei Ma was a dance instructor & owner of the Star Dance Studio. He was described as a caring person with a selfless nature. He was the first to rush towards the shooter to try & save others. pic.twitter.com/N4m7av6R2c

As details of the other victims emerge, people are coming together to mourn. Journalist Josie Huang shared images form a vigil:

Our statement in response to the mass shootings in #MontereyPark and #HalfMoonBay: pic.twitter.com/iZVLFtNaHs

Half Moon Bay is a small rural community that was left shocked when an Asian man killed fellow Asian and Hispanic farmworkers. San Mateo County Sheriff Christina Corpus said seven people were killed and one wounded in the shootings. A 67-year-old Half Moon Bay resident, Chunli Zhao, was taken into custody. Reports said that Zhao had worked at one of the farms.

Corpus said deputies had been dispatched to two nurseries around Half Moon Bay around mid-afternoon on Monday. Four people were dead at one of them and one was critically wounded, while three more fatally wounded victims were found at a second location. Corpus said children were present at one of the sites:

It was in the afternoon when kids were out of school and for children to witness it is unspeakable.

The San Mateo County Coroner is still notifying family as of Tuesday morning, which has been difficult because some of the victims are migrants.

Researcher Chanda Prescod-Weinstein called attention to the fact that all the victims were farm workers:

I hope this situation puts a spotlight on the conditions in which farm workers life and work. We depend on them, and they are treated so badly. https://t.co/iqVwfiCG5B

We mourn the loss of 7 farm workers in #HalfMoonBay.

While we wait for more news, we dream of a nation in which our hearts have a moment to heal in between breaking.

Activist Amanda Nguyen shared an image of flowers for the victims:

In Vietnamese, consolation is called “chia buồn”. The phrase translates to “dividing sadness”. The community divides up the pain to ease the burden of grieving. Last night we paid our respects to the mass shooting victims at Half Moon Bay and picked up our share to chia buồn. pic.twitter.com/e0OZl8XH4k

We must all come together to remember the victims of these atrocities. We must all, as Nguyen explains, divide up the pain so as to ease the burden of grieving. These atrocities must never be forgotten, and as we urge each other never to forget, we must take stock of the inhumane lack of gun control in the United States. We must allow space for Asian American communities to grieve this immense loss, and to hold space for the anger that so often comes with unspeakable grief.