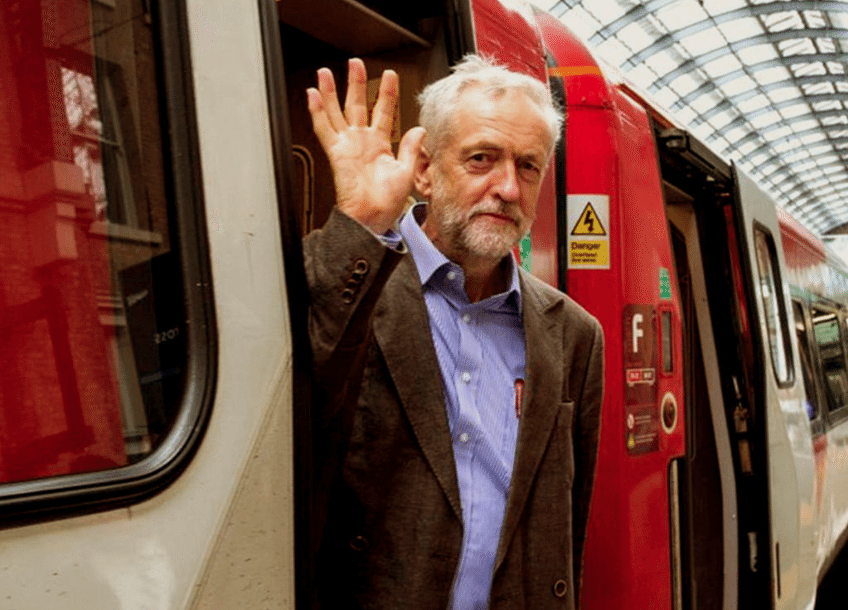 The morning after the Brexit vote, when the Labour party needed to rally UK progressives to prevent a right-wing Brexit from the European Union – a small number of Labour MPs chose instead to mount a coup against leader Jeremy Corbyn. Their political opportunism has received exactly the treatment is deserves.

The nation was still reeling from the vote, when veteran Labour MP Margaret Hodge and Ann Coffey submitted a motion for a vote of no confidence in Labour leader Jeremy Corbyn. This is despite Corbyn winning last year’s leadership election with the greatest landslide of any leader in the party’s history (including Blair), doubling the membership of the Labour party, and moving ahead in the polls.

The move by the increasingly bitter but withered ranks of Blairite Labour MPs has been seen as rank opportunism, and detrimental to the urgent work required to ensure a progressive exit from the European Union. The reaction has been swift, and defiant.

First, there was a massive show of support for Corbyn by Labour members. A petition called “A vote of confidence for Jeremy Corbyn after the Brexit vote” has gathered more than 150,000 signatures in the last 24 hours and continues to rise rapidly.

Next came the unions. The leaders of the 12 strongest unions in the United Kingdom wrote a letter of support following the attempted coup, stating:

The Prime Minister’s resignation has triggered a Tory leadership crisis. At the very time we need politicians to come together for the common good, the Tory party is plunging into a period of argument and infighting. In the absence of a government that puts the people first Labour must unite as a source of national stability and unity.

It should focus on speaking up for jobs and workers’ rights under threat, and on challenging any attempt to use the referendum result to introduce a more right-wing Tory government by the backdoor.

The last thing Labour needs is a manufactured leadership row of its own in the midst of this crisis and we call upon all Labour MPs not to engage in any such indulgence.

Thirdly, came Corbyn himself – who has not only refused to stand down, but confirms he will stand again if the coup by Labour MPs is successful, confident the Labour Party membership can reassert their authority over a belligerent Parliamentary Labour Party.

The message from the public, the Labour membership, and Corbyn himself could not be clearer. This coup does not have popular support, and those behind it need to get their head in the game.

It would be hard to find a better example than this, of how firmly detached from reality the Blairite wing of the Labour party has become. This Brexit vote was a furious two fingers up to the establishment, and the entire globalisation project of Tony Blair. It was the handling of the accession of the Eastern European states that happened on his watch. It was Blair’s Labour who laughed off the concerns of British workers who suffered at the hands of unscrupulous bosses, as they exploited the newcomers in order to lower wage bills and increase profits. It was Blair’s Labour who continued to allow UK companies to offshore their taxes and workforces, to exploit workers overseas too, at the cost of British jobs and the national debt. It was Blair’s Labour who set up the possibility of the Financial crisis, and his successor Brown who made the UK poor pay the price by bailing out the banks. It was Blair’s Labour who did all of this, saw the mounting fury of working class Britain, and laughed in their faces – knowing for three successive elections that they could count on Middle England to carry them into power next election.

Well this week, that anger erupted in a vote that has thrown doubt on everything – the UK’s place in Europe, the world, and the future of the UK itself. If the MPs were to be successful at placing another soulless Blairbot in charge of the party, they can kiss goodbye to the working class vote for a generation. The party would be dead in the water. They are not the solution to this problem, they are the problem.

In the middle of this chaos, Blairite MPs are focussed once again not on the national interest, but their own – and they have received exactly the reaction they deserved. Contempt.