Five things you may have missed, while we were all distracted by the EU referendum - Canary 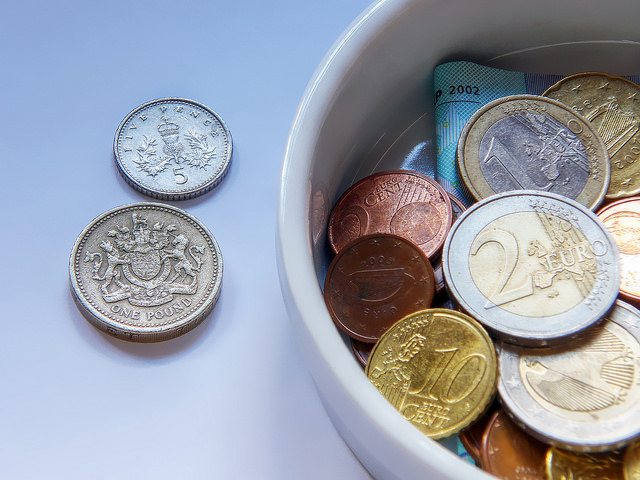 Regardless of if you think Britain has been firmly handed over to right-wing destroyers or whether you perceive your power was just taken back from Europe’s political elite — only one thing is certain — the divisiveness pervading the country over the last few months is far from over.

As with any major news story that dominates the media, other items go uncovered. With the Brexit debate, the rest of the world stopped spinning around the beginning of June. We wouldn’t be doing our jobs if we didn’t point out a few things that deserve your attention:

1. NHS finances are a national crisis: Hospital deficits doubled in the last year

2. 84% of people with disabilities are terrified of benefit cuts

Four-fifths of disabled people who claim means-tested benefits are worried about future changes to the system. Research by national charity Turn2Us on Britain’s cruel welfare reforms revealed nearly three-quarters of those polled would feel more stressed about their financial situation if their benefits were cut or reduced. Two-thirds feared they would have to cut back on food. Half said they would struggle to pay their rent or mortgage, while over half were concerned they would get into debt.

3. Britain heads for deforestation with lowest tree planting figures in a generation

Shocking figures released by the Forestry Commission have shown a drastic decline in new woodland planting. Last year saw the lowest level of tree planting in a generation according to the Woodland Trust. The commission missed its trees in the ground target by a jaw-dropping 86%. Woodland cover in England stands at just 10% and the UK is one of the least wooded countries in Europe. The government’s plan is to work with the forestry sector to achieve 12% woodland cover by 2060. This means an average planting rate of 5000 hectares a year but the worryingly low planting rates have highlighted a huge disconnect between rhetoric and action.

An increasing number of schools are being forced to use pots of cash earmarked to help raise attainment levels of disadvantaged children to plug holes in budgets left by cuts. A poll conducted by the Sutton Trust charity and the Education Endowment Foundation (EEF) found a small, but increasing number of schools are using the ring-fenced funding to offset budget cuts. More worryingly, the survey of 1,607 teachers found that one in five didn’t know what the main priorities for the ringfenced ‘pupil premium’ funding were. Schools can spend the money as they choose but must show how it helps disadvantaged children. Chair of the Sutton Trust, Sir Peter Lampl, expressed his concern saying that the pupil premium is a key lever for raising the attainment of disadvantaged pupils, and it’s vital it continues to be focused on their education.

5. We may not be in Europe but TTIP remains a threat!

UNISON members have agreed it is still a top priority to continue campaigning against public services being included the controversial trade treaties currently being forged between politicians and businessmen behind closed doors. The Transatlantic Trade and Investment Partnership (TTIP) between the US and the EU and broader Trade in Services agreement (TiSA) are still under negotiation and the Comprehensive Economic and Trade Agreement (CETA) between Canada and the EU is close to ratification. Sadly, Brexit has not made this debate redundant for Britain. Jane Carolan of the NEC said even though Britain is leaving the EU, the country is still subject to TTIP through the single market. Chillingly, she added that some extreme Brexiteers are the strongest TTIP supporters. In addition, other campaigners fear the likelihood of the UK negotiating an even more disastrous agreement after leaving the European Union.

— Read up on TTIP