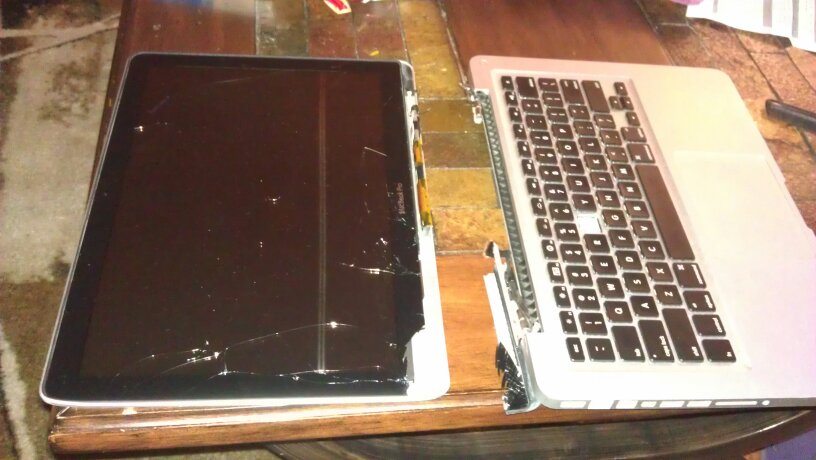 The long hangover of the the Brexit campaign continued in the comments sections of the Daily Mail over the weekend, as furious readers realised just how badly they been duped by the Leave campaign – and indeed, their own beloved paper.

The Mail Online waited until the June 24, the day after the Brexit vote, to inform its readers of what might happen to them as a result of leaving the EU. In a piece entitled “So what does it all mean for you? How Brexit will affect your holiday money, mortgages, passports and health cover” – the Mail laid out some rather painful home truths.

Despite the sugar coating that the Mail gave the news, readers took to the comments section in a mixture of panic and fury. Here are a sample of their comments. 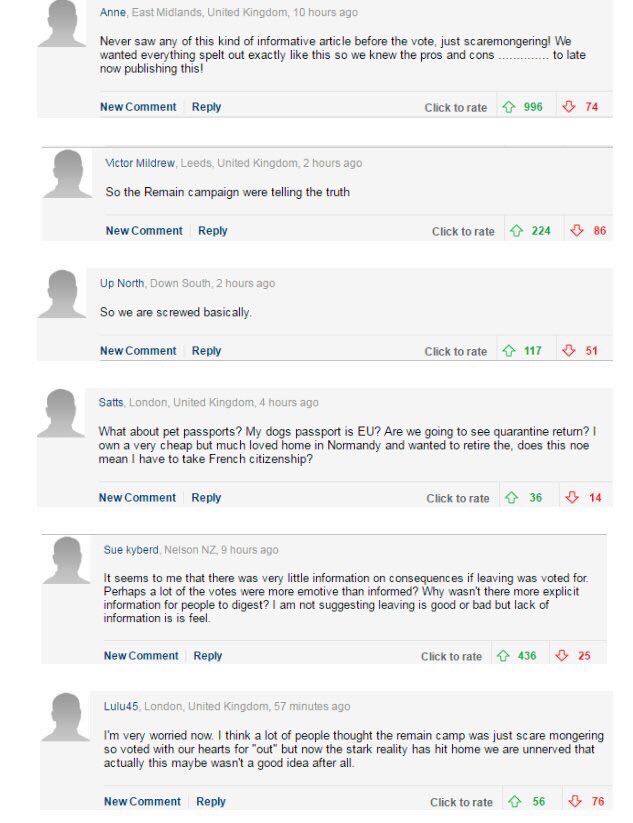 They’re not alone. More than 3 million people have since signed a petition demanding  a second referendum.

But this feels like something which, now done, cannot be undone. How could we ever run a trusted referendum again, if we couldn’t be sure the vote would stick? Democracy involves accepting the mandate of others delivered at the ballot box. What those furious at this result can take from it, is that next time, we must be more involved in the process itself. Renegade politicians cannot be left to whip up a campaign of lies, unchallenged by a complicit mainstream media.

The two central promises of the Leave campaign were to return taxpayer funding of the EU to the NHS in Britain, and to put a stop on immigration. Just 48 hours after the vote, these promises have been abandoned.

UKIP leader Nigel Farage appeared on Good Morning Britain the morning after the Brexit vote, to dispense with promise number one. Asked if the Leave campaign would now honour its promise to give the £350m a week which Britain currently spends on its EU membership to the NHS, Farage answered with a simple ‘No.’

This, despite a giant red bus trawling the country throughout the campaign saying quite the opposite. 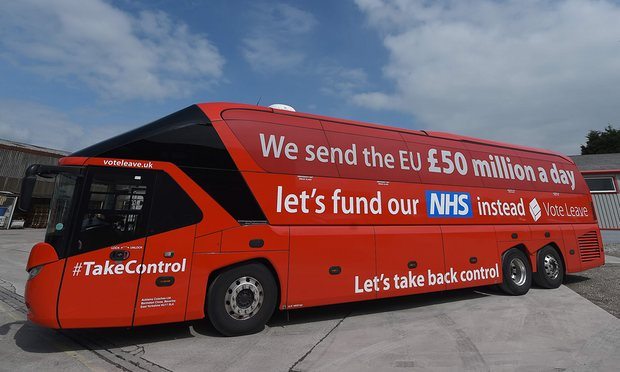 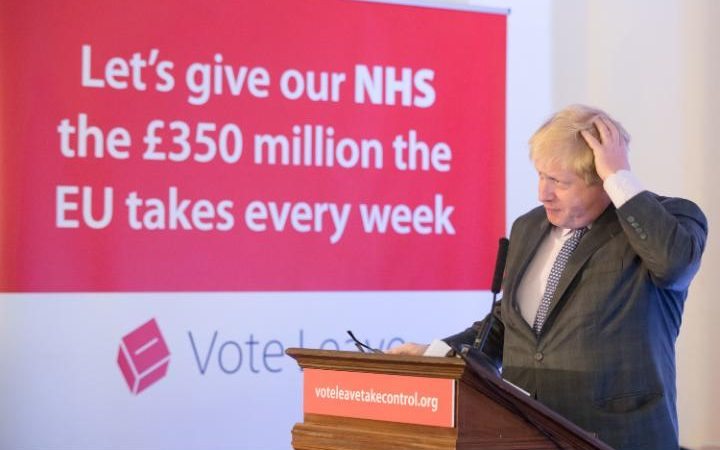 The former stockbroker went on to claim the entire idea had been a big ‘mistake’ by the Leave campaign which he’d never signed up to.

However, video has since emerged showing Farage himself pledging those EU millions to the NHS on BBC Question Time.

But this is not the only promise, or indeed the biggest, that the Leave campaign has broken since the Brexit vote.

The figureheads of the campaign are now all relentlessly backtracking on the central pledge of the campaign – which was to curb immigration. Prior to the Brexit vote, the promise to (primarily) working class Britons was: Vote out, and secure your borders.

The Canary warned our readers prior to the vote that this promise would never be upheld. We wrote:

Those who wish to see Britain cut immigration dramatically are going to be bitterly disappointed in the event of a Brexit vote. The economics embraced by David Cameron and the Conservatives doesn’t permit protectionism – or ‘looking after our own’. This is why they do nothing for working class Britons losing jobs because their bosses choose to exploit immigrant labour. This is why they do nothing when companies ship British jobs overseas to exploit workers in far away countries. They are not patriots, or nationalists. They think as part of a trans-national capitalist class. The bottom line for them is the profit and loss accounts of themselves and their peers, not the personal aspirations of 31 million working people in Britain, or the near 2 million unemployed. The right can rest assured that if Britain leaves the EU and the Conservatives stay in power – there will be every bit as much, if not more, exploitation of immigrant and overseas labour, and all the losses of jobs, wages and working conditions that go along with it.

Just hours after the vote, prominent members of the Leave campaign were already confirming this nightmare scenario. The Conservative plan for Brexit will likely seek to retain free movement of labour across the EU, meaning zero decrease in immigration – and possibly an increase if future trade deals relax free movement of labour laws with other nations.

All this, for broken promises by opportunistic politicians who couldn’t care less about those who voted for their cynical campaigns. Let us hope we can come together in the wake of it all to build a better Britain together.

Featured Image via The Coli