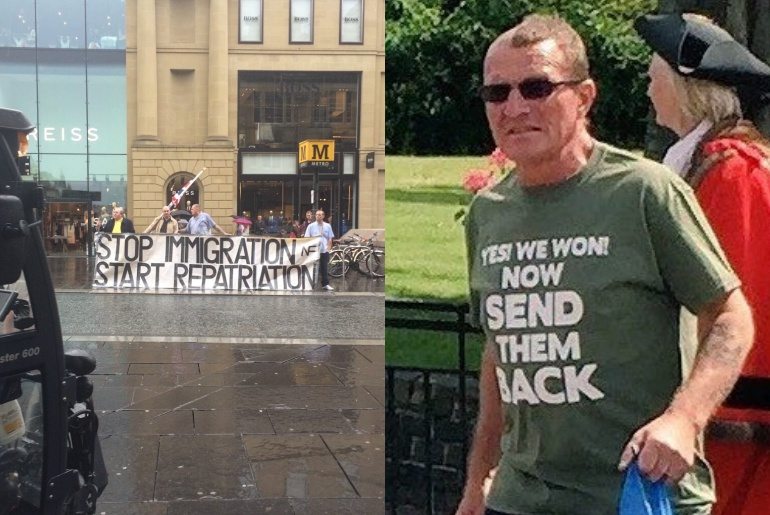 An album is being collated on Facebook of racist posts and reactions which have happened since the UK voted to leave the EU on Thursday. And it is heartbreaking.

Entitled “Worrying Signs”, the album consists mainly of social media posts exemplifying the hideous racism which has been legitimised and allowed to flourish since the vote.

Here are just a few examples out of over 100 in the album – and there are many more out there:

Daughter tells me someone wrote "[Child's name] go back to Romania" on the wall in the girls toilets at School today. 😢

As isolated examples these are appalling. Collated together, it is impossible for any compassionate person to read without tears forming.

And it’s not just Eastern Europeans who are being targeted. Despite anyone with half a brain realising that there’s no connection with leaving the EU and Muslim and Black populations, this hasn’t stopped the abuse:

Partner spoke to friend whose Asian wife,out for walk with baby,was told 'time to get out of UK'. We MUST tackle racism the #EUref unleashed

Not everyone who voted Leave is a racist by any stretch of the imagination. However, there is no doubt that the Leave vote has emboldened the far right – here and across Europe. These views have not originated overnight – the people who felt this way did so before the vote. But it is undeniable that the vote has given them the courage and the feeling of legitimacy to vocalise these opinions.

Furthermore, it is important to look at the role that the politicians and mainstream press have played in fomenting this atmosphere. Whether it be Nigel Farage with his much-criticised poster, Cameron with his “hordes of migrants” language, or the hundreds of headlines which have shouted abuse and lies about immigration – it is undeniable these elements have played a massive part in what we are now seeing enacted on our streets.

There have also been lots of social media posts extolling us all to come together, that we’re all still friends. Unfortunately, friends who are not white British may not be feeling this. And it is both impossible, and undesirable, to remain calm when fascism is flourishing before our eyes.

Yet there is a need to come together. Whichever way people voted, the vast majority are not racist and do not want to see this country descend into fascism. It is essential all these people unify, get out on the streets, in our communities, among our neighbours and spread a message of diversity.

Furthermore, there is a need to ensure people know it isn’t people from different countries and ethnicities who are to blame for the state of this country. It is the fault of successive politicians, and corporations – the elite who have profited massively while everyone else has been punished by austerity. They are the people we should blame and the people we should be angry at.

It is essential that people stand up to the racists, the fascists and the bullies. Now, more than ever, this has to be a priority in all our work, both on a humanitarian and political level. These people are not the majority, and the rest of us need to make sure our voices are heard loud and clear.