This NATO power welcomes refugees by shooting them - Canary 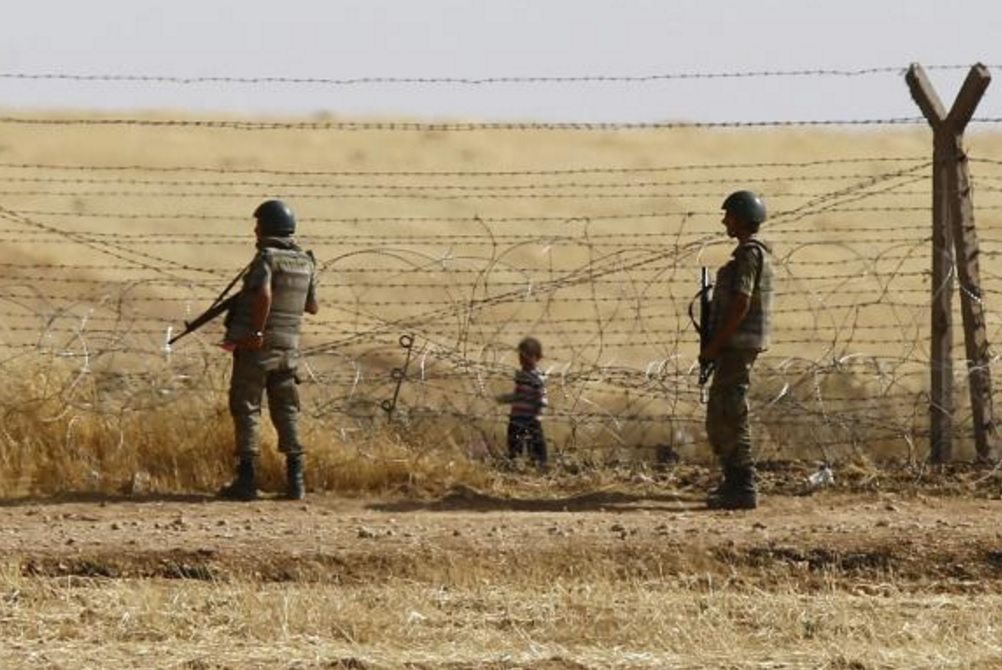 NATO-member Turkey has taken on the biggest number of refugees in the world, currently hosting 2.5 million people. But when World Refugee Day 2016 came around on 20 June, Turkish authorities faced claims that they had massacred at least 11 refugees from Syria, including children.

According to the Syrian Observatory for Human Rights, since the beginning of 2016, around 60 civilians have been killed while attempting to flee from Syria to Turkey. A Human Rights Watch (HRW) report from May accuses Turkish border guards of attacking and shooting Syrian asylum seekers on a regular basis. HRW researcher Gerry Simpson wrote:

While senior Turkish officials claim they are welcoming Syrian refugees with open borders and open arms, their border guards are killing and beating them.

The Independent has reported that Turkey’s behaviour is pushing refugees “into the arms of greedy and unscrupulous smugglers”.

With the current international failure to find a peaceful resolution to the Syrian civil war, and the EU paying Turkey to take back asylum seekers who’ve made it into Europe, this situation is only likely to continue.

On top of the alleged murder of refugees attempting to cross the border, Turkey has allowed an environment in which refugee children work on farms and in factories, often for major UK high-street names. And on 20 June, a report from Turkey’s main opposition party, the CHP, revealed how these children have been exposed to violence, sexual abuse and hunger in their new home.

Currently at war with its own Kurdish communities, Turkish authorities are thought to have killed at least 310 of its own civilians between August 2015 and March 2016. The Canary has covered the state’s war crimes in the towns of Cizre and Nusaybin.

The Turkish media has also been under assault. On 20 June, authorities arrested three prominent activists for press freedom, including a representative from Reporters Without Borders (RSF). The BBC’s Mark Lowen called this an “attack on press freedom”.

Quasi-religious extremists, on the other hand, have been largely protected by the current regime – which has been accused of serving as a “mediator and ally” for Daesh (Isis/Isil) and other jihadis in Syria, either directly or indirectly. For instance, when hundreds of thugs recently attacked citizens who were listening to Radiohead and drinking beer in Istanbul, authorities responded by firing tear gas and rubber bullets at the victims rather than the attackers.

Educated people in general have also been a target of government repression, with many cases of them being denied permission to leave the country. Supporters of the government, meanwhile, have openly expressed their hatred for Turkey’s most highly-educated citizens.

Western governments have ignored the deteriorating human rights situation in Turkey for too long, largely because it is considered such an important NATO ally in a highly strategic region. But the more they ignore this reality, the worse it will get. And the rest of the Middle East will be drawn further into Turkey’s chaotic downwards spiral.

– Write to David Cameron and your MP, and ask them to urge the Turkish government to respect freedom of expression and resume peace talks with its Kurdish communities.