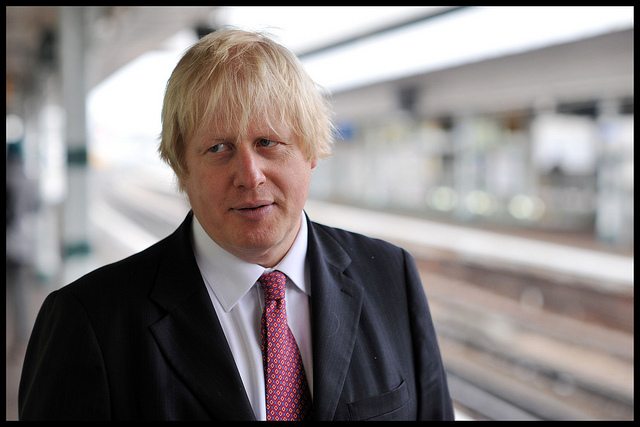 Boris Johnson has proved he has no idea what’s going on with the UK economy – and, in fact, maybe living on a completely different planet to the rest of us.

Speaking on Monday morning, Johnson tried to put a positive spin on the crashing markets by simply pretending it wasn’t happening:

It’s clear now Project Fear is over. There’s not going to be an emergency budget. People’s pensions are safe, the pound is stable, the markets are stable, very good news.

Yes, that’s right Boris, the pound and the markets are stable – if you happen to count stable as the pound being at a 31-year low – which can hardly be called “very good news”.

The pound has hit $1.32 and share prices in UK companies are also reaching new lows, with firms such as EasyJet losing one-fifth of its value. According to the latest figures, the FTSE 100 Index has lost £85bn since the vote was declared.

Furthermore, a survey from the Institute of Directors has found that a quarter of their members were not going to hire new staff, and a further 5% saying they were likely to have to make staff redundant.

And while it’s not all bad news – there aren’t many who are going to shed a tear after tax avoider and billionaire Philip Green lost an estimated £365 million on Friday – the reality is the brunt of this economic devastation will be borne by the poorest. George Osborne may have abandoned his “Project Fear” emergency budget – but it is undeniable that this market crash will have the most impact on those who have the least, as further cuts, tax increases and other austerity measures are likely to still be enacted in the future.

Boris Johnson has always had a special relationship with the truth. He was sacked from The Times for having made up a quote. He has been accused of lying to his party leader at the time, Michael Howard, about having an affair, and there were allegations that he colluded with a friend to have a journalist “physically assaulted”. Interviewing him about these accusations, journalist Eddie Mair said:

What does that say about you, Boris Johnson? Making up quotes, lying to your party leader, wanting to be part of someone being physically assaulted. You’re a nasty piece of work, aren’t you?

And then there are the lies Johnson told during the campaign. Most notably the highly contested claim emblazoned on his battle bus that £350 million a week was being paid to the EU, and that this money could be used to fund the NHS. Even when Johnson was confronted during the campaign and told it was more like £161 million, his response was that this was “not in itself to be sneezed at”.

Whether he was trying to convince the public or himself that the “markets are stable” is unknown. Maybe he is just in denial about the economic nightmare he has just unleashed on this country. Maybe he just said what he thought sounded good without any concern that it didn’t reflect the truth in anyway whatsoever.

Either way, it is neither possible nor desirable to fathom the workings of Johnson’s mind. However, with Johnson still the favourite to win the Tory party leadership contest, it is time to face the reality that this lying, manipulative man might just be our new Prime Minister.

Find a local group and get involved in the campaign against austerity.