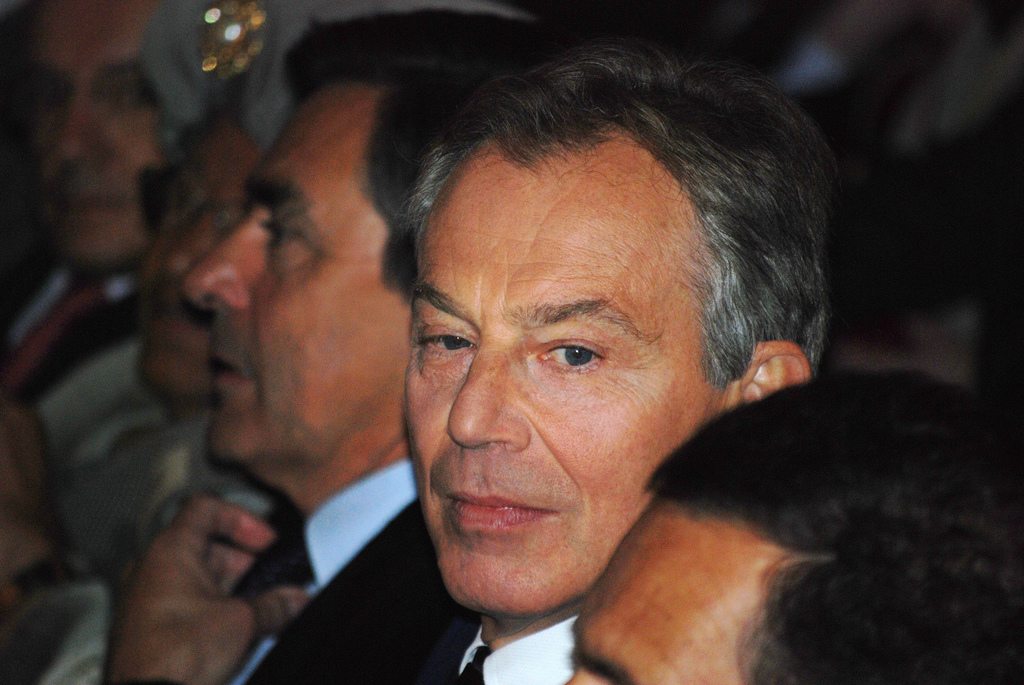 The latest coup attempt against Jeremy Corbyn within the Labour Party is being led by an elitist Blairite network who have always seen his sudden rise to leadership as a threat to their waning control of the party.

An investigation by The Canary reveals that the organisers of the campaign are part of a pro-Blair ‘old guard.’

In the run-up to the Labour leadership elections in September 2015, they had tried to re-model the party along the lines of a pro-war, pro-corporate vision linked to the US Democrat Party’s neoconservative wing.

15 shadow secretaries of state and nine shadow ministers who have resigned from Corbyn’s opposition cabinet all have affiliations to, or are involved with, the Fabian Society – the London think-tank affiliated with the Labour Party.

The Fabian Society was a major force in establishing the intellectual basis of New Labour under Blair’s premiership and has remained closely aligned to Blair’s supporters in the party. It was also the main force attempting to re-impose a Blairite vision on the party before Corbyn’s surprise leadership victory.

According to Sky News political correspondent Sophy Ridge, the flurry of resignations from Corbyn’s Shadow Cabinet have been “choreographed” largely by one man: Conor McGinn, Labour MP for St Helens North.

McGinn, however, belongs to a wider network of Blairite Labour politicians who had opposed Corbyn’s leadership of the party from the beginning. He was involved with the Fabian Society at a senior leadership level during its role in attempting to ‘re-found’ the party under a Blairite pro-war, pro-corporate blueprint.

In May, McGinn told PoliticsHome.com that Blair’s government was the most “transformative government in the last 100 years of British political history,” and described himself as a pro-interventionist.

McGinn had formally joined the pro-EU cross-party campaign, Britain Stronger In Europe, as a “political champion”, alongside Hilary Benn.

Over the weekend, Jeremy Corbyn sacked Benn from his position as Shadow Foreign Secretary. On Sunday, The Observer reported that Benn had contacted fellow MPs over the weekend to discuss the prospect of an anti-Corbyn coup.

Sky News’ confirmation that this process was being coordinated by one of Corbyn’s own whips, Conor McGinn, suggests that McGinn and Benn had worked together to orchestrate the sudden resignations.

McGinn did not respond to multiple requests for comment.

The failed Britain Stronger In Europe campaign has been run by executive director Will Straw, the son of Jack Straw, who served as Home Secretary and Foreign Secretary under former Prime Minister Tony Blair.

On Monday Straw, via Britain Stronger in Europe, called for Jeremy Corbyn to resign.

Straw is among a network of longtime Blairite stalwarts trying to ‘re-found’ the Labour Party – a project demolished by Jeremy Corbyn’s landslide victory in the Labour leadership elections in September 2015.

Although Straw the son has publicly distanced himself from his father’s support for the 2003 Iraq War, he is reportedly a defender of the war in private. Current Labour Party leader Corbyn said in May that he stood by his promise to call for a war crimes investigation into Tony Blair.

Since 2009, company records unearthed by this author for a previous investigation show that Will Straw has been a Director of Left Foot Forward Ltd., which owns and publishes the self-styled “independent” and “non-aligned” political blog of the same name. His co-director at the company is Marcus Alexander Roberts, a former field director for the leadership campaign of Corbyn’s predecessor, Ed Miliband.

As documented in that investigation, under the previous editorship of pundit James Bloodworth, the self-styled “No. 1 left-wing blog” in Britain had virtually made its mission to lampoon Corbyn’s leadership at every opportunity, jettisoning even an ounce of balance.

Straw’s bio on the Left Foot Forward website does not mention his role on the company’s board of directors.

Straw’s co-director at Left Foot Forward Ltd., Marcus Roberts, is simultaneously director of Zentrum Consulting Ltd., which describes itself as a “political consultancy.” Roberts previously spent time in the US working on the Al Gore, John Kerry and Barack Obama presidential campaigns.

Yet precisely during the Labour Party’s contract with Zentrum, from 2011 to 2015, Marcus Roberts was simultaneously Deputy General Secretary of the Fabian Society, where he ran policy research on how to reconstitute Labour – including work by his friend and co-director Will Straw.

Within that period, from 2012 to 2013, Conor McGinn – who is reportedly choreographing the resignations in the Labour shadow cabinet – was a colleague of Roberts, as Vice Chair of the Young Fabians, a subsidiary within the Fabian Society.

Zentrum: Blairite attempt to hijack Labour from itself

In 2011, the Labour Party had also hired Marcus Robert’s consultancy outfit, Zentrum, to run the ‘re-founding Labour’ campaign at the behest of Lord Peter Hain, another Cabinet minister under Blair.

Effectively, then, the Fabian Society had been hijacked into a Blairite ‘re-founding’ Labour process under Roberts’ leadership.

According to Dan Hodges, citing “senior party officials,” Zentrum was “being used to effectively bypass the party.”

“Someone is refounding Labour,” concluded Hodges. “But who?”

Through Zentrum Consultancy Ltd., the increasingly unpopular Blairite network inside the party was attempting to maintain its influence, rather than engaging with the breadth and depth of the party itself.

At the time, Marcus Roberts’ Zentrum was co-managed by Frank Spring, a US-based political campaign consultant. Spring is a Political Partner at the Truman National Security Project, a think-tank made-up of pro-Democrat Party policy wonks. In 2006, the Los Angeles Times described the Truman Project as a movement of “fledgling neocons of the left:

This new crop of liberal hawks calls for expanding the existing war against terrorism, beefing up the military and promoting democracy around the globe. They want, in essence, to return to the beliefs that originally brought the neocons to prominence, the beliefs that motivated old-fashioned Cold War liberals such as Democratic Sen. Henry ‘Scoop’ Jackson.

The election of Jeremy Corbyn as Labour Party leader obviously threw a huge spanner in the works for the entire Blairite effort to ‘refound Labour’ along the pro-war, pro-corporate model of the Democrat Party’s neocon hawks.

In response to requests via Twitter to clarify whether he had any knowledge of his former Fabian colleague Conor McGinn’s role in the Labour coup attempt, Marcus Roberts declined to address the question, but said:

You’ll have to ask MPs what they’re doing. Me: I vote Liz last year! 🙂

Roberts admitted that he had previously voted for staunch Blairite Liz Kendall, who was among those facing crushing defeat from the Corbyn leadership campaign.

Steve Topple and Elizabeth Mizon contributed to research for this story.