From Bristol to Glasgow, these people are doing good things to tackle the bad in post-Brexit Britain - Canary 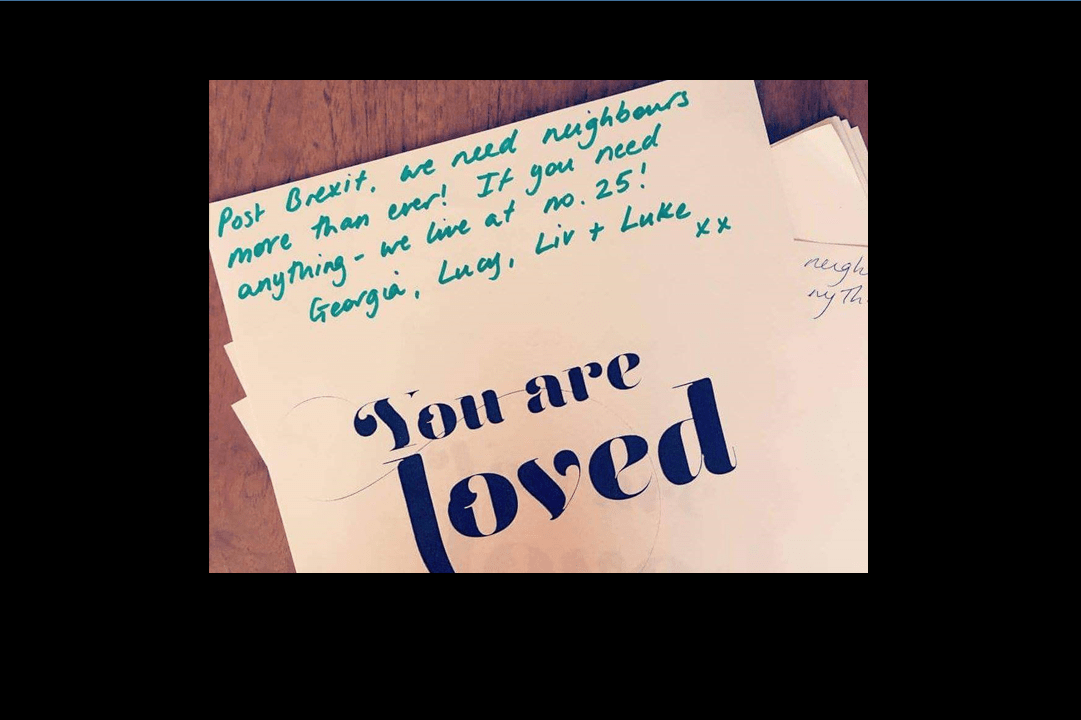 The news right now is dominated by the turmoil of the two main political parties. That’s no great surprise, but at times of uncertainty like this it’s important to remember there’s good in the world, too. There are a lot of horrible things happening, but the world is a better place thanks to these people below.

Parents at a Northampton school hand out flowers to show unity

Following the referendum result, in which the town of Northampton voted overwhelmingly to leave, EU migrants there reported feeling unwelcome. Parents at a primary school in the area have decided to change that. Initially planning to hand out flowers to all mums and dads who were born outside of the UK, organisers later decided to hand out flowers to everyone, because they “just want everyone to know that we are all the same”. In the wake of an onslaught of racist attacks, it is communities that are stepping forward to combat a reinvigorated wave of anti-immigration (and anti-immigrant) sentiment.

Protests in support of migrants across the UK

In the same vein, hundreds of people have gathered in cities across the UK to show support for the migrants affected by the anti-immigration stance that reigned throughout the referendum campaigning season. On 25 June, people in London gathered outside Murdoch’s News UK headquarters, and crowds gathered in Edinburgh and Glasgow too. There was a protest in Bristol on the 27 June, with a second day planned on the 28th. Given the far-right have also taken to the streets in the wake of Brexit, this action is needed now more than ever.

Sisters Uncut are a group of women and non-binary people who formed to protest the impact of government cuts on domestic violence services, women’s refuges and other services. During the week beginning 27 June, the South East London branch is occupying a building in Peckham to protest Southwark Borough Council’s current policy regarding housing provision for survivors of domestic violence.

According to the group, 47% of survivors who approached the council after being made homeless due to domestic violence were turned away. Southwark’s housing allocations policy gives no priority to those fleeing domestic violence. Meanwhile, there are a reported 1270 council homes currently empty in Southwark. In one particular council housing estate, the Heygate Estate, ‘regeneration’ has led to 1100 council homes being replaced with 2500 private flats, only 79 of which can be considered ‘affordable’.

By holding a week of awareness-raising and community-building activities, the group is hoping to challenge this narrative. In light of the economic uncertainty of Brexit, this could be more vital than ever.

Finally, now more than ever, passing on positive messages is important. With an increase in racist graffiti and racist sentiments, youareloved.org.uk  is starting a movement encouraging people to remind those in their communities – especially migrants – that there are people who care for them.

With our politicians at each other’s throats, we need each other more than ever.

Find out more about Sisters Uncut and lend your support here.

Let your local community know that they are loved with the You Are Loved campaign here.