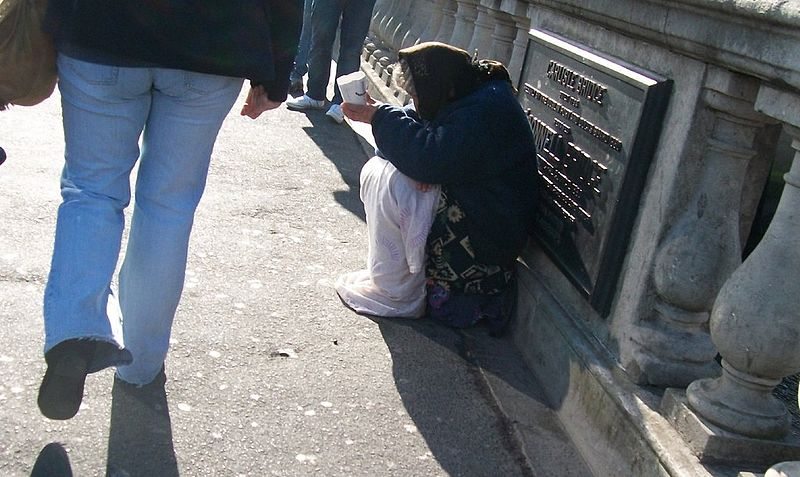 While the country is entrenched in the mire of the EU referendum fallout, the Tories have just been slammed by the United Nations (UN) – for human rights abuses.

But not abroad. Here, in the UK.

As The Canary previously reported, on the 15 and 16 June the UN Human Rights committee on economic, social and cultural affairs publicly reported its questioning of the Tories, after more than two years of evidence-gathering concerning the impact of their policies on society.

A report was submitted by the UK government, from which the final conclusions and recommendations, which were released on Monday night, have been drawn. And the UN pulls no punches in its assessment.

The criticisms are overarching, and in some cases staggering – covering nearly every area of government policy. It appears the UN have three levels of disdain: “regret”, “concerned” and “seriously or deeply concerned” – and the latter, worryingly, comes up relating to two specific areas.

The committee spoke at length about asylum seekers; specifically, that our government is failing them “due to restrictions in accessing employment and the insufficient level of support provided”. It goes further and says that they are, basically, being denied the health care that they are entitled to under international law. The UN also slams the government over its treatment of migrant workers, in terms of exploitation, low pay and health care access – specifically citing the fact the Tories ignored its last set of recommendations.

The government comes under criticism for its sales of weapons to foreign countries and lack of legislation surrounding this. A pertinent issue at present, with the Tories coming under increasing pressure to block arms sales to Saudi Arabia, who are currently accused of committing war crimes in Yemen.

The UN is also critical of the practices surrounding government-backed private companies’ conduct in foreign countries. This specifically relates to an investigation by Global Justice Now, surrounding the Department for International Development ploughing money into private education companies in Uganda and Kenya – at the cost of their free education systems. It seems the Tories not only want a profit from the UK’s schools, they want it from other countries’ schools as well.

There were numerous other areas in which the Tories came under fire: their failure to tackle tax avoidance; the 2016 Trade Union Act and blacklisting of workers; the reductions in the corporate tax rate; the decimation of the legal aid system; the failure to introduce the 2010 Equality Act in Northern Ireland and the continued illegality of abortion; the gender pay gap; the under-funding of mental health services; worsening of social care for the elderly; the lowly minimum wage; violence against women, and the lack of female representation in high-profile public roles.

However, the most damning indictments and truly staggering ones were surrounding austerity, unemployment, living standards and welfare reforms. And the majority of the barrage of criticisms were aimed at the impact these had on the vulnerable and the disabled.

Forgetting the most vulnerable

In short, criticisms were fired at the Tories over:

But perhaps the two most astonishing sections were those dedicated to what the UN described itself as having “seriously” and “deeply” concerned views on – the effects of austerity, and welfare reforms on the disabled and most vulnerable in society.

The UN said of the Conservatives’ austerity measures:

the Committee is seriously concerned about the disproportionate adverse impact that austerity measures, introduced since 2010, are having on […] disadvantaged and marginalized individuals and groups. The Committee is concerned that the State party has not undertaken a comprehensive assessment of the cumulative impact of such measures […] in a way that is recognized by civil society and national independent monitoring mechanisms.

Translated? The UN is saying that the government has forced through austerity measures without bothering to think or care how they would affect the poor, the disabled and the vulnerable – and that in doing so, they have flouted agreed international standards. The government had already been warned once by the UN in 2012 regarding this – but the Tories chose to ignore it. They were told that (regarding austerity):

such measures must be temporary, necessary, proportionate, and not discriminatory and must not disproportionately affect the rights of disadvantaged and marginalized individuals and groups and respect the core content of rights.

The UN said the government now must review all austerity measures since 2010 and the impact they have had on the marginalised groups they refer to.

However, the severest criticisms were of the 2012 Welfare Reform Act and the Welfare Reform and Work Act of 2016 – and the language and recommendations from the UN were unprecedented.

In no uncertain terms, the UN said that it was:

deeply concerned about the various changes in the entitlements to, and cuts in, social benefits, introduced [in the two acts] such as the reduction of the household benefit cap, the […] spare-room subsidy (bedroom tax), the four year freeze on certain benefits and the reduction in child tax credits. The Committee is particularly concerned about the adverse impact on […] disadvantaged and marginalized individuals and groups, including women, children, persons with disabilities, low-income families and families with two or more children. The Committee also is concerned about the extent to which the State party has made use of sanctions in relation to social security benefits and the absence of due process and access to justice for those affected by the use of sanctions.

This is exceptionally strong language from the UN. Having compared the report on the UK to that of Angola, nowhere in Angola’s does the phrase “deeply/seriously concerned” appear.

Nor does it in the reports for Burkina Faso, France, Sweden or Macedonia. The only report that ours is comparable to is that of Honduras – a country with one of the highest murder rates in the world, and one which is subject to tourist travel warnings from both the US and the UK.

The recommendations from the UN are even more far-reaching.

It says the government should:

restore the link between the rates of state benefits and the costs of living and guarantee that all social benefits provide a level of benefits sufficient to ensure an adequate standard of living, including access to health care, adequate housing and food; Review the use of sanctions in relation to social security benefits and ensure that they are used proportionately and are subject to prompt and independent dispute resolution mechanisms.

But the most staggering part is that it says, without hesitation, that the government needs to reverse all benefit cuts that were introduced in both the 2012 and 2016 acts. It also stipulates that it expects the government to provide “disaggregated data” on the impact of the welfare reforms, specifically in marginalised groups.

Sadly, there is an inherent flaw with everything that the UN has stipulated – none of it is legally binding.

The UN state in their report that they are “disappointed” that this, and previous, governments have not taken the “covenant” (agreement & rules) of the committee and written them into domestic law. It urges the government “to fully incorporate the covenant rights into its domestic legal order and ensure that victims of violations of economic, social and cultural rights have full access to effective legal remedies”. That is, if a person feels that the government has breached its human rights under the UN’s covenant – it can take them to court.

The likelihood of this government, or any future one for that matter, adopting the UN’s rule is slim to say the least. But it is sorely needed.

Speaking to The Canary, Disabled People Against Cuts (DPAC) said:

The response and recommendations of the report provide a damning declaration of the catalogue of the removal of rights that the Tories have imposed in their heartless regime. The report is to be welcomed for its forthright language and its recommendations. It contains everything that DPAC and campaigners have pointed out time and time again. For example, the call for a cumulative assessment of the cuts, the withdrawal of legal aid cuts, the targeting of funds to alleviate increasing poverty, reversal of welfare reform cuts, linking of cost of living to social security payments and a review of sanction procedures. If this report were a political party, it would win the next election. Labour – keep your elected leader and take note.

The report is one of the most damning assessments of a Western government in modern times. But to those who have been at the sharp end of recent policy changes, it will come as no surprise.

The government has to report back to the UN on certain aspects immediately, otherwise, the next review will take place in 2021.

Sadly, with a Tory government looking set to lurch even further to the right, and a Labour party in a state of implosion, things may well become even more precarious.

It seems, as always, that it will be down to us, the public, to try and force meaningful change.

And meaningful change must come – because already, for many, it is too late.

Sign the petition to stop cuts to disabled people’s benefits