While Blairites attack their elected leader, the Conservatives are getting away with absolute murder - Canary 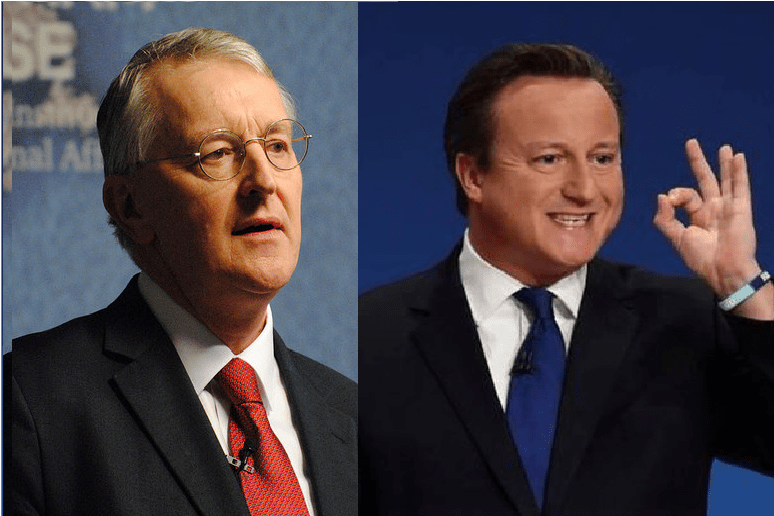 The Conservatives are falling about laughing as a series of Labour MPs attack Jeremy Corbyn. The blue camp doesn’t even have to try any more. It can just sit back and let a vocal minority of bumbling Blairites do their job for them, while they wreak havoc behind the scenes.

Instead of focusing on negotiating a Brexit that benefits ordinary people, primarily-careerist Labour MPs have launched a coup against their elected leader. Masking their blatant opportunism, they’ve blamed Corbyn for Brexit – despite two-thirds of Labour supporters actually voting to Remain. In reality, it was David Cameron’s charge – the older, Conservative demographic – that steered us to Brexit.

It’s absolutely jaw-dropping that rebelling MPs are accusing Corbyn of ‘sabotaging‘ the Remain campaign, when these same MPs have been trying to sabotage Labour’s chances ever since Corbyn was elected. From fabricating an antisemitism crisis ahead of the local elections to weekly whinging to the corporate tabloids, they’re now using the referendum result to advance their personal agenda.

Meanwhile, they’re failing to do their jobs as opposition MPs by failing to hold the Conservatives to account.

Here’s what the Tories are getting away with, thanks to these self-defeating rebels…

The right-wing Brexit campaign has been completely exposed

Conservative infighting has continued. Top Tory Anna Soubry accused Boris Johnson of not expecting to win the referendum. She said:

My anger with Boris is that I don’t honestly believe that he believed what he was saying to people.

And do you know what I think? I think he didn’t think that they would win.

As well as Johnson’s Leave campaign being exposed as an Etonian joust for the Tory leadership, the Brexit camp has also admitted it was misleading the public about having an extra £350m a week for the NHS:

Didn't take long to backtrack, did it? Turns out that EU money isn't going to the NHS after all. Not a big… https://t.co/YM00SxEkFq

The other central promise of reducing immigration was also a lie:

But instead of harnessing the resulting public anger and directing it at the Conservatives, Labour coup plotters have been wasting the opportunity by attacking Corbyn.

Defence Secretary Michael Fallon has been ordered to pay undisclosed compensation to imam Suliman Gani for falsely claiming he’s a supporter of Daesh (Isis/Isil) in a desperate attempt to smear Sadiq Khan by association.

David Cameron was guilty of making the same accusation, but hid behind parliamentary privilege to avoid punishment.

Instead of attacking Corbyn, Labour MPs could be reminding the electorate that the Conservatives were running a divisive and downright racist London mayoral campaign less than a month ago.

The coup-plotting Labour MPs could be criticising this questionable use of funds instead of attacking a Labour leader with a record-breaking democratic mandate.

The Labour MPs resigning to topple Corbyn are wasting vital opportunities to capitalise on a divided Conservative party that has just run a series of misleading and disgraceful campaigns, from the London mayoral election to the EU referendum.

Now they’ve made their point by resigning, hopefully they can focus on doing their job in the future – holding the Conservatives to account.