Universal justice just caught up with Michael Gove, and bit him...HARD - The Canary 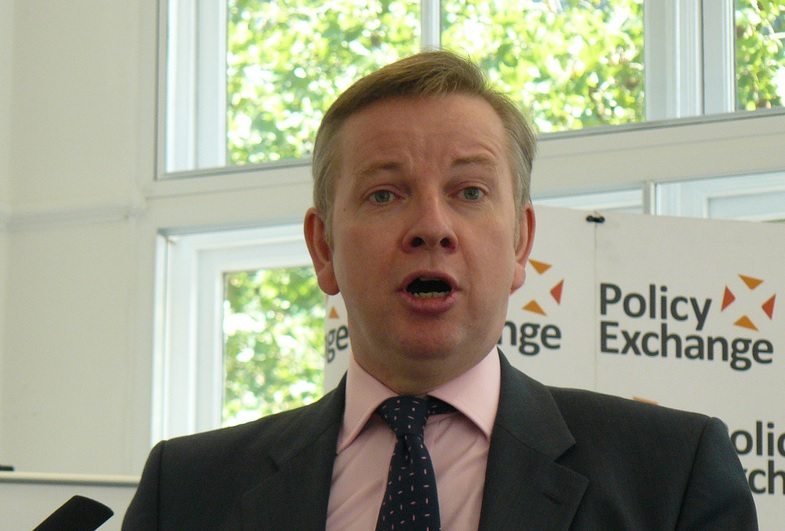 Michael Gove has been given the chop from his role as Justice Secretary. And as the man most often wielding the political knife against his fellow MPs of late, it couldn’t happen to a more appropriate fellow.

The UK’s new prime minister Theresa May is continuing her cabinet shake-up. Following her dramatic axing of George Osborne as Chancellor on 13 July, she has now removed Gove from his position.

The justice minister has become infamous following the Brexit vote for his betrayal of fellow Leave campaigner Boris Johnson. Both fought as a team for a Leave vote, but once that goal was achieved Gove turned on his companion. Johnson had long been pegged to stand as a candidate for the PM position. But almost as soon as the Brexit vote was cast Gove declared Johnson unfit to “provide the leadership” needed and put himself forward as a candidate.

As many have noted, Gove’s betrayal of Johnson follows an equally Brutus-style treatment of David Cameron, in Gove’s decision to fiercely oppose the government’s Remain position.

Of course, Gove had an infamous reputation in certain sectors of society even prior to the Brexit vote. He is generally reviled in the education system for his atrocious understanding of what constitutes a good education and selling off most schools to the private sector. For these, and other, reasons he earned the never-coveted legacy of being the most hated education secretary ever.

His standing as justice secretary hasn’t been any better either. He’s notoriously continued in his fervour for selling state assets, pledging to auction off some of the UK’s most valuable prisons. And he was forced into an embarrassing u-turn over planned legal aid cuts when hundreds of lawyers came out against them.

Most alarmingly, as one of the justice secretary’s roles is to ensure there is sturdy legislation in place to protect our human rights, Gove is passionately against them. He has been one of the most ardent advocates for abolishing the Human Rights Act and replacing it with a British Bill of Rights instead.

For many, having Gove retreat to the backbenches will be a welcome development. He will be replaced by Liz Truss, who will be moving from her current post as secretary of state at the Department for Environment, Food and Rural Affairs. However, the level of ignorance she has shown over environmental issues in this position does not bode well for the progress of justice in the UK.

But, at least Gove got some justice of the poetic variety in this reshuffle. Small mercies it is.

Read our other articles about Theresa May’s ‘new look’ government.