One of Corbyn’s top team members shows why Labour may be heading for power, live on Sky News [VIDEO] - Canary 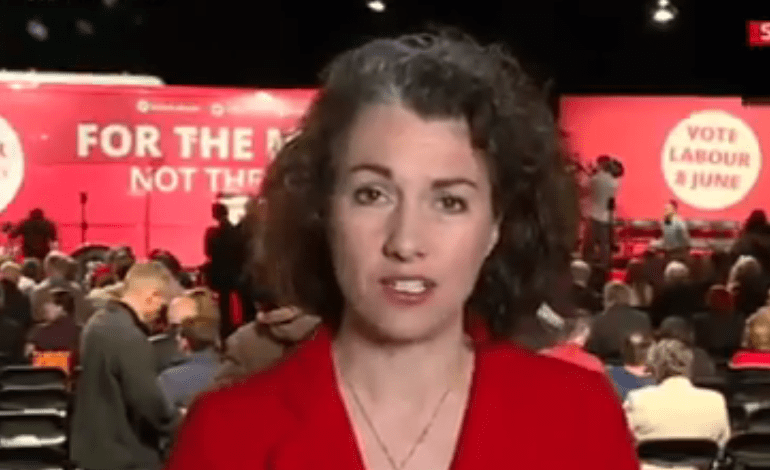 One of Jeremy Corbyn’s top team members, Sarah Champion, showed why Labour may be heading for power on Sky News. The Shadow Secretary for Women and Equalities cut through the propaganda, showing the common-sense logic behind Labour’s proposals for fair taxation of multinational corporations:

When you look at a business, they are using the infrastructure, they are benefiting from the education system we’ve got. So paying your fair share back in again – that seems very sensible to me.

In other words, profits depend on taxpayers. Multinationals rely on the country’s infrastructure to maintain their businesses and sell products. And as Champion points out, the education system provided by the British people’s co-owned tax money trains the workforce that props up those companies. Without their workforce, the companies would be nothing.

On Sky News, the Labour candidate for Rotherham began by tackling soundbite smears:

Delighted that the talents of @SarahChampionMP are finally being utilised by Labour this election. Great interview pic.twitter.com/LFDubtWc4E

Champion’s point is one of the many reasons why multinationals should pay proportionate tax. They are profiting from the nation’s markets. We allow them to extract money from the country’s economy, so they should pay back into it. Not doing so amounts to corporations funnelling money from the nation – flying in, making money, and flying out again without restraint. And if they don’t pay their fair share of tax, they are essentially taking from ordinary taxpayers without giving back.

Sky News host Adam Boulton suggested that the Conservatives are the party of women simply because they’ve had two female prime ministers. So Champion put that way of thinking to bed:

Why do you think it is that, in the budget that we’ve just had, 86% of the cuts and changes that the Treasury made fell on women’s shoulders? How is that about equality?… We are not looking at one individual.

Official Commons analysis commissioned by Labour shows that 86% of austerity policies since 2010 have hit women.

Champion also clarified that she thought Jeremy Corbyn would make a better prime minister than Theresa May:

We’ve long been told that companies’ profits would trickle down. But they’ve trickled offshore instead.

Let’s bring an end to the system that transfers money from the already struggling to the already rich. That’s the type of neglected common sense that Champion brought straight to Sky News. And the type that suggests Labour could be heading for power in the upcoming general election.