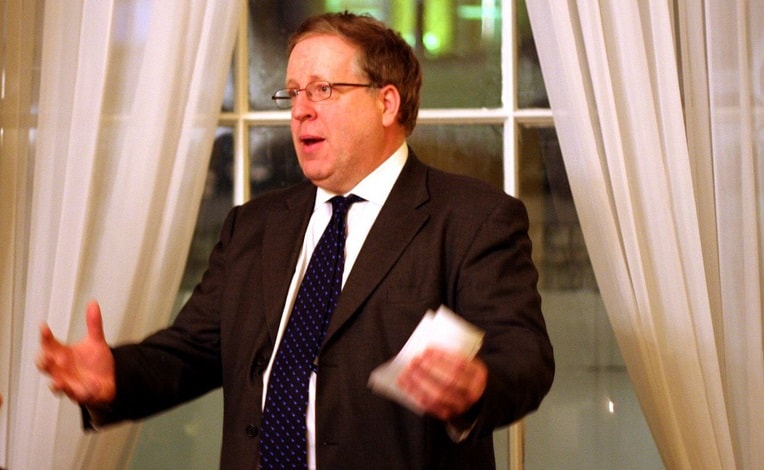 Conservative Party Chairman Patrick McLoughlin has threatened anyone who thinks Tory election expenses are still worth discussing. He called for people “on the internet” to stop talking about it:

People should be aware that making false claims about a candidate’s personal character and conduct is an electoral offence, as well as being defamatory.

McLoughlin denounced all the allegations against his party:

These were politically motivated and unfounded complaints that have wasted police time.

Conservative Karl McCartney, who was under investigation and is now seeking re-election as MP for Lincoln, echoed McLoughlin:

This whole saga amounts to no more than a politically-motivated witch-hunt.

This is despite the Electoral Commission (EC) imposing the maximum possible fine on the Conservative Party in March 2017. The EC concluded there were “significant failures” in how the party recorded spending in the 2015 general election.

The Chief Executive of the EC said she would have fined the party more if the EC had the power to do so.

The CPS has now stated that Conservative Party candidate spending returns were “inaccurate”. But it believes that no representative of the Tory Party was “dishonest”. Why? According to the CPS, the agents weren’t acting dishonestly because they were “told by Conservative Party headquarters that the costs were part of the national campaign”.

Attack on the EC

McCartney has also called for resignations at the “politically-motivated and biased” EC:

In these circumstances, the positions of the Executive Team and Senior Management Group – from the Chief Executive down to her side-kick, Louise Edwards, who has spearheaded many, if not all, of these one-sided enquiries – are now untenable and I believe that they should resign forthwith.

If these people don’t resign, the candidate threatened to push to “abolish this incompetent organisation”.

Other responses were a little more measured. SNP leader Nicola Sturgeon pointed out:

Notwithstanding the fact the CPS say there is not the evidence, the high bar of evidence, to prove criminal intent, there is lots to suggest that the Tories were “at it” when it came to how they were allocating election expenses in some constituencies.

One MP, Craig Mackinlay, is still under investigation. Correspondingly, financial activist Joel Benjamin tweeted on 9 May:

The CPS announcement appears to set a dangerous precedent for future investigations.

But the British public can deliver its own verdict on the Conservative Party on 8 June.