Theresa May's government has just been shamed by the UN. But it couldn't care less - Canary 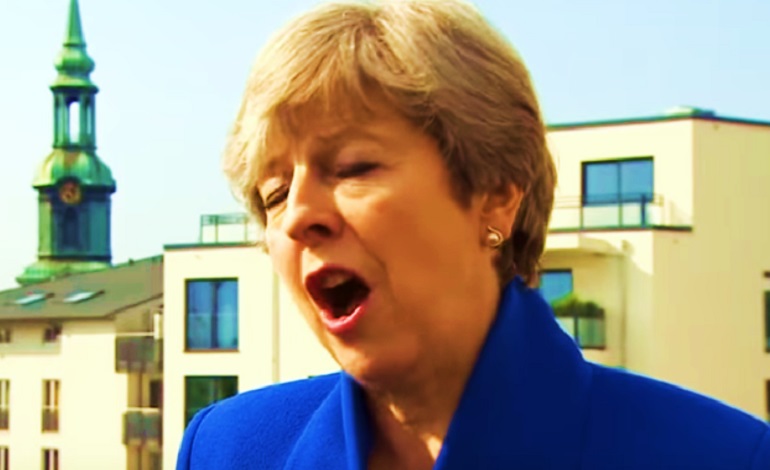 Theresa May’s government has been internationally shamed for its failure to cooperate with the United Nations (UN). In a move that has seen it slammed for “disparaging” the UN, the Conservative Party has essentially been backed into a corner. But the UK government is not, sadly, standing alone.

On Friday 7 July the UN passed a treaty on the prohibition of nuclear weapons. In the “legally binding instrument” countries signed up to it commit never to “develop, test, produce, manufacture, otherwise acquire, possess or stockpile nuclear weapons or other nuclear explosive devices”. The UN treaty also effectively forces signatory countries to get rid of any existing nuclear weapons. And it makes it illegal for one country to “threaten” another with their use.

In total, 122 countries have signed the prohibition treaty. These include ‘Western’ states such as Austria, Cyprus, New Zealand, Sweden and Switzerland; the majority of African and Middle Eastern nations, most Latin American and some former Soviet countries. But the list of countries that didn’t sign reads like a Who’s-Who of neoliberal and corporatist nations.

Not everyone is happy

Around 70 countries, including the UK, refused to be involved in or sign the UN treaty. These were the majority of NATO members; Russia; China; Turkey and Israel. Each of the nine countries known to possess nuclear weapons failed to agree to the legislation. The only NATO member to participate in the process, the Netherlands, voted against the treaty. And it was the only country to do so.

Supporters of the treaty say it sends a clear message that the international community wants security, but without nuclear weapons. Beatrice Fihn, speaking at the International Campaign to Abolish Nuclear Weapons in Geneva, said:

These kinds of treaties have an impact that forces countries to change their behaviour. It is not going to happen fast, but it does affect them… We have seen on all other weapons that prohibition comes first, and then elimination. This is taking the first step towards elimination.

Reds under the bed?

After the treaty was passed, the US, UK and France issued a joint statement saying:

But a major driver behind the UK and US desire to keep nuclear weapons is, in short, money. For example, as The Canary reported in 2016, UK banks not only finance our nuclear deterrent, Trident, but also our supposed “enemy” Russia’s as well; and some senior UK politicians enjoy a direct financial profit through keeping nuclear weapons. You can read the full article here, but as The Canary said at the time:

Essentially, UK multinational banks [and politicians] are playing one big game of ‘Battleships’, funding both UK and Russian nuclear weapons programmes. Except no missiles will ever be fired, and a winner will never be declared – because that would be unprofitable.

We, the taxpayer, are duped into allowing complicit Governments to squander our money on an imaginary threat. [One] which merely serves to make former MPs richer and multinational banks and their wealthy shareholders more money.

The General Secretary of the Campaign for Nuclear Disarmament (CND), Kate Hudson, told The Canary:

Throughout the last month at the UN it has become clear that the international consensus is against nuclear weapons. Successive UK governments have claimed to support a nuclear-free world. Yet our current government has boycotted these talks and sided with Donald Trump in disparaging this important initiative.

It’s time for words to be matched by actions. Britain must join the mainstream and sign up to this treaty. CND will be working flat out to bring Britain into line with the global majority.

The UN treaty is an important step towards multilateral disarmament. But, as is often the case with the UN, the treaty is only legally binding for those countries that sign it. And there is little recourse, except diplomatic pressure, against those that don’t recognise it.

The attitude of the countries that refused to sign is one of arrogance and self-importance. That around 70 countries can essentially scoff at the rest of the world, in part because prohibiting nuclear weapons would mean severe financial losses for some of them, encapsulates the nefarious nature of the global financial and governmental system we live under. As is often the case when it comes to decisions by the likes of May, it’s not about what’s best for the majority of the population. It’s about what benefits the elite few who believe they can bulldoze through the democratic will of the rest of us.