Government must invest in the public sector, says TUC - Canary 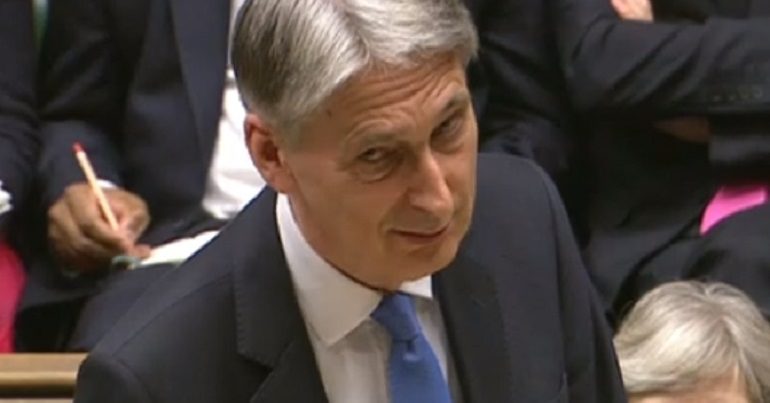 On 13 March, chancellor Philip Hammond read out the spring statement to parliament. As expected, the chancellor reported on public finances and the state of the economy, but he didn’t propose any significant new spending or taxes. Instead, Hammond hinted at the possibility of new spending on public services in the autumn budget:

…if, in the Autumn, the public finances continue to reflect the improvements that today’s report hints at.

Solid progress towards building an economy that works for everyone.

In a report published on 12 March, the Trade Union Congress (TUC) made its own spring statement highlighting economic problems facing the UK. These include weak growth (lowest of the G7 countries), falling real wages, falling investment in public services, and a lack of investment in infrastructure [pdf, p2-4].

Hammond claimed that the wages of the lowest paid increased by almost 7% above inflation. Yet the TUC report [pdf, p3] shows that real wages declined by 0.5%. This is the seventh annual decline in the nine years since the global financial crisis.

Employment only increased by 1.1%, which is the weakest annual growth for five years. Households face pressures from inflation, falling income, and increased debt. Hammond admitted that inflation was “above target at 3%”, but promised it would fall back over the next 12 months.

Declaring his mood to be “Tigger-ish,” Hammond asserted that manufacturing sector enjoys its longest unbroken run of growth for fifty years. But, responding to the statement, shadow chancellor John McDonnell said UK industry was 20 to 30% less productive than other major economies.

The TUC has long argued that austerity policies are counterproductive. “Far from addressing the UK’s debt,” it has said, “austerity has hobbled the nation’s economic revival while at the same time causing significant damage to public services and those that rely upon them.” The TUC called on the government to end austerity and invest in public services, public sector pay and infrastructure.

Ministers are standing by while wages fall and services like schools and hospitals are starved of cash. And low investment has left many communities without the modern infrastructure they need to attract new businesses and create better-quality jobs… We need urgent action to strengthen the economy and get wages rising.

I say to the Chancellor: his complacency today is astounding. We face–in every public service–a crisis on a scale we’ve never seen before. Hasn’t he listened to the doctors and nurses, the teachers, the police officers, the carers and even his own councillors? They are telling him they can’t wait for the next Budget. They’re telling him to act now. For eight years they’ve been ignored by this government. And today–they’ve been ignored again.

The TUC report argues that austerity is likely to further harm the economy. The Treasury argues this is necessary to reduce public borrowing. Hammond claims that borrowing is now forecast to be £45.2bn this year – £4.7bn lower than forecast in November. McDonnell remarked:

The Chancellor has made great play this week of reaching a turning point in reducing the deficit and debt. It’s a bit rich coming from a Party that has increased the debt by over £700 billion. This loads the equivalent of an additional £22,000 on every household in this country. It’s worth remembering that this is the Party that promised to eliminate the deficit completely by 2015, then 2016, then 2020.

Hammond said that he sees “light at the end of the tunnel,” but the spring statement gave no sign of an end to austerity. Public service cuts are expected to continue.