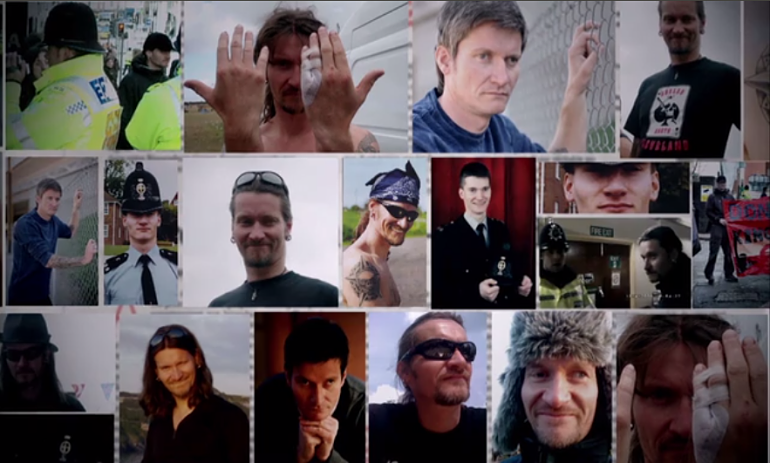 Eight environmental and anti-capitalist activists are on trial in France, thanks partly to the interventions of a discredited British ‘spycop’ (undercover police officer). But a secret ‘dossier’ that reveals his precise role in the ‘Tarnac Affair’ has never been published in full.

In November 2008, around 150 police officers (most in paramilitary gear and supported by a helicopter) raided the French village of Tarnac.

Initially, nine people were arrested and charged with terrorism-related ‘conspiracy’. It was alleged that they were members of an anarchist cell, led by Julien Coupat, that sought to overthrow the state. But the authorities backed down and later ruled that terrorism would no longer apply to the charges.

The prosecution resumed on 13 March 2018. Coupat and Yildune Levy (see image below), together with Elsa Hauck and Bertrand Devaud, are facing conspiracy charges, which carry up to 10 years [French] of imprisonment. That charge relates to the alleged disruption of a high-speed railway line, which neither caused damage nor resulted in risk to the public. Four other defendants face lesser charges. 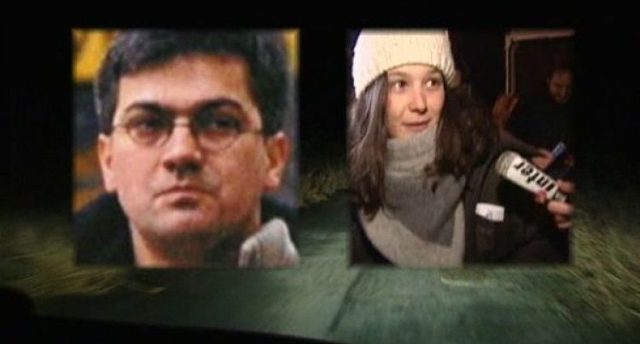 Undercover police officer Mark Kennedy, aka Mark Stone (see featured image), was an officer working with the National Public Order Intelligence Unit (NPOIU). But not all of his deployments were in the UK. Detective Chief Inspector Richard May, of the National Domestic Extremism Unit, provided intelligence obtained by Kennedy to the French authorities about an alleged meeting that Coupat and Levy attended in New York in January 2008.

But that’s not all. In a 2016 France 3 documentary, Levy is quoted as saying [French] “There is no doubt our problems began with Kennedy’s intelligence”. Also, extracts from Operation Pegasus (a secret NPIOU file) were produced, naming [French] Coupat as a target. However, the narrator added that information Kennedy had on Coupat and others in Tarnac would [French] “remain largely mysterious”.

Moreover, Richard May told French prosecutors that the “source of this intelligence will never be revealed and no formal statements will be provided”.

Intelligence agencies probably have a dossier that is much thicker than the legal file, but it was not disclosed to the defence lawyers. This is a serious breach of fair trial standards.

And Levy’s lawyers have demanded [French] disclosure of the Kennedy dossier:

The very existence of such an intelligence service file… reveals clearly a misuse of procedure and a violation of the principle of fairness and legality in obtaining the evidence.

The Canary has a copy of the aforementioned ‘Pegasus file’, and has decided to publish it in its entirety in the interests of justice. In the file, the black redactions were made by the British police. The grey redactions have been made to protect the names of those activists, targeted by Kennedy in one of his UK operations, who wish to remain anonymous.

The dossier [pdf] mainly concerns a protest by environmental activists aimed at the coal-fired Drax power station in North Yorkshire. But it also includes crucial information regarding Kennedy’s role in the Tarnac Affair:

And here’s what happened next:

During the summer, 2008, three months before they [the Tarnac 9] were arrested, some inhabitants of Tarnac saw the arrival of two visitors in their farm. It was Mark Stone [aka Kennedy] and his American mate [Halpin], the one who was with him in New York. A friendly visit – militant tourism….

In other words, Kennedy acted on his instructions by British supervisors Sampson and Parkinson.

Once Kennedy’s role in the Drax protest was fully revealed, the convictions of activists were overturned (and the same with activists in the Ratcliffe case). Kennedy was further discredited after it was shown he had formed intimate relationships with women activists in order to obtain intelligence. He subsequently sought [pdf] immunity from misconduct proceedings.

Given the extent of Kennedy’s role in the ‘Tarnac Affair’ as a whole, the prosecution is now left with no choice but to acknowledge his involvement:

I am here in Paris inside the Palais du Justice and the French prosecutor has admitted that British undercover Mark Kennedy was involved in the #tarnac case, yet somehow does not understand that Mark himself has said he inflated his cases and was mentally ill. https://t.co/bmEiJ1qV2P

Dramatic scenes in the Paris court where the #Tarnac case is finally being heard & the involvement of British #spycops officer Mark Kennedy has finally been admitted by the French state. https://t.co/obV2HAT1Iw

William Bourdon has accused Kennedy of exaggeration and dramatisation, implying his evidence is unreliable. And Coupat argues that the entire prosecution case is politically motivated, with the aim of stifling dissent.

The trial is scheduled to end on 30 March.