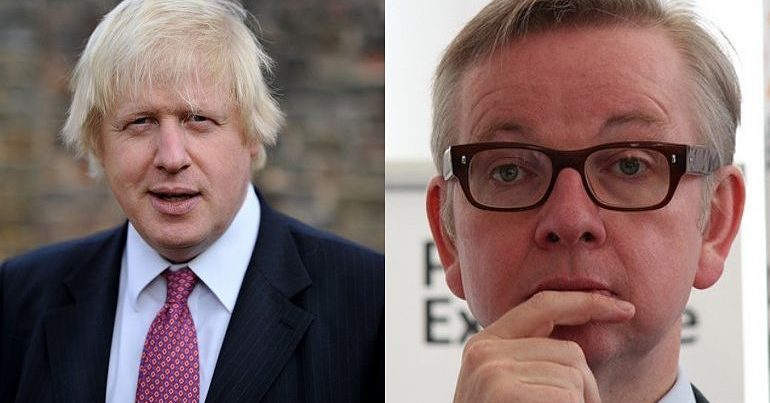 More evidence has emerged about alleged collusion between the pro-Brexit groups that paid data miners AggregateIQ and that firm’s corporate links with Cambridge Analytica.

When questions were raised in the Commons on alleged breaches of electoral law during the EU referendum, Vote Leave’s Michael Gove and Boris Johnson – and the Tories generally – took a low profile:

Just 7 Tories in the chamber for this vital debate other than the Ministers & none of them wanting to make a speech.

It's staggeringly hypocritical that many of them to campaigned to the leave the EU to 'enhance our democracy' but fail to show their face in a debate like this. pic.twitter.com/4vaNpWPiuh

It has now emerged that Canadian-based data miner AggregateIQ developed the software platform Cambridge Analytica used during the 2016 US presidential elections. (It’s not known whether AggregateIQ used this platform, or an adapted version, in the run-up to the EU referendum in the UK.)

This discovery raises further questions about the links between Cambridge Analytica and AggregateIQ.

Who are SCL Group, what are they involved in and what are their links to the British establishment? I made a vid with @PhantomPower14 films to explain https://t.co/sYN9NKBXjd

At the Commons Select Committee on Culture on 27 March 2018, Wylie stated:

I am absolutely convinced that there was a common plan and common purpose with Vote Leave, BeLeave, the DUP, and Veterans for Britain. All of these companies somehow, for some reason, all decided to use AIQ [AggregateIQ]… When you look at the accumulation of evidence, I think it would be completely unreasonable to come to any other conclusion other than this must be coordination, this must be a common purpose plan.

Here is his testimony:

Vote Leave whistleblower Shahmir Sanni claims there was coordination between the groups making payments to AggregateIQ, so breaking electoral rules.

Here are the payments received by AggregateIQ for the Brexit campaign:

Altogether, Vote Leave paid a total of £3.5m to the Canadian company.

was done in isolation of Vote Leave Ltd… we didn’t discuss with Vote Leave how we would spend the money apart from telling them that it was for our digital campaign and that is why we asked for the money to be paid directly to the company were working with AggregateIQ.

But since the authorities started to investigate these payments, files have been allegedly deleted. Fair Vote alleges that a senior Vote Leave staff member, Victoria Woodcock, went through a drive shared by Vote Leave, BeLeave and AggregateIQ, removing [pdf, p3] access for herself and Vote Leave’s campaign director Dominic Cummings and digital director Henry de Zoete from hundreds of documents.

Labour uses parliamentary privilege to utterly rip into Vote Leave / BeLeave – "It is therefore hard to conclude anything other than that this was a puppet campaign designed to avoid electoral law."https://t.co/eV4JqSayMX pic.twitter.com/McGUeX9OOB

It doesn’t stop there

Brittany Kaiser, Cambridge Analytica’s former business development manager, says she advised Leave.EU – fronted by UKIP’s Nigel Farage – on how to target voters through social media; and that the work-in-kind billed by Cambridge Analytica was equal to £40,000 (but undeclared by the campaign group).

The Leave.EU campaign recently deleted a webpage called The Science Behind Our Strategy which says “[Cambridge Analytica] will be helping us map the British electorate and what they believe in, enabling us to better engage with voters”. But an archived copy has been retrieved.

This is Jeff Silvester, boss of Vote Leave's Canadian data firm AIQ visiting Number 10 last autumn. I'm told his AIQ colleague Zack Massingham went with him, and they also visited Conservative HQ. Number 10 have yet to answer my question as to what their visit was about pic.twitter.com/0yiERQWX0S

Cambridge Analytica has issued a detailed statement, refuting the allegations made by Wylie:

Meanwhile, lawyers possess a cache of evidence that appears to confirm that Vote Leave and BeLeave acted to coordinate their campaigns via AggregateIQ. Copies of allegedly incriminating emails, chat room discussions, photographs and other material have been produced. These claim to show that Vote Leave set up BeLeave to avoid the £7m spending limit and that officials from the two campaigns used the same Google drives to share documents.

Gove and Johnson, who both fronted Vote Leave, deny any wrongdoing. But given the new evidence amassed, we may now be entering new territory.