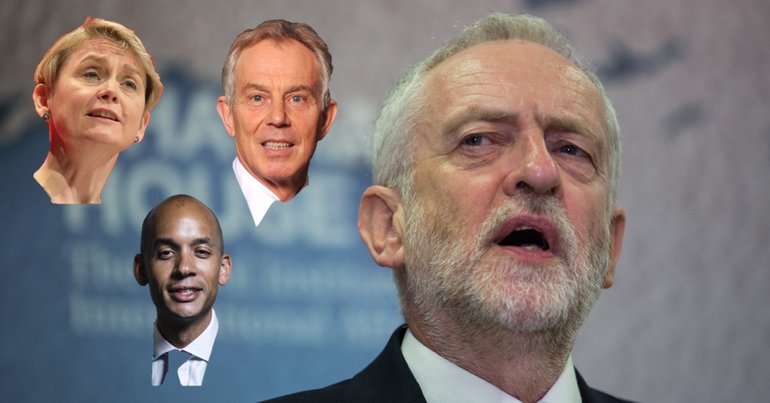 The Murdoch-owned Times has published a column [paywall] outlining the dream of the Labour right. The so-called ‘centrists’ are waiting for David Miliband to re-enter politics as the “saviour” who will oust Corbyn for good.

Having lost the 2010 and 2015 general elections, and the 2015 and 2016 Labour leadership elections, centrists are blue. But what have eight years in the political wilderness taught them?

There’s a hole in the centre of British politics made for a saviour, writes @rsylvestertimes https://t.co/bUndqu5kic pic.twitter.com/8k51wweJzk

Not much by the looks of it. Because their big dream now is to bring back the man who already failed to lead the centrist revolution. Writing in The Times, Rachel Sylvester lays out [paywall] the vision:

Imagine if David Miliband announced that he was returning to Britain to set up a new party.

And what of the platform? Sylvester says [paywall]:

It would be socially and economically liberal, internationalist and domestically reforming, including of capitalism. Opposing Brexit would be part of its agenda, but not its whole identity.

Sylvester doesn’t bother to mention how this differs from Labour’s current platform. There is no evidence that Corbyn’s Labour is socially illiberal, xenophobic, or obsessed with either leaving or remaining in the EU. In fact, there is considerable evidence to the contrary.

But Sylvester fails to evidence her assertions before delivering yet further assertions. She argues that [paywall]:

Labour moderates would then have to decide whether to stay with the antisemitic, misogynistic bullies of the hard left whose politics they despise, or join an alliance that would be recreating the party of Clement Attlee, Harold Wilson, Neil Kinnock and Tony Blair.

And this is where we have to press pause on Sylvester’s dream. Because if she thinks Corbyn is ‘hard-left’, she would have burned Clement Attlee at the stake. Under Attlee, the Labour Party nationalised health, education, rail, housing, energy, water, and a host of other areas of the private sector. Labour centrists freaked out about a tax on mansions. Let’s get real here.

Also, when it comes to internationalism, a respect for international law is pretty central. David Miliband and the Labour right have backed every military misadventure of the last 15 years, while the left has maintained its emphasis on diplomacy and international law.

The hopes of the Labour right rest on the shoulders of David Miliband – the guy who lost the Labour leadership election to his brother nearly a decade ago. The same David Miliband who is currently earning £425,000 per year as head of refugee charity International Rescue.

And here is the issue for the Labour right. This toxic coalition has no compelling vision, values, or candidate. All that it has left are negative press briefings, smear campaigns, and botched coups. Which is a real shame, because austerity didn’t go away while these mutinous MPs and their press pals were busy throwing stones at the opposition.

But even that assessment overlooks the central weakness of the dream. Since 2010, the centrist position of minor tweaks to the status quo has been electoral suicide. UK voters saw their economy torn to pieces by the private sector’s financial crisis. Then they were told they would have to bail out those responsible with taxes those private companies rarely, if ever, pay. Only to be rewarded with eight years of austerity – meaning the defunding and asset-stripping of their public services and the welfare state. The results are an NHS in crisis; a 134% rise in rough sleepers; a 2,792% rise in food bank use (from the Trussell Trust alone); and 400,000 additional children living in poverty. This list is not exhaustive.

As economist Paul Krugman wrote in 2015:

And, of course, the Labour right. While centrists cry out at the effects of austerity, they offer no alternative. Worse, they actively agitate against those on the left who do.

oh my god when will the centrists get over david miliband https://t.co/Wqx00l1ojd

The pump on my shower has gone, but I'm pretty sure this can be fixed by getting David Miliband to lead a new centrist party.

As summer approaches, the Labour right appears to be gearing up for yet another coup. Because who needs progressive policies or principles when you have the press in your pocket, right?