It's 15 years since the invasion of Iraq. Here's Jeremy Corbyn predicting the outcome in 2003. - Canary 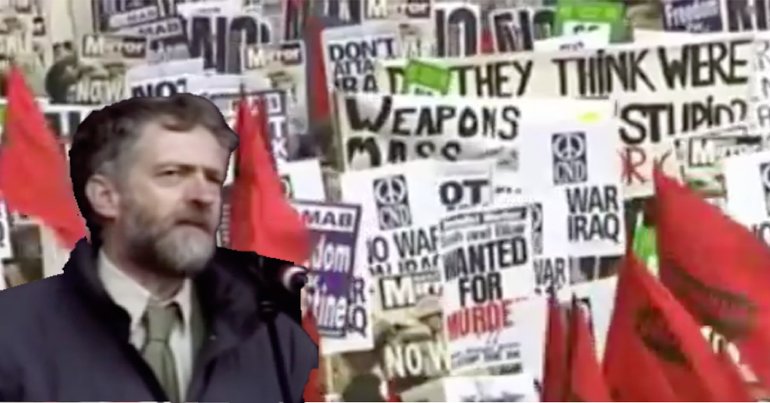 Today marks the 15th anniversary of the invasion of Iraq; a foreign policy disaster which threw the Middle East into chaos. While those who backed the invasion huddle behind the ‘hindsight’ defence today, Labour leader Jeremy Corbyn called it right at the time. Watching his words from 2003 today, and those of his opponents, it’s hard not to feel a profound sense of déjà vu.

It’s difficult to remember through the mists of time. But it was not cool to oppose the Iraq invasion in 2003. In fact, those who did were derided as appeasers, cowards and conspiracy theorists. Sound familiar? The establishment media fully backed the Blair government’s line that Saddam Hussein was capable of deploying weapons of mass destruction (WMD) in 45 minutes.

Amid this war fever, it was political suicide to oppose the invasion. This is how The Sun described Liberal Democrat leader Charles Kennedy for opposing the invasion: 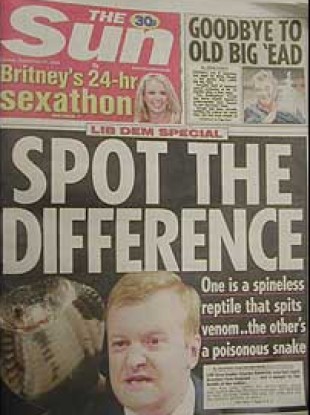 But along with Kennedy, figures like Caroline Lucas, Robin Cook and Jeremy Corbyn remained defiant in the face of overwhelming pressure. Labour frontbencher Robin Cook gave one of the most powerful resignation speeches in history, warning the House of Commons:

None of us can predict the death toll of civilians from the forthcoming bombardment of Iraq, but the US warning of a bombing campaign that will “shock and awe” makes it likely that casualties will be numbered at least in the thousands.

And in his concluding remarks, he stated:

On Iraq, I believe that the prevailing mood of the British people is sound. They do not doubt that Saddam is a brutal dictator, but they are not persuaded that he is a clear and present danger to Britain.

They want inspections to be given a chance, and they suspect that they are being pushed too quickly into conflict by a US Administration with an agenda of its own.

In a speech the month before, Jeremy Corbyn had laid out the future in even starker terms. Addressing the estimated one million people who marched against the war in February 2003, Corbyn said:

Thousands more deaths in Iraq will not make things right. It will set off a spiral of conflict, of hate, of misery, of desperation that will fuel the wars, the conflict, the terrorism, the depression and the misery of future generations.

According to the pro-war line, Saddam Hussein would fall within days of the invasion and US-UK forces would be “greeted as liberators”. 10 years later, more than half a million Iraqis had been killed, and the nebulous ‘war on terror’ showed no signs of abating. And now, on this 15th anniversary, Iraq is still burning. The country is riven with sectarian violence, while (predominantly) US companies continue to plunder its public assets. There are even claims that some US companies funded terror groups in the country.

The ramifications reached far beyond Iraq too, with equally disastrous consequences for Afghanistan, Libya, Syria and beyond. An entire generation of men, women and children in the Middle East have paid the price for this folly. So have victims of terror attacks across the world. And now we stand at a similar precipice.

What did those who were proven wrong learn? Apparently, nothing. Take BBC and Guardian pundit David Aaronovitch, a vocal supporter of the Iraq invasion. In April 2003, he wrote a column entitled “Those weapons had better be there…”, in which he stated:

If nothing is eventually found, I – as a supporter of the war – will never believe another thing that I am told by our government, or that of the US ever again. And, more to the point, neither will anyone else. Those weapons had better be there somewhere.

Of course, there were no weapons. Was this a transformative experience for Aaronovitch? Nope.

Just to be clear, the Corbyn call for evidence re Russia is a smokescreen, just as was Ed Miliband's for proof of Syrian use of WMD in 2013. The truth is that he and his closest advisor consider the US to be the greater threat, and always have.

Flash forward 15 years, and it’s déjà vu time. Again, the war drums clamour. And once again, those urging caution, consideration and diplomacy are subject to relentless attack. Let’s not make the mistake of falling for it this time.

– Watch John Pilger’s documentary ‘The War You Don’t See’ for more on the propaganda machine that drives global conflict.