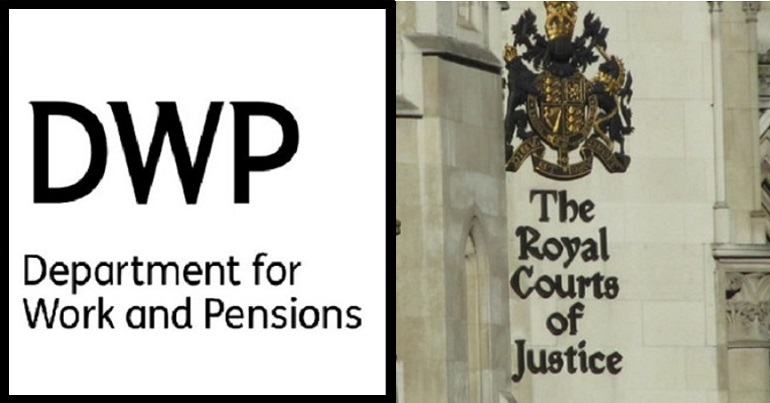 The Department for Work and Pensions (DWP) has just won a court case. It is one which will now set a staggering precedent. Because it effectively means the DWP can ignore benefit claimants’ human rights when it comes to the welfare state.

Back in November 2016, Jacqueline and Jayson Carmichael successfully beat the government in court over the so-called “bedroom tax”. They argued the tax was discriminatory under the European Convention on Human Rights (ECHR), as Jacqueline cannot share a bedroom with her husband because of her impairments. And the court agreed, setting a precedent for other claimants.

The DWP challenged the decision, but lost.

But as politics.co.uk reported, it was back in court in February. The DWP was using the Carmichaels’ case to try and stop tribunal judges using the European Convention on Human Rights (ECHR) to rule in favour of benefit claimants. Essentially, it’s saying that, if people claim it has broken human rights laws, this evidence will not be admissible under tribunals. And on Tuesday 20 March, a court agreed, ruling that benefit claimants can only argue against the DWP on human rights grounds in the High Court, not at tribunal level.

In practice, the decision means that claimants who appeal benefit decisions will no longer be able to claim the DWP has breached any articles of the ECHR; for example, Article 14, the right to protection from discrimination. And as the Mirror reported:

Lawyers also suggested the ruling may also have serious implications for employment and immigration tribunals.

As I wrote at the time of the court hearing in February:

In January, the government was again found to have violated disabled people’s “basic” human rights. But this time under a ‘counterpart‘ treaty to the ECHR – the very laws the DWP is trying to stop people using. The report said the government had violated the European Social Charter by making benefit payments ‘manifestly inadequate’. That is, the DWP was not giving people enough money to live on; leaving them in poverty. It also said that the UK government must “urgently” reform “the benefit sanctions scheme”.

So, it’s little wonder that the DWP is trying to stop people using the ECHR, when it has breached legislation used alongside it.

Angry reactions to the DWP

DWP prevention of people 'relying' on the human rights act.
If that doesn't say enough about why this government should be removed, then nothing will.

And as one person pointed out, the DWP has effectively changed legislation without parliamentary approval:

You're allowed human rights, but DWP policy trumps them in the lower courts. Even when it hasn't been voted on by MPs and is just secondary legislation.

This case related to constitutional questions on the remedy a tribunal may give where a breach of human rights is established, and we are pleased the Court of Appeal agreed that it’s for the Government to amend relevant regulations to provide a remedy.

Since 2014, we have given local authorities £60m a year in Discretionary Housing Payments for people affected by the Removal of the Spare Room Subsidy who need extra help.

The judge said that the Carmichaels have the right to appeal. But Jayson Carmichael told politics.co.uk:

It’s been so stressful for us, we might decide that we’ve just had enough and that it’s time for somebody else to take up the fight…

It is a damning indictment of the government that two people it’s supposed to support feel beaten down by it. It’s even more damning that the DWP has the audacity to try and block human rights laws being used against it. And it’s scandalous that a supposedly independent court agrees with it.