This footballer's biggest challenge yet is taking on the UN - Canary 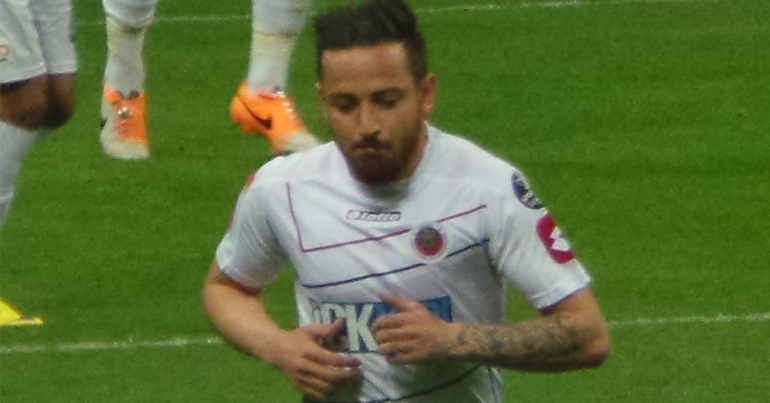 Kurdish footballer Deniz Naki is on hunger strike outside the United Nations building in Geneva, Switzerland. And he is joined by people across Europe looking to ‘break the silence’ about Turkish attacks on the largely Kurdish region of Afrin in northern Syria.

Turkey launched Operation Olive Branch on 20 January, attacking Afrin and its Kurdish-led YPG and YPJ defence forces. But the state’s conduct has led to accusations of ethnic cleansing. And on 18 March, Turkish President Recep Tayyip Erdoğan announced his forces had ‘captured’ Afrin city.

Some are holding the UN responsible for not taking action against Turkey. The state ignored a resolution for a ceasefire in Syria passed in February. But Turkey hasn’t faced penalties for its actions. And this has led people including Naki, along with others, to hunger-strike outside the UN building in Geneva.

At the current stage, the Turkish army’s aerial and terrestrial bombings have forced hundreds of thousands of Afrin residents out of their homes… The ones responsible for this are the Turkish state, and the United Nations which has failed to take action against their illegitimate invasion.

And Naki is reported by Kurdistan 24 as saying he wants:

to remind the United Nations, which has remained silent in the fate of occupation, of their responsibilities… against barbarism.

Naki is well known for his pro-Kurdish views. He was effectively banned from professional football in Turkey in January over these views.

There’s a moral responsibility for the international community in the face of an unjustified and illegal aggression… What is happening in Afrin is ethnic cleansing and the great powers are spectators.

And this is echoed by Kurdish politician Salih Muslim in an interview with ANF News on 19 March:

The international forces, the states of the world, have left us alone. This silence provided a basis for and supported the attacks of Turkey.

International accountability is spurring hunger strikes beyond Geneva, with similar protests happening in:

States including the UK claim they want “decisive action” for a ceasefire in Syria. But as The Canary has previously highlighted, the UK continues selling arms to Turkey. And this is exactly the complicity that hunger strikers such as Naki are putting their bodies and lives on the line to stop.

– Follow @ICAfrinresist or search #BreakSilenceOnAfrin for updates on global solidarity actions with Afrin.

– 24 March is World Afrin Day. Use #WorldAfrinDay to find out what’s happening near you.

– Read more about Afrin and Rojava at The Canary.