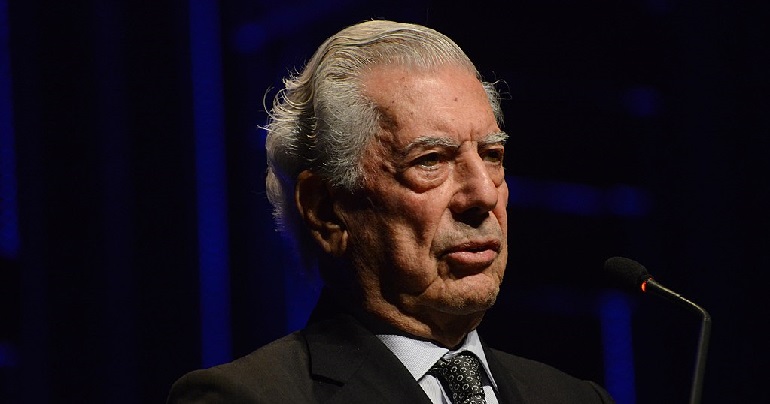 Nobel laureate Mario Vargas Llosa has sparked anger in Mexico after giving perhaps the worst possible explanation for the murder of journalists in the country.

What planet is he on?

In an interview on 19 March, the Nobel prize-winning novelist said [Spanish]:

The fact that 100 journalists have been murdered [since 2000] – I believe it is in large part because of the press freedom which today allows journalists to say things that couldn’t be allowed previously.

Mexico is currently one of the most difficult and dangerous places in the world to be a journalist. In its 2017 World Press Freedom Index, Reporters Without Borders placed the country at number 147 (out of 180 countries). It has also criticised Mexican authorities for failing to solve at least 21 disappearances of journalists since 2000.

The Committee to Protect Journalists, meanwhile, said that the number of reporters murdered in 2017 “reached a historical high”. And it pointed out that:

Away from conflict zones, Mexico was the deadliest country.

There is more press freedom in Mexico today than 20 years ago, without a doubt.

He said what he said. No one took it out of context. Not a word of empathy for the… murdered journalists

Indeed, one 2017 investigation revealed that the PRI (Institutional Revolutionary Party) government of President Enrique Peña Nieto had been spying on journalists, activists and anti-corruption groups. A statement from some of the alleged victims read:

Espionage in Mexico has become an effective mechanism for intimidating human rights defenders, activists and journalists.

A chance for change?

But today’s Mexico isn’t just a tough place for journalists to work. Income inequality is “staggeringly high”, according to Erica Belcher from the London School of Economics. The country also ranked towards the bottom on Transparency International’s 2017 corruption index, and it is plagued by human rights violations (like the apparent cover-up of the Ayotzinapa case of ‘disappeared’ student teachers) and unpopular neoliberal policies.

With an eye on July’s presidential election, however, right-wingers like Vargas Llosa perhaps have a reason for portraying the situation as ‘not that bad’. The novelist has expressed particular concern about the centre-left candidate – Andrés Manuel López Obrador (known as AMLO), who is currently the odds-on favourite. AMLO has promised to “end corruption” and, if he wins, he will be the first left-leaning president for decades. But Vargas Llosa says [Spanish] that would be “a tremendous setback for democracy in Mexico”.

His critical words ring hollow for many citizens, though, because Mexico’s young [paywall] democracy is far from healthy. The approval ratings of the current president have fallen at least as low as 16% [Spanish] in recent months. And even in 2012, only 24.7% of registered voters opted for Peña Nieto – who won thanks to massive media support and alleged voter fraud. 37%, meanwhile, didn’t vote at all.

Amid violence, inequality and corruption, most Mexican citizens are desperate for change. And that’s perhaps why so many are thinking of giving AMLO a chance in July.

– Read more about how the current Mexican government has tried to sweep the Ayotzinapa case under the carpet. See more on the human rights situation in Mexico from Amnesty International.

Featured image via Fronteiras do Pensamento