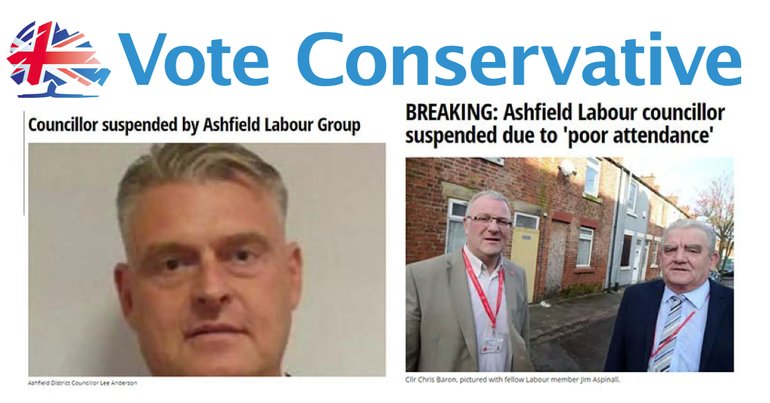 Two Labour councillors defected to the Conservative Party this week. We know because Tory chair Brandon Lewis publicly celebrated the moment. But soon after, it emerged that the planned PR coup was more of a PR disaster.

He was joined by the Tory vice-chair for youth, Ben Bradley. He claimed the councillors defected because Labour is being taken over by the “hard-left”.

This morning @Mark_Spencer and I welcomed @ADCAshfield Cllrs Lee Anderson and Chris Baron to the @Conservatives. They're sick of the hard-left #Momentum takeover of Labour, and say Corbyn doesn't speak to their values. #welcome to the party of aspiration for hard working people! pic.twitter.com/Wd5M2zTPG9

But it soon became clear that the two councillors may have had other motives for jumping ship.

The two Ashfield councillors defecting to the Tories are Lee Anderson and Chris Baron. Both have been suspended by their local Labour group. Anderson was suspended in February of this year over allegations of racism. Baron was suspended last September “due to his poor attendance at meetings and failure to report absences to the relevant party officers”.

One suspended for racism, the other for being too lazy to attend council meetings – they'll fit right in. @UKLabour is certainly well rid of them pic.twitter.com/CKuFyVtOXv