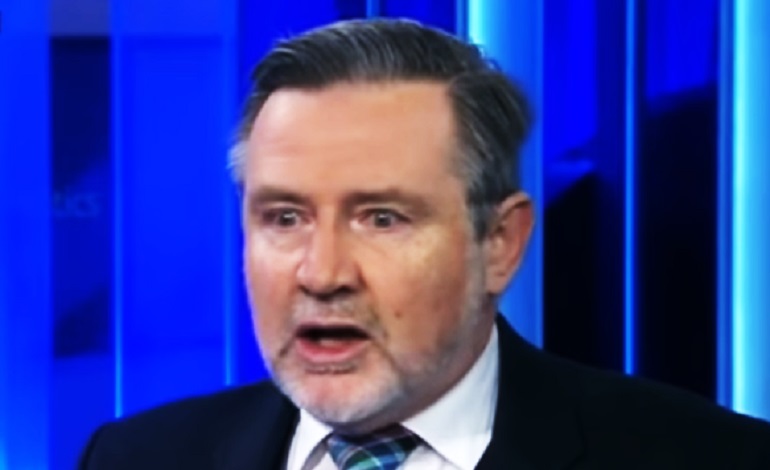 Barry Gardiner was left taken aback, live on the BBC, by a Conservative MP’s comments about food banks. They follow on from Jacob Rees-Mogg saying that food banks were “uplifting”, and that they showed what a “compassionate country” we are. But Gardiner was having none of it, as he said food bank use “shames us” all.

Gardiner was appearing on BBC Radio Four‘s Westminster Hour on Sunday 17 September, alongside Conservative MP for Mid Norfolk George Freeman and Lib Dem Layla Moran, MP for Oxford West and Abingdon. But when the discussion turned to food banks, Freeman had some choice comments about their use.

Freeman was asked [0.20] about Rees-Mogg’s comments, and whether they were a “sufficient response”. Freeman replied [0.22]:

But Freeman then seemed to imply that we should just accept food banks. He said [0.50]:

It’s been part of modern living. The cost of living has gone up… there are some issues… there are very different sorts of people with different problems…

Gardiner nails it in one minute

Gardiner, however, seemed incensed by Freeman’s response. He snapped back [1.45] that:

In the fifth richest country in the world, it shames us as a society that we have people who are in work and dependent on food banks…

He went on to reference the Ken Loach film I, Daniel Blake, saying that the scenes depicted in the film are a reality for people in the UK and that is “not right”.

Food banks are a reality for potentially millions of people in the UK. As The Canary has documented, since the Tories first came to power in 2010:

Freeman also claimed [1.12] that Tory policies are “creating jobs, giving people a living wage and… build[ing] security into the workplace”. But so far, these policies have seen:

Freeman can claim all he wants that government policies are the best way to tackle food bank use and poverty. But the evidence suggests otherwise.

As Gardiner alluded to, the reality is that food bank use is a growing stain on UK society. And it’s one that isn’t going to be easily washed away.