As the Tories isolate Boris Johnson, he gets an unhelpful defence on the BBC [TWEETS] - Canary 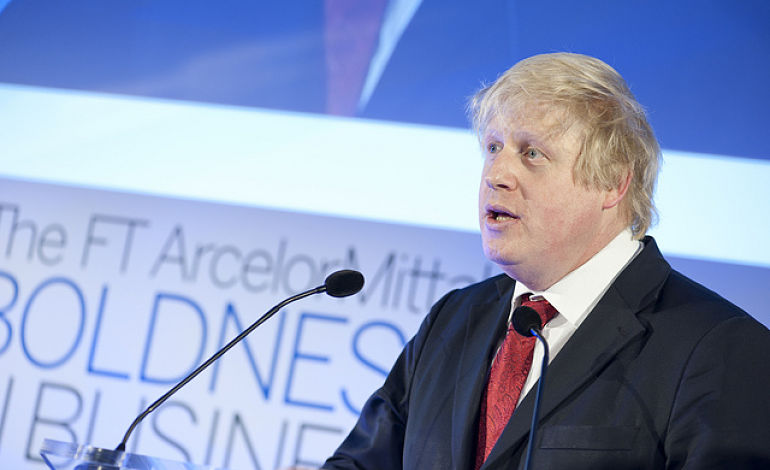 Many Tories seem to be isolating Boris Johnson after he wrote an article on Brexit. But at least one person has defended him on BBC Radio 4‘s Today programme. Though it may not be that helpful.

Conservative MP for Wokingham John Redwood was interviewed by the radio programme on 18 September. He spoke after the UK Statistics Authority wrote to Johnson to rebuke him for his use of a £350m figure that the UK allegedly pays the EU.

Johnson said in the article [paywall] published by The Telegraph on 15 September:

Once we have settled our accounts, we will take back control of roughly £350m per week. It would be a fine thing, as many of us have pointed out, if a lot of that money went on the NHS.

Presenter John Humphrys asked Redwood if what Johnson said was true when he quoted the £350m figure. Redwood said [2:16:00]:

It’s entirely true that the £350m then was our gross contribution. It’s a bit higher today. That is the official figure. And the statistical disagreement is not over whether that’s the gross figure or not. As I understand it, the statistical intervention is that he should have used the net figure rather than the gross figure. We’re going to have an awful lot of letters if it’s suddenly the case that every bit of homework by a leading politician has to be marked by the statistical people…

Many listeners responded on Twitter, finding what Redwood said on the programme astonishing. Firstly, they thought telling the truth about statistics was important:

Expenses cheat John Redwood thinks that politicians like him & Boris Johnson should not be accountable for lies… #r4today #ToriesOut pic.twitter.com/bsSMOglT25

John Redwood on Boris: 'Politicians like him mustn't be held to account for lying about statistics' = lying is ok.#r4today #brexit

And then, they recalled that Redwood has had a problem with figures before:

Wasn't John Redwood disgraced in the expenses scandal by claiming something twice? Shouldn't he be in prison rather than on @BBCr4today?

The ‘Leave’ campaign memorably said the UK would save £350m a week after Brexit, which we could give to the NHS instead. But even lead Brexit campaigner Nigel Farage distanced himself from the figure after the referendum result. And fact checkers have confirmed what the Statistical Authority says. Independent fact-checking organisation Full Fact says our contribution to the EU now works out at about £234m per week. And that does not include the amount within it that is spent on the UK.

Number 10 had not cleared Johnson’s article before it went out. And his colleagues have said he put his “personal ambition ahead of the Brexit process”. Although reports suggest it may be a “leadership bid”, Home Secretary Amber Rudd said outright on the BBC‘s Andrew Marr Show that she for one didn’t want Johnson “managing the Brexit process”.

This fiasco could be a sign of more rifts in the Conservative Party. As Foreign Secretary, Johnson would normally take the lead on international matters. But with the creation of the Department for Exiting the EU, Johnson’s role doesn’t include Brexit. So he appears stuck, desperately wanting to comment on issues which aren’t part of his watch.

Johnson may well be popular with some within the party. But if their interventions are anything like Redwood’s, it’s doubtful they’ll be much help to him. And none of it is likely to help the Brexit process.

– Support The Canary and raise the platform of independent media.