This student was allegedly murdered by a taxi app driver. But some idiots still claim she's to blame. - Canary 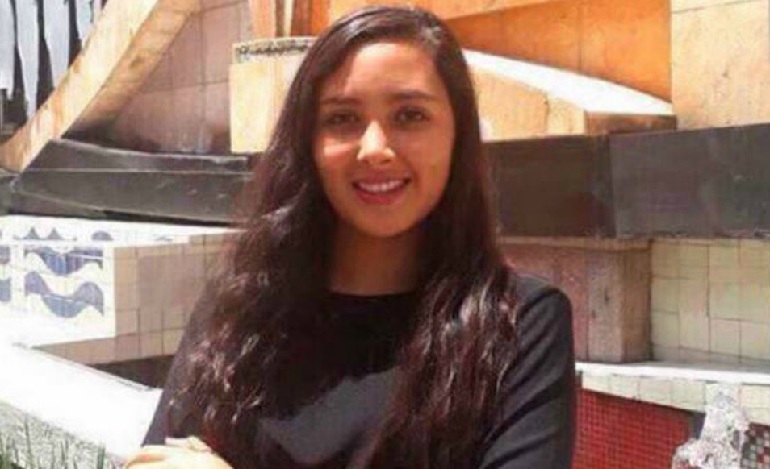 On 8 September, a 19-year-old student used the Cabify taxi application. But she never got home. The driver reportedly raped her, murdered her, and then dumped her body. Yet some absolute idiots are still claiming that victims like her share responsibility for their murder.

Mexican authorities now believe [Spanish] that the Cabify driver in question raped and killed Mara Fernanda Castilla in the early hours of 8 September. And he could now face 85 years in jail [Spanish].

Cabify, meanwhile, has insisted on the rigorous nature of its security protocols. And in a Twitter message, the organisation said [Spanish]: “We deeply regret Mara Fernanda’s death. Our whole team sends solidarity to her family…”

Since Castilla’s murder, however, some people have argued that Cabify does not properly screen its drivers. And fellow taxi app Uber has now said that, back in May, it actually fired [Spanish] the man allegedly responsible for killing Castilla as a result of his behaviour.

Some citizens say they’ll never use taxi-hailing apps again. But as many Mexicans mourn yet another horrific death, the mind-boggling attitude of others helps to explain why over a thousand women have been murdered so far in 2017. Because some people still believe Castilla and victims like her are responsible for their own murders. And this stance has even come from people in positions of power.

A university professor moves blame away from murderers, and onto their victims

In 2016, Mexico’s National Institute of Statistics and Geography (INEGI) revealed [Spanish, pdf p12] that there had been 43,712 femicides (the murder of women or girls, usually by men and on account of their gender) between 1990 and 2015. And as OpenDemocracy has explained, “77% of feminicides are not prosecuted, with a large proportion of bodies never identified”.

As The Canary has reported previously, chauvinist views in circles of power are not uncommon in Mexico. And these attitudes are apparent in the levels of impunity for criminals guilty of sexual assault and femicide.

In fact, the chancellor of one university (in the same state where Castilla was murdered) recently blamed liberal social attitudes for sexual assaults and femicides. Job César Romero from the Universidad Madero (UMAD) reportedly said [Spanish]:

This is due to the decomposition of society and the freedoms that girls have. Now, any of them can go out very late at night. They can return home very late. They’ve been gaining these spaces in their families to earn this autonomy, to travel in their cars or by other means. I believe that, in this freedom and decomposition of society, they fall into the hands of people who intend to hurt them.

While there are people like Romero who try to shift some blame onto the victims of gender violence, many Mexicans are demanding a change in attitudes. Although the country celebrated its independence day on 15 and 16 September, thousands of citizens saw no reason for celebration; and marches took place across Mexican cities on 17 September, with protesters calling for government action on the country’s dismal femicide figures.

Fighting back in an environment of impunity

One Amnesty International report from 2016 shows a general environment of impunity in Mexico today. Even police officers, it said, had illegally arrested, tortured, and sexually abused dozens of women; and authorities had only prosecuted a small number of the perpetrators. Amnesty’s 2016/2017 report on Mexico also reflected this reality, saying:

In short, there’s a big uphill struggle for Mexicans who want justice for the thousands of women who are murdered every year. And a significant part of that battle is fighting against the absurd attitudes of people who believe victims share the blame for their own murders. But for every shocking story, there are thousands of furious citizens who are becoming more and more dedicated in their fight for justice.

– Read about the Ayotzinapa case (the forced disappearance of 43 student teachers); which the current Mexican government has tried to sweep under the carpet. And see more on human rights in Mexico from Amnesty International.