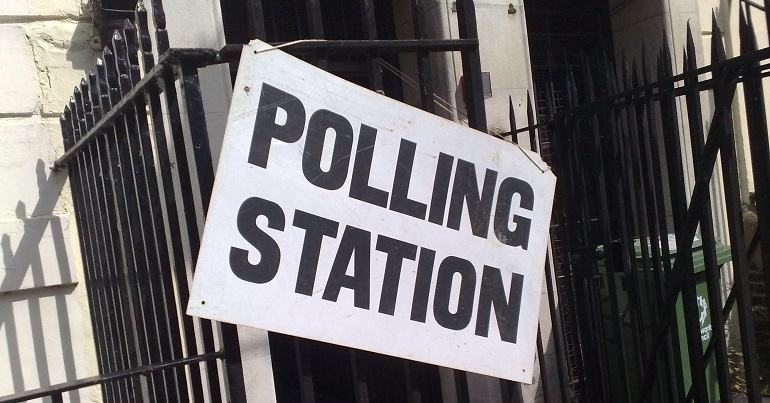 There’s less than a week before local elections take place across England. Most of the media is focused on predicting how the votes will fall. But an explosive new report from the Electoral Reform Society (ERS) should change the conversation.

The report highlights the major flaws in the trial of mandatory voter ID at polling stations. Its findings suggest up to 11 million people risk losing their vote if strict ID requirements are introduced nationally.

The ERS says it’s not hard to see the plan as “a calculated effort by the government to make voting harder for some citizens”.

The government announced the mandatory voter ID trial in 2017. The trial is designed to prevent electoral fraud and voter impersonation. Speaking at the time of the announcement, minister for the constitution Chris Skidmore said:

we need to ensure that our elections are safeguarded against any threat or perception of electoral fraud.

The trial is taking place at the upcoming local elections. Voters in Woking, Gosport, Bromley, Watford and Swindon will need to show ID when voting.

The scheme mirrors similar laws in a number of US states.

No evidence fraud is a significant issue

However, evidence [pdf, p1] compiled by the ERS suggests the scale of voter impersonation and fraud is minimal. It claims there were only 28 allegations of voter impersonation in the 2017 General Election. Of those, just one case ended with a prosecution. Due to this, ERS Chief Executive Darren Hughes suggested the government’s trial is disproportionate. He said:

Mandatory voter ID is a sledgehammer to crack a nut.

Elsewhere in the report [pdf, p3], the ERS analyse the numbers of people who could be left without a vote. Their research found that 3.5 million voters currently don’t have any form of photo ID. Worse still [pdf, p3], 11 million voters currently don’t have a passport or driving license. So if the law required a passport or driving license to vote, almost a quarter of the UK population would be ineligible.

The other key revelation in the ERS report is that voters would not be equally affected by voter ID laws. It found that [pdf, p4] older people were less likely to own a passport, and people under 20 and over 65 are less likely to own a driver’s license. Additionally, possession of ID is unevenly distributed across the UK. Only [pdf, p4] 80% of people in Wales own a passport compared to 94% in London.

These findings build on concerns identified by others. In a letter from the Equality and Human Rights Commission (EHRC) to the Cabinet Office, which was leaked to The Observer, major issues were flagged with voter ID requirements. The letter said that EHRC is concerned voter ID laws:

will have a disproportionate impact on voters with protected characteristics, particularly older people, transgender people, people with disabilities and/or those from ethnic minority communities. In essence, there is a concern that some voters will be disenfranchised as a result of restrictive identification requirements.

The report comes at a bad time for the government. Because for those affected by the Windrush scandal, voter ID laws could make things much worse. People who migrated to the UK up to 70 years ago, who have also been unable to prove their right to live here, are obviously less likely to have ID.

Speaking to The Canary, an ERS spokesperson said:

These plans will affect those people who don’t have the right documentation. If the government push ahead with the strict form of voter ID, millions of people will be effected, potentially including those effected by the recent Windrush revelations and those already on the margins of politics. So we are urging the government to think again on these proposals, so that many people who don’t have the right documentation aren’t excluded from voting. We see this is a sledgehammer to crack a nut when there is no evidence to justify such a draconian change to our democracy.

The government is coming under increasing pressure on its voter ID proposals. A coalition of over 40 civil society organisations and academics have joined together in opposition to it. Labour has also alleged that the proposals form part of the “hostile environment” which caused the Windrush scandal. With such widespread opposition to the proposals, this policy could be dead in the water before it even gets started.