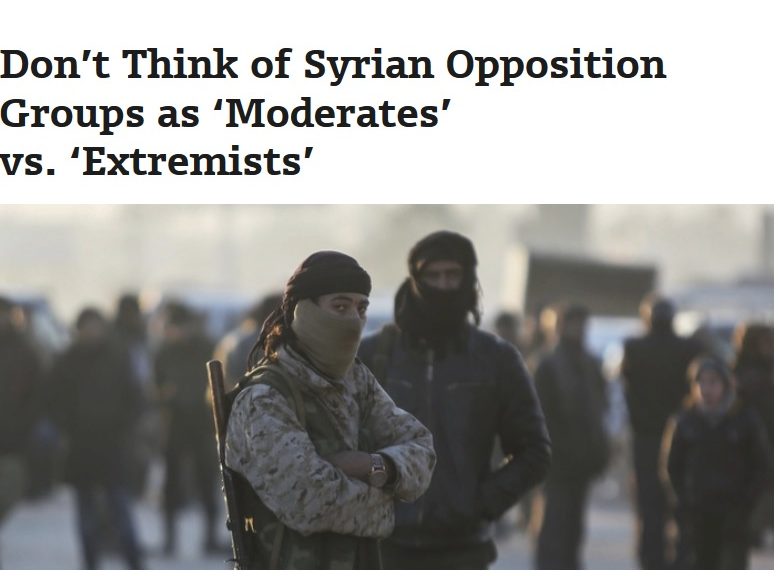 Conservative MP Johnny Mercer has hit the headlines recently after going rogue and describing the Conservative Party as a “shit show”. Which, in fairness, it is.

Mercer, who is a former army captain, tweeted:

White poppies are attention seeking rubbish. Ignore the wearers of them. If you don’t want to wear a poppy don’t bother; they fought and died so you could choose. But don’t deliberately try and hijack it’s symbolism for your own ends. Well done @BrianWoodMC https://t.co/HRK3wW3qY5

Social media users owned every aspect of Mercer’s tweet. Some took him to task over his “attention seeking” comments:

My mum & dad were pacifists.
He offered to drive ambulances but was turned down. He spent WW2 recruiting people for secret underground factories & firewatching at a hospital.
She was a nurse & cared for people with limbs blown off, hideous burns etc.
You are an attention seeker.

My grandpa and his 18 year old brother were at the Somme, grandpa came home, is brother did not.
Grandpa always wore a poppy to honour his brother & comrades – he always wore a white one. He earned the right to make that choice and he was not attention seeking.

Twitter user @mollyluna11 continued in a powerful thread to Mercer: 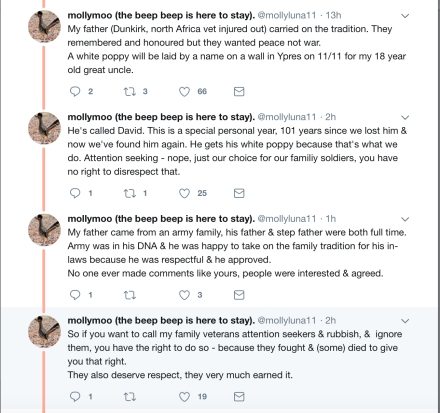 1. Far more people wear red poppies as a ‘virtue signal’ than ever get to wear white poppies, so please don’t belittle the ‘whites’

2. Wearing both a red poppy and a white poppy says you respect and admire the sacrifices of our military but you are hoping there’s a better way

Twitters users also criticised Mercer’s comments about ‘hijacking’ symbolism. Many highlighted that the white poppy movement began in 1933 when the Co-operative Women’s Guild sent a clear message of “no more war”:

They were first worn in 1933 by the Women’s Co-operative Guild to symbolise a message of “no more war”. Do you think those women, whose lives were so devastated by WW1, were mere attention seekers? #whitepoppy

And as others pointed it out, it’s not white poppy wearers who are hijacking the issue, but arms companies:

The white poppy was introduced nearly a hundred years ago (by a group that included veterans) due to fear the red poppy was being hijacked away from 'never again' to glorifying war. When arm's companies now promote poppies, I'd say their fears were right. https://t.co/hSQYO9qKE7

Another Twitter user gave a clear example of this:

This was a turning point for me.

Other social media users also informed Mercer that all wars have hijacked the message of “never again” that the red poppy was supposed to convey:

It's already been hijacked, Johnny. The original text on the poppies said "Never Again". Every war fought since 1918 has been an insult to the memory of those who died in the belief they were fighting the war to end all wars.

Many people also noted that the tone of Mercer’s tweet was contrary to the very notion of why lives were lost:

So lives were sacrificed to uphold our freedom to unquestioningly conform to a single way of thinking. Interesting outlook.

Others accused him of “bigotry”:

As an MP of UK Parliament do you think it is appropriate to incite such bigotry, hatred & divisiveness over what is a symbol for anti-war, pacifism & peace, remembering all casualties in all wars #antiwar#WhitePoppies#DivestFromWar pic.twitter.com/PbmWq42OKQ

Even people who support the red poppy weren’t happy with Mercer’s tweet:

I wear a red poppy with pride every year, but you are talking absolute nonsense here. As you rightly say, people fought for our freedom so we could be free and choose – and that includes choosing to wear the white poppy, which is an important symbol of remembrance for many.

How about people wear what the hell they like without you pontificating about what colour it should be. It’s called freedom of choice. My poppy happens to be red but I’m not going to tell anyone else they must wear one.

Others told Mercer exactly why they wear white poppies:

We wear white poppies in memory of all the victims of war, of all countries, soldiers and civilians. The best way to remember the dead is to ensure that there are no more deaths by working for peace.

On Remembrance Sunday, Theresa May will lay a wreath of red poppies at the Cenotaph. Conservative MPs will posture with their red poppies prominent on their lapels. These are the same MPs who support the UK arming Saudi Arabia despite its ongoing war and indiscriminate bombing of civilians in Yemen. These are the MPs who supported a rise of two-thirds in arms sales to the regime in 2017 and continue this support despite the UN warning that Yemen is now facing the “world’s worst famine in 100 years”.

This is rank hypocrisy. This is the real virtue signalling and the real hijacking of saying “never again” to war. It is politicians and arms companies that have distorted the message of remembrance, not those who choose to wear of symbol of peace.

– Find out about Peace Pledge Union’s work and order white poppies to share with your community.