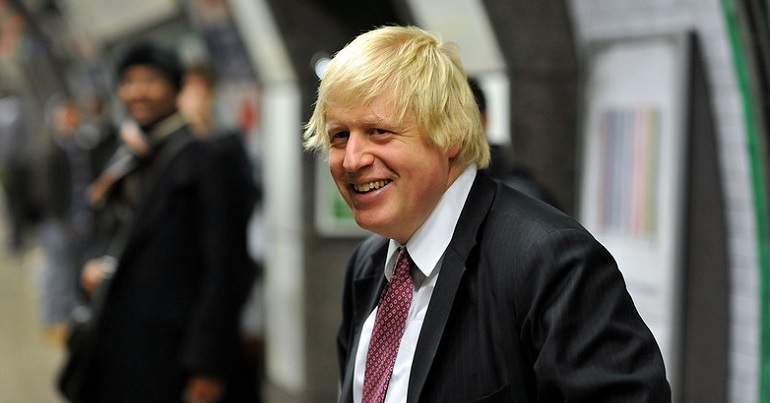 Journalist Charlotte Edwardes has revealed allegations of sexual misconduct against PM Boris Johnson. She described the incident in a column for the Times.

Edwardes said the incident took place while she was sitting next to Johnson at a staff event for the Spectator:

Under the table, I feel Johnson’s hand on my thigh. He gives it a squeeze. His hand is high up my leg and he has enough inner flesh beneath his fingers to make me sit suddenly upright. My mother always said: “Wear a badge to the cinema with which to stab the wandering hands.” But this is work, so I am silent.

She mentioned sitting on Johnson’s right and said her colleague, on his left, had the same experience. Edwardes’s colleague confirmed to her, “Oh God, he did exactly the same to me”. The experience prompted Edwardes to describe Johnson as “the double thigh-squeezer”.

Johnson was reportedly married at the time. Edwardes recalls him discussing his wife at the event.

Edwardes wrote the column to reflect on the #MeToo movement a year later. She asked:

But what has really changed? It’s a reference point, I suppose — I was able to say recently, to a work contact putting his hand on my knee during lunch: “Actually that’s illegal now, can you please stop?”

Then again, the double thigh-squeezer is prime minister.

Downing Street had not offered any comment in response to the allegations at the time of writing.

Meanwhile, Johnson’s prorogation of parliament in the lead up to Brexit has been ruled as unlawful by the Supreme Court. He’s also currently facing the possibility of a police investigation for allegedly helping his friend Jennifer Arcuri acquire government funding she shouldn’t have been entitled to.

Shadow chancellor John McDonnell has also called for an inquiry into potential conflicts of interest with Johnson’s financial backers.