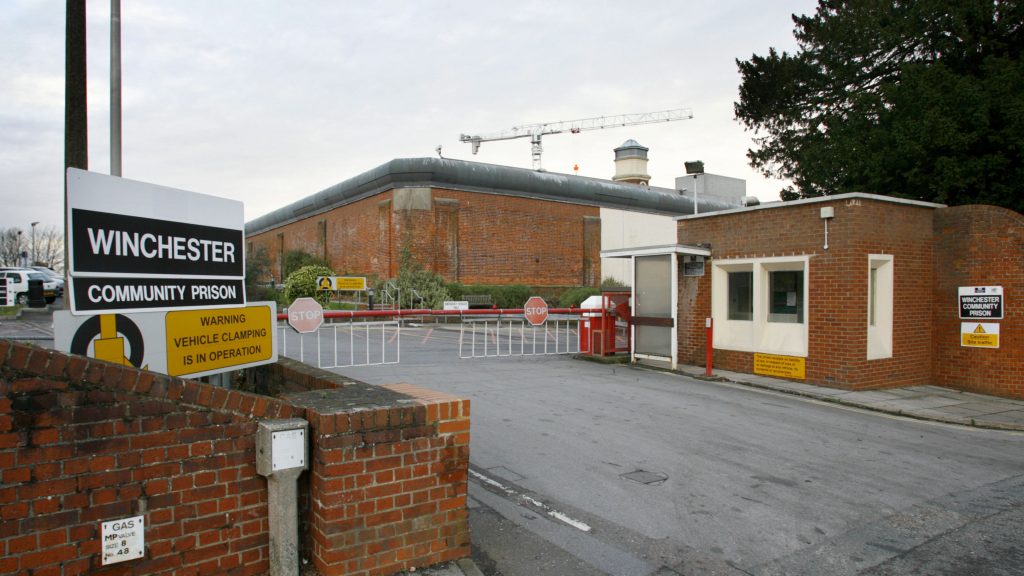 Staff at a prison are resorting to using force up to 60 times a month in a bid to quell regular outbursts of violence among inmates, according to a report.

Safety at HMP Winchester – the subject of a current television documentary – was being “compromised” as a result of the unrest, the jail’s independent monitoring board (IMB) said.

The Victorian facility has been in special measures for the last year after serious concerns were raised about the conditions – and the rating remains in place.

In August, 150 inmates were moved out of the jail and transferred to other prisons after a riot erupted and police were called in to tackle the incident.

The IMB said “unsatisfactory” progress has been made since its critical report, despite some improvements.

Drugs are still prevalent, there are “very high levels of self-harm” while the buildings are “not fit for purpose”.

The report said: “Safety has been compromised by regular instances of violence by prisoners, requiring the use of force by staff (averaging between 40-60 interventions each month), which reflects the fragile nature of the jail.

“Drug debts and power struggles, particularly between gangs, are seen as the main causes of violence.

“Starting fires in cells has become more prevalent as a way of gaining attention. Bad behaviour has sometimes not resulted in appropriate sanctions.”

The report said there had been a “small increase” in the number of assaults and fights but this has fluctuated over the last year.

“Assaults on staff have fluctuated, reaching a peak in the summer of 2018. A worrying trend has been the use of boiled water as a weapon. From a high point in July 2018 there has been a welcome reduction in such assaults.”

The Hampshire jail is currently featuring on the Channel 4 documentary Crime And Punishment, which has shone a light on the problems beyond its walls.

Built in 1846, the category B prison, which has capacity for 685 prisoners, also operates as a young offender institution.

Last year the board said prisoners were merely being “warehoused” at the jail, being kept in squalid conditions for up to 23 hours a day.

The latest report warned prisoners were still locked behind their cell doors for too long and there had been superficial but not “substantial” efforts to tackle the out-buildings.

Challenges “persist in spite of improvements in the prison’s operation and treatment of prisoners”, and extra resources supplied as a result of being in special measures have helped.

IMB chairman Angus Somerville said: “The pervasive influence of drugs, violence, and self-harm, together with the inadequate environment all serve to frustrate the undeniable efforts of the many dedicated prison staff working at Winchester.”

Over the last year the number of staff has risen by 30% and refurbishment work is still ongoing, according to the Ministry of Justice (MoJ).

A Prison Service spokesperson said: “We are pleased the independent monitors found significant improvements have been made at HMP Winchester.

“Every prisoner now has a dedicated officer providing support during their time in custody, which, coupled with increased staffing levels, is helping to bring down levels of self-harm which are unacceptably high.

“New scanners are helping to tackle the illicit drugs which drive much of the violence and we have seen a reduction in drug use.

“We are under no illusion that there is still much work to be done at Winchester and across the estate, however, which is why this Government is spending £100 million on security measures and £2.5 billion on 10,000 new, modern prison places.”

IMBs are made up of volunteers appointed by justice ministers to scrutinise prison conditions.