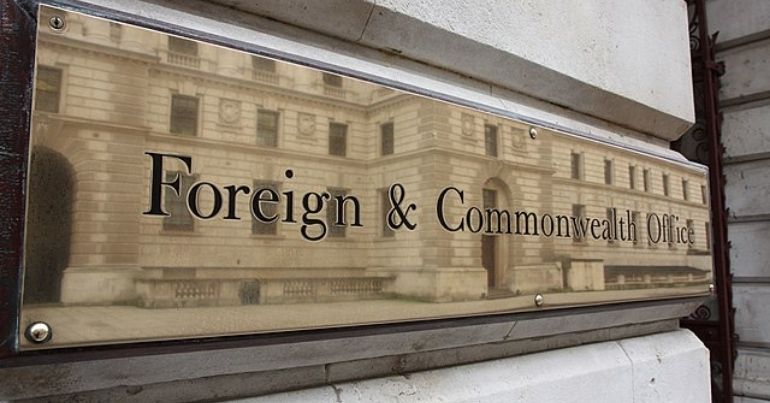 Matt Kennard of Declassified UK put in a range of FoI requests over a two year period at Declassified UK. But some were refused. These included questions about Tony Blair’s dealings with the Syrian government and Foreign Office programmes in Bolivia. Declassified was able to acquire government emails which showed what had taken place behind the scenes.

Foreign Office emails recently obtained by Declassified UK detail internal investigations into Kennard’s background. FoI’s are meant to be treated “without reference to the identity or motives of the requester”.

Kennard’s March 2021 request about Bolivia was discussed in the emails.

A Google search brings up a number of [Kennard’s] links to journals like the Guardian etc,” reads the internal email from the information rights unit, which deals with public requests.

A subsequent email shared links to Kennard’s Guardian, OpenDemocracy, and Wikipedia bios. An email was sent rejecting the FoI hours later which included the message “requester looks to be a journalist”.

Kennard also made a request for all information held on him by the Cabinet Office for the 18 months up to March 2021. This was initially rejected on the grounds that there was too much information to process.

The Cabinet Office does seem to have admitted that initial searches for data showed 1,900 mentions of data relating to “Kennard”. In its response, the Cabinet officer said that the high number was likely due to:

media article monitoring, where multiple copies of articles written by you could have been circulated in the Cabinet Office

The searches show that four cases involving Kennard’s requests were given to the Cabinet Office’s so-called Clearing House. The Clearing House is a controversial internal organisation which is thought to intervene when sensitive information is being requested.

OpenDemocracy, which first reported the Clearing House, describes it as a:

secretive FOI unit gives advice to other departments “to protect sensitive information”, and collates lists of journalists with details about their work. These lists have included journalists from openDemocracy, The Guardian, The Times, the BBC, and many more, as well as researchers from Privacy International and Big Brother Watch and elsewhere.

The Clearing House is led by Michael Gove MP and has been accused of blacklisting reporters.

Everyone has a right to know about the activities of public authorities, regardless of who they are or the reason why they are seeking information. This is a core principle of holding government to account in a democratic society. Accordingly, the FOIA is clear that requests must be treated as purpose and applicant blind.

A public authority’s focus should be on the information sought, not on who is requesting it — disclosure to a single requester is after all effectively disclosure to the world.

This apparent selective application of the Freedom of Information Act is not in keeping with the letter or spirit of the law, and is yet another worrying example of restrictions being placed on media viewed as critical.

The UK government is obligated to act transparently and must comply with FOIA requests submitted by any journalist, or any member of the public for that matter. Such undue restrictions on freedom of information are only serving to tarnish the UK’s press freedom record.

Declassified has previously been blacklisted by the government over its reporting of the Yemen crisis.