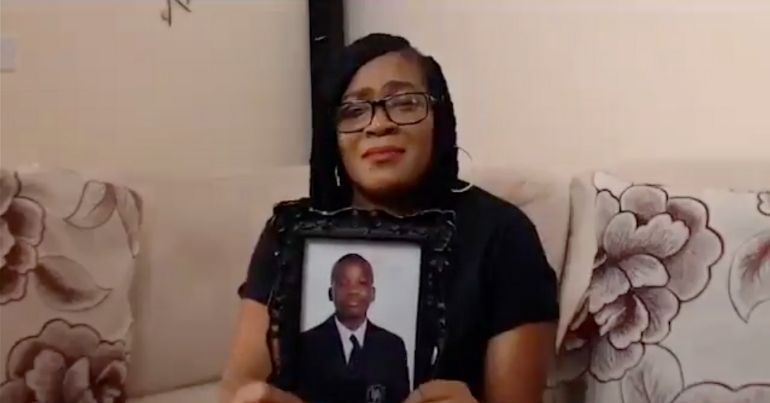 On 12 June, campaigners are demonstrating against the deportation of Osime Brown. Brown is a Black, autistic 22-year-old who hasn’t set foot in Jamaica since he was 4-years-old. Campaigners are calling on those who can’t make the protest to take part in a Twitterstorm at 7pm on 10 June.

Osime Brown is a Black, autistic, and learning disabled young man facing deportation by the Home Office. He was imprisoned in 2018 under the joint enterprise act for being present when someone else stole a mobile phone. As a result, he lost his leave to remain. Now, the Home Office intends to deport Brown from his home in Britain to Jamaica, a country he left when he was just four years old.

Explaining that her son’s “whole life is like a conveyor belt, from bad to worse”, Brown’s mother said:

Right now, the priority is Osime’s health and to lift the threat of deportation from off his head; it’s destroying him and he is struggling to cope with this uncertainty; for him it’s a torture, like being on death row, not knowing why or when.

Each time the doorbell rings he would say they are coming to get me.

Reflecting on the injustice of the planned deportation, she said:

My grandparents came to this country 1960 and contributed and I do too. My grandmother went to Jamaica and could not return, she died there and I am looking at history repeating itself. With the situation my son finds himself; there is no shadow of a doubt that he too will die if he is sent to Jamaica.

Protest to stop the deportation

In December 2020, over 100 public figures signed a letter to home secretary Priti Patel calling for her to stop Brown’s deportation. In February 2021, MPs called on the Home Secretary to halt the deportation. The judicial review on his deportation is expected to announce its findings soon. Justice for Osime Brown is now gearing up for a protest at midday on 12 June ahead of the judicial review decision:

Sisters Uncut announced that the group, along with the Kill the Bill coalition, will be attending the protest in solidarity with Brown’s family:

Sisters Uncut and #KillTheBill demand #JusticeforOsimeBrown and all those targeted by the racist, ableist state.

We stand in solidarity with Osime and his mother Joan in her fight to free her son.

📣Join the demo on Saturday before Osime Brown's judicial review!📣

We're meeting at 12 in front of the Home Office and marching to Parliament.

We'll be joined by:@johnmcdonnellMP@OwenJones84@zenscara@NExclusions@NeuroLabour
& many more.

Sharing a reminder about safety at the protest, Justice for Osime Brown shared:

To keep you safe we will:

·Have stewards reminding you of social distancing
·Have stewards routing the march
·Have hand sanitiser and masks available
·Be sanitising equipment (mics, megaphones etc) #StopTheDeportation

Justice for Osime Brown has asked anyone who isn’t able to attend the protest on 12 June to take part in a Twitterstorm to raise awareness about Brown’s case on 10 June at 7pm:

Urging people to take part in the Twitterstorm, the Black Liberation Alliance tweeted:

Tonight support the Twitter storm for #JusticeForOsimeBrown . We must #StopThePlane #StopTheDeportation . We cannot allow the imperialist state to use the borders as a tool of control and dehumanisation. https://t.co/MTlSykr5el

People looking to get involved in the campaign can also sign and share the petition calling on the government to allow Brown to stay in the UK.